When travelling to New Zealand, you’ll notice that the Maori culture is very prevalent throughout the entire country. One of my most memorable experiences of my trip to New Zealand was having an authentic hangi dinner.

A hangi is traditional Maori meal that is cooked by steaming food which is usually placed underground. I had mine in Rotorua. 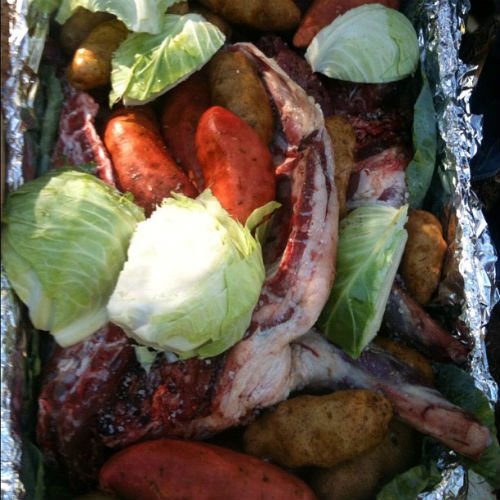 To prepare our hangi, a pit was dug in the ground which was big enough to fit the stones and wood as well as the food. First wooden branches were placed in the hole which acted as the base and as a tunnel to suck in the oxygen which fuelled the fire. Then volcanic stones were placed on top of the branches as well as firewood. This was then lit and left to burn for hours, till the fire burned out and the rocks had become white from the heat. 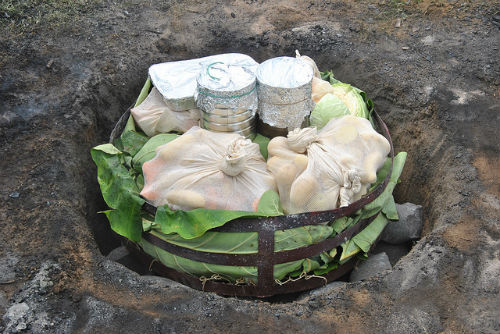 Then the hangi was laid. The remaining bits of wood were carefully removed and the rocks were laid out evenly in the hole. After they were covered with a wet cloth creating lots of steam, baskets of food were placed on top. We had chicken, potatoes, pumpkins, kumara (sweetpotatoes) and carrots, but a hangi tends to contain pork and beef as well.  The hole was then covered with wet sacks which were strategically placed on top in order to avoid dirt getting into our food. The sacks were carefully covered with dirt from the edges up to the top of the pile so the steam wouldn’t escape from the pit.

After 2-3 hours the food was ready to be uncovered and served. It was eaten in a lot less time than it took to make it, but admittedly it tasted all the better for it. 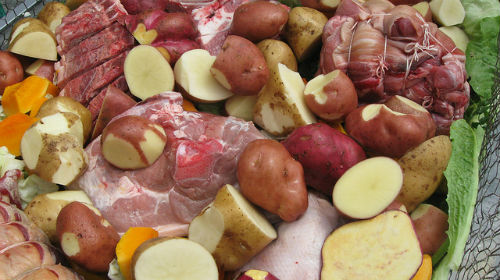 Would you like to experience a traditional Maori hangi yourself, why not have a look at our selection of trips to New Zealand on www.trafalgar.com?