St. Patrick’s Day is here and let’s be honest, it’s the perfect day to enjoy a beer or two. All over the world the Irish and Irish-at-heart celebrate the country’s culture by holding parades, eating traditional foods like corned beef and cabbage, and raising a glass to the man himself.

Almost every region in Ireland celebrates St. Patrick’s a little differently. For example, in Dingle, things kick off from 6am with the Dingle Fife and Drum Band taking to the streets; whereas in Dublin celebrations last for up to four days! So in recognition of these regional nuances, we’ve selected five Irish beers to try on St. Paddy’s, which represent different areas of the country.

A pint of Irish stout

Beamish is a dark, bitter stout with chocolaty and caramel hints – some even liken it to Guinness, but with a lighter consistency. Beamish and Crawford was established in Cork back in 1792 and was the longest-established brewery in the city, until the brand was eventually taken over by Heineken and closed down in 2009. Beamish is now made at the Murphy’s brewery, not far from its original home.

The Guinness brewery was established in Dublin by Arthur Guinness in 1759 and has been made in the same place ever since. Guinness is a smooth iron-rich stout with hints of toffee, and when poured develops an iconic creamy white head. Many people describe the drink as a meal in itself, due to its dense consistency. 13 million pints of Guinness are consumed around the world on St. Patrick’s Day, making it the drink of choice. 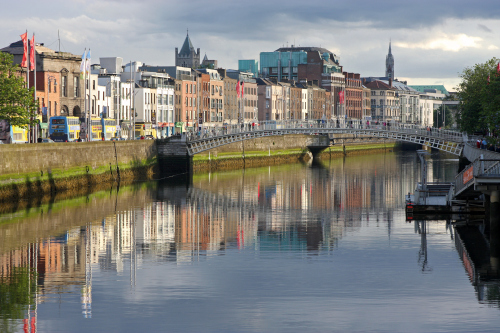 Relatively new but no less popular than its more established rivals, Ohara’s was first brewed in 1999 and has won a string of prestigious awards for quality and authenticity. The drink is a smooth, full-bodied stout with a combination of hoppy and espresso-like flavours, and the brewery prides itself on providing a beer that tastes how Irish stouts used to be.

Dating back as far as the 14th century, the Kilkenny Cream Ale is reddish-brown in colour and sweet and creamy in flavour. Kilkenny was originally brewed at Smithwick’s, the oldest brewery in Ireland, but is now brewed in St James’ Gate, Dublin. Kilkenny is available in draught and in cans, and its popularity has spread all the way to Australia and Canada, two of the ale’s largest importers.

Made from roasted barley, giving the stout a rich, chocolaty flavour, and complemented by notes of vanilla and aniseed, Black Rock is best consumed at room temperature. The Dungarvan Brewing Company launched in 2010 and its range joins a host of new craft beers that have emerged over the last few years. Its defining differentiator is that the stout is kept in its purest form – by being bottle-conditioned.

For the ultimate celebration of Irish culture, join us in the Emerald Isle.