The azure waters and quaint white villages of the Greek Islands were renowned the world over even before envy-inducing photos started flooding your Instagram feed. But this bucket-list destination is so much more than pretty vistas. Here’s a few fun travel facts you probably never knew about this European holiday hot spot. 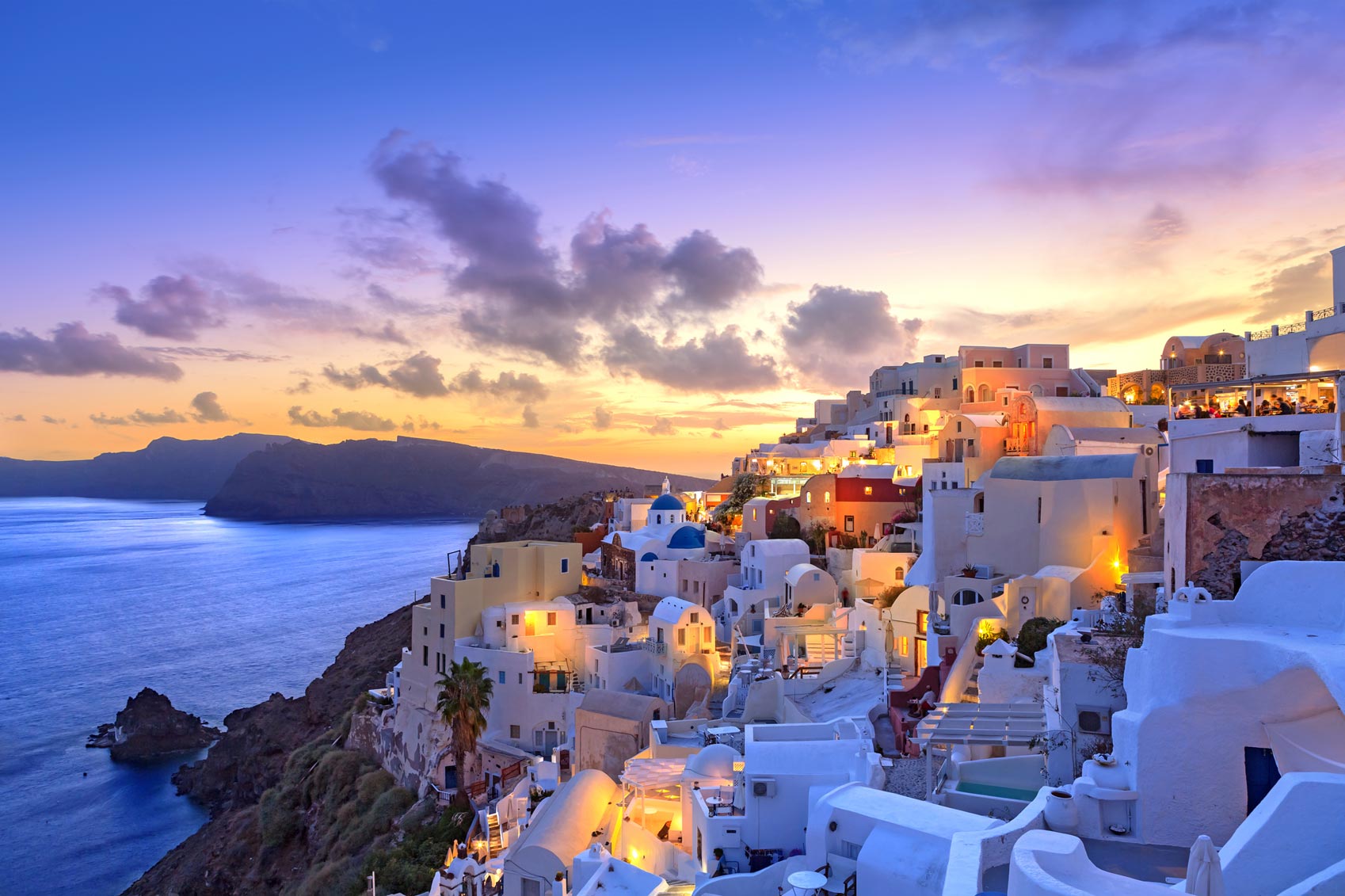 It’s said that when God finished creating the Earth, he had a few rocks left. So he tossed them over his shoulder, and they landed in the Aegean Sea, thus creating the Greek Islands. From the barren, rocky shores of the picturesque Cyclades to the lush, wooded coastlines of the Sporades, the Greek Isles are as diverse as they are numerous. Although Greece has more than 5,000 islands, only about 200 are populated. Some of these lesser-known Greek islands include; Ikaria, Ammouliani, Meganisi, Antiparos and Kythnos.

2. Crete is the largest of all the Greek islands. 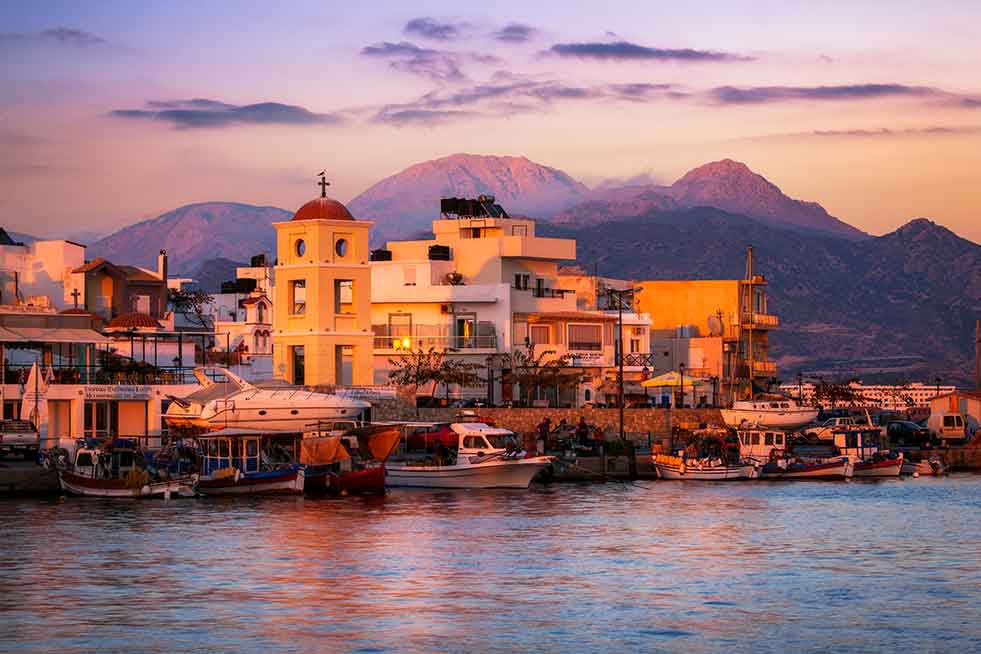 The largest and most populous island in Greece, Crete covers a whopping 8,336 square kilometres, with a population of over 630,000 people. Famous Cretans (not to be confused with cretins) include painter, sculptor and architect Domenico ‘El Greco’ Theotokopoulos and the Greek god Zeus himself! 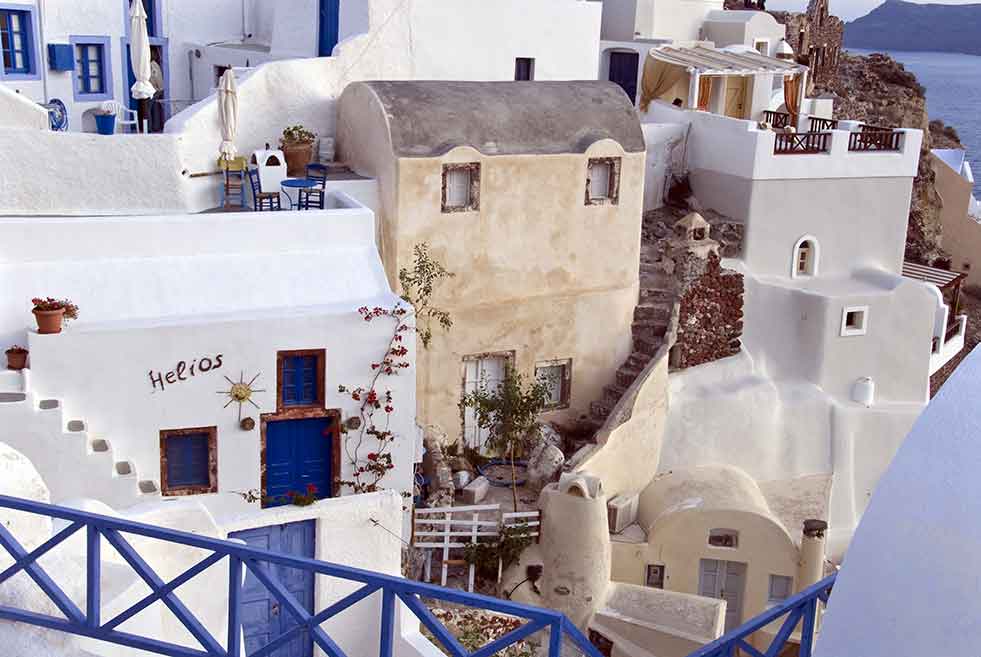 Ever wondered why so many of Greece’s islands are awash with beautiful blue and white houses? According to ancient beliefs, this particular shade of blue keeps evil away. The locals call the colour kyanos, which is where we derived the words ‘cyan’ and ‘cyanide’.

4. Rhodes is the most popular holiday spot in Greece 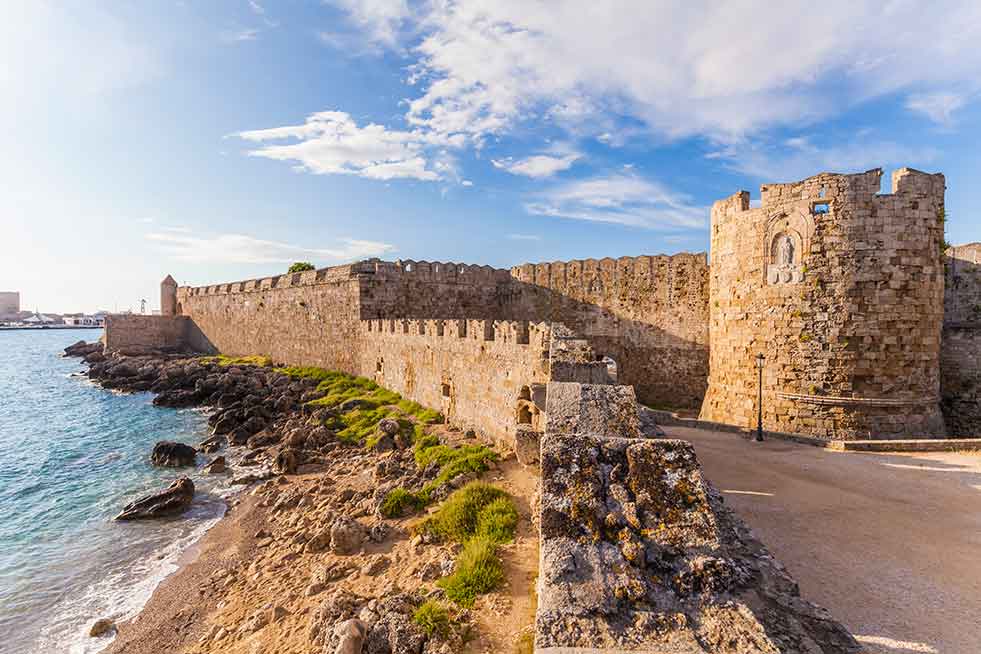 It’s reported that the city of Rhodes (the capital of the island of Rhodes) is the most popular holiday spot in Greece. Famous for its perfectly-preserved medieval Old Town and too-good-to-be-true turquoise beaches, we can understand why.

5. Santorini is an active volcano 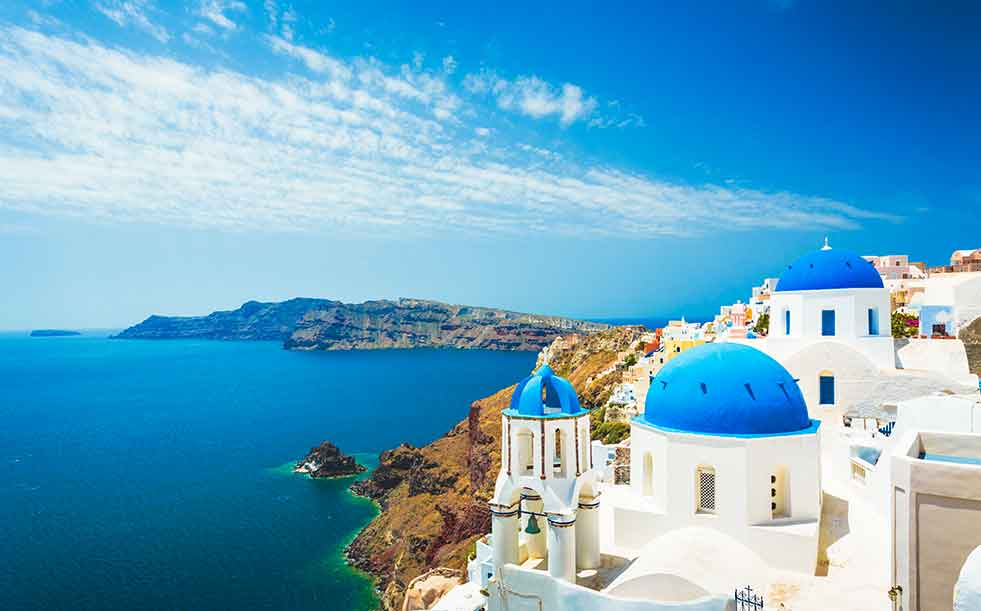 The island of Santorini actually remains an active volcano to this day (though in a dormant state). Scientists have found evidence of at least 12 large eruptions in the last 200,000 years, with the last one shaking its shores in 1950.

6. Pelicans are the mascots of Mykonos 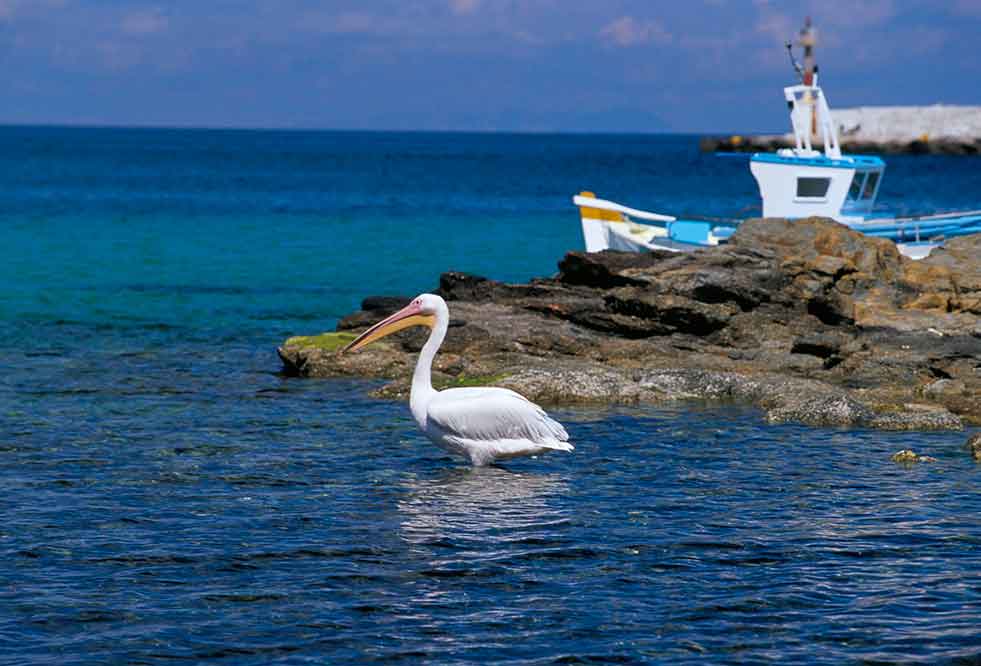 The official mascot for the island of Mykonos is a charismatic pelican named, Petros, who decided to call Mykonos home after being rescued by a resident fisherman. Although Petros isn’t around anymore, his spirit lives on in the stories of the local islanders.

7. The Greek Islands are bathed in sunshine almost 300 days a year 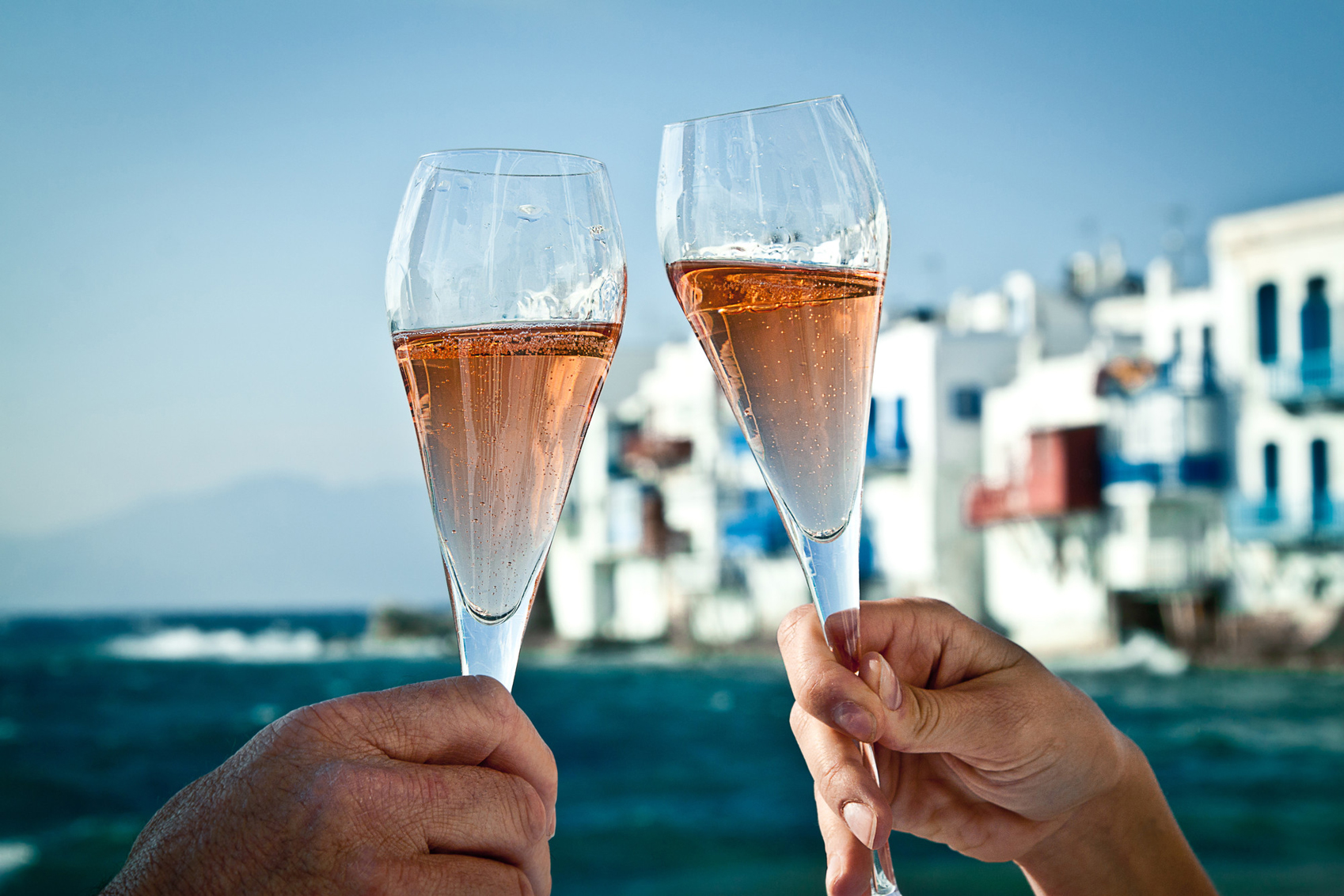 It’s easy to understand why the locals are always smiling. With sunshine 85% of the year, pristine beaches, mouth-watering cuisine and a laid-back Mediterranean mentality, it’s hard not to live the good life. No wonder it’s one of Europe’s favourite holiday destinations!

Which Greek island would you most like to go to? To get more inspiration about the Greek islands and to book your Mediterranean holiday, visit our Greece destination page.