Oh Canada! A country renowned for its epic landscapes, polite people, ice hockey, Northern lights, hipster cities and… edible BeaverTails?! Before you jump to conclusions, no Canadians do not enjoy devouring their national animal. BeaverTails are deliciously, deep-fried doughnuts and one of our all time favourite Canadian dishes, but we’re just getting started. From fresh lobster rolls to moreish poutine, this is our pick of the nine most iconic Canadian dishes you need to try on your next trip to Canada. 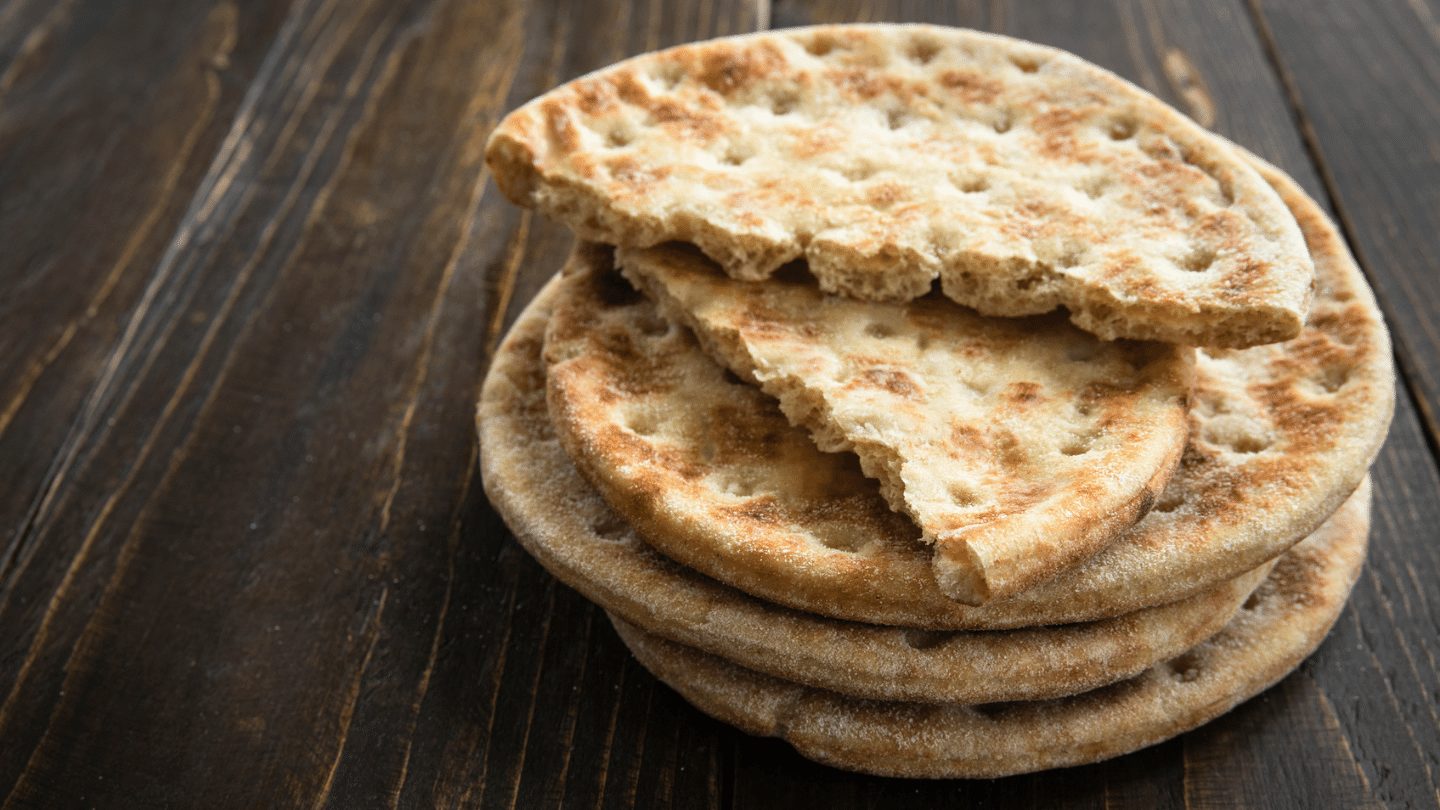 Bannock is a variety of flatbread made from flour, water and butter (or lard), shaped into a disc and baked, fried or cooked over a fire until golden. It’s usually cut into sections before serving. This wholesome flatbread is steeped in Canadian history. It’s believed to have been brought over to Canada in the 18th century by Scottish fur traders. Some argue it is an adaptation of First Nations flatbread, where wheat flour is used instead of corn, nuts and starchy roots.

For a bite of this traditional Canadian dish, head to Squamish Lil’wat Cultural Centre. The team there have put a modern spin on native staples like wild boar and wild salmon to create an innovative menu celebrating First Nation heritage. Our favourite are the smoked salmon bannock paninis. 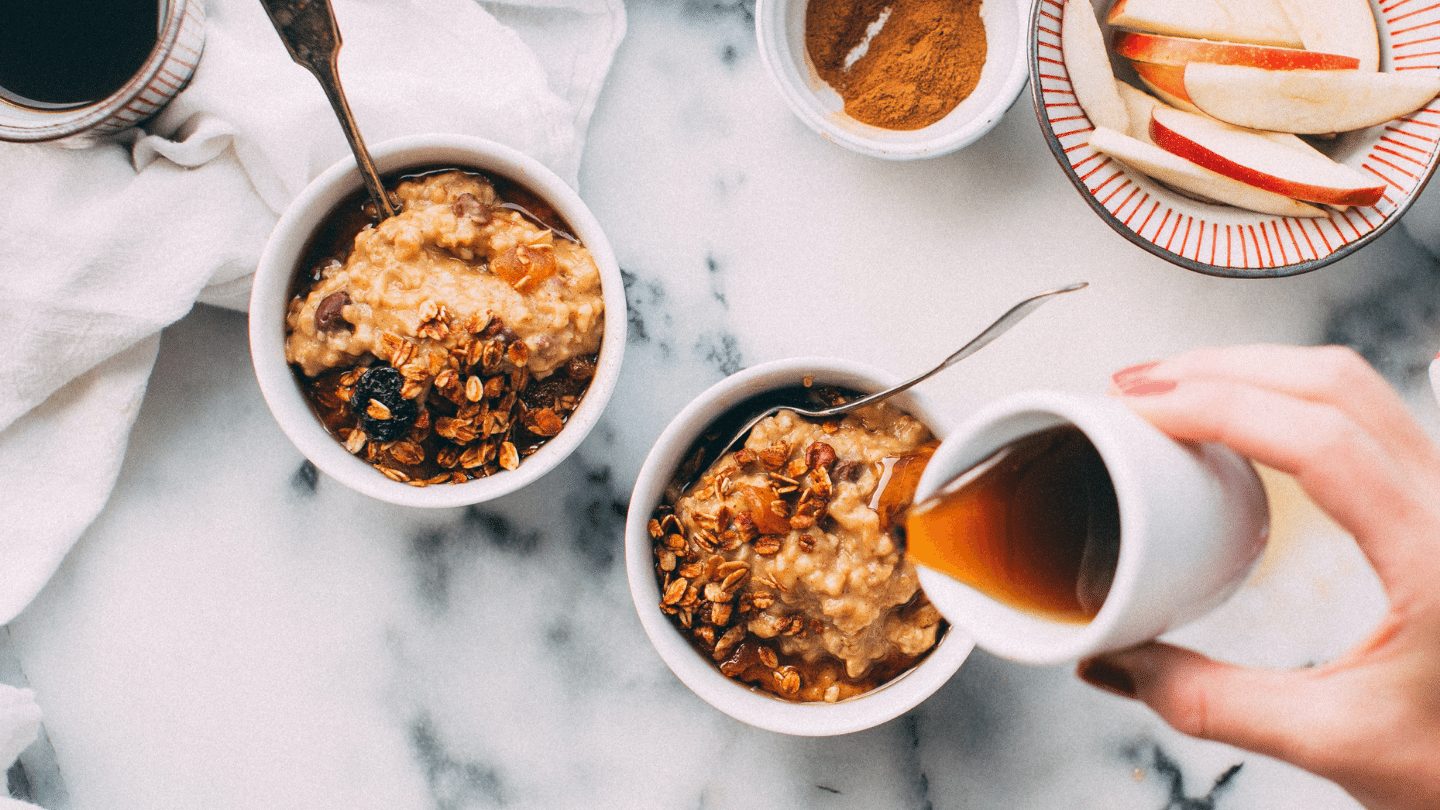 Canada produces 80% of the world’s maple syrup. Although not exactly a Canadian dish, it still deserves an honorary mention. Canadians adore maple syrup so much that they even made the sugar maple their national tree. Although it’s typically thought of as a sweet treat, it is actually a surprisingly versatile ingredient, and you can add a touch of maple goodness to just about anything, from salads to cakes to roasts.

To sample the very best in the country, head to Quebec, the maple capital of Canada. Of the province’s hundreds of sugar shacks, one of the best is the Leclerc’s. The family open up their sugar shack all spring and members of the public can spend the day riding horse-drawn wagons, practicing their log-sawing skills and indulging in the shack’s incredible syrup. 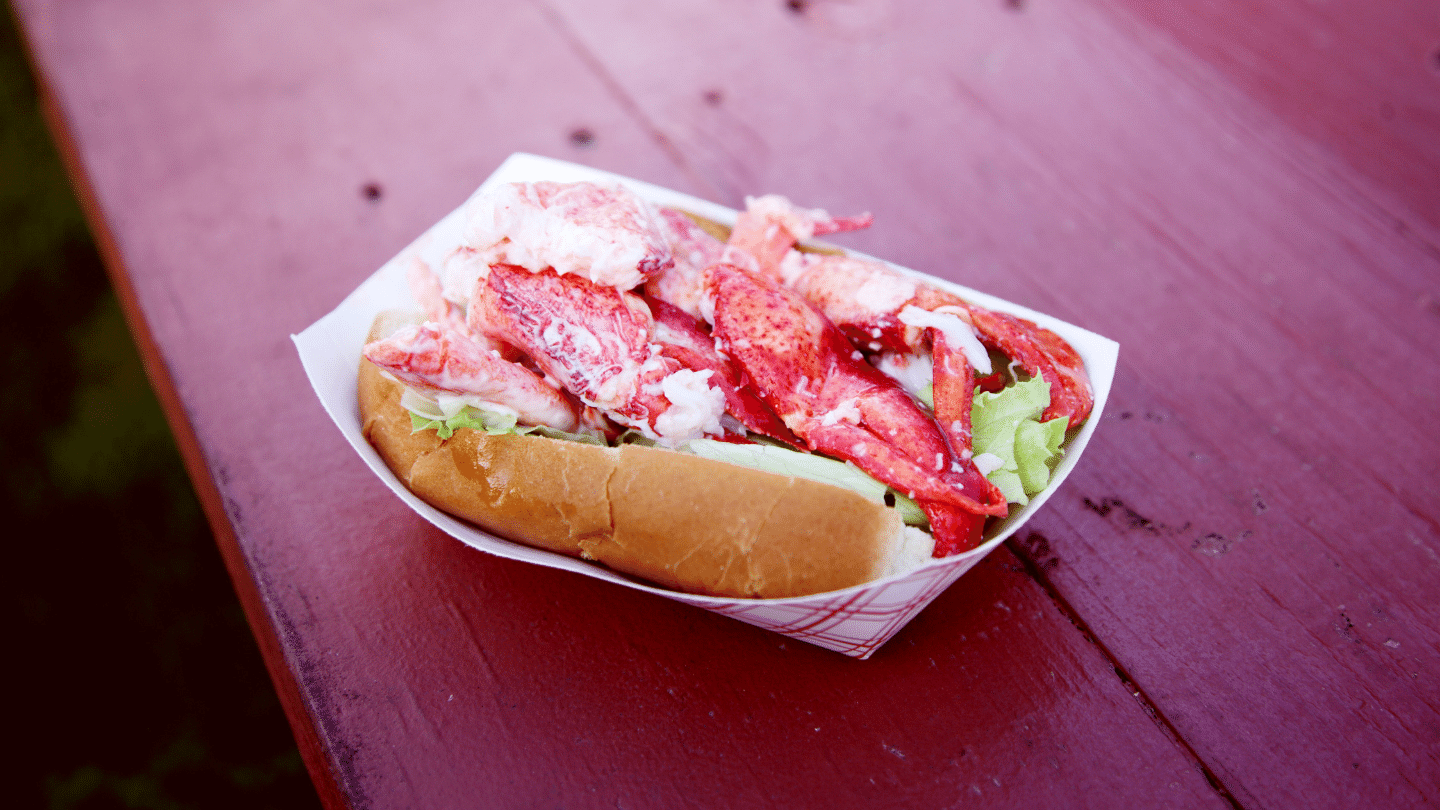 When it comes to lobster rolls, Canada is king. For the best in the country head out to the Maritimes, a group of provinces off Canada’s east coast (Prince Edward Island, New Brunswick, and Nova Scotia).

For us, Lobster Shack on Souris Beach on Prince Edward Island stands out. This fresh seafood takeout serves up the most delicious lobster rolls. Fresh chunks of lobster meat lightly dressed in mayo are piled into a toasted bun, dusted with seasoning and served with bread-and-butter pickles and a big handful of potato chips. Mmmhmmm. 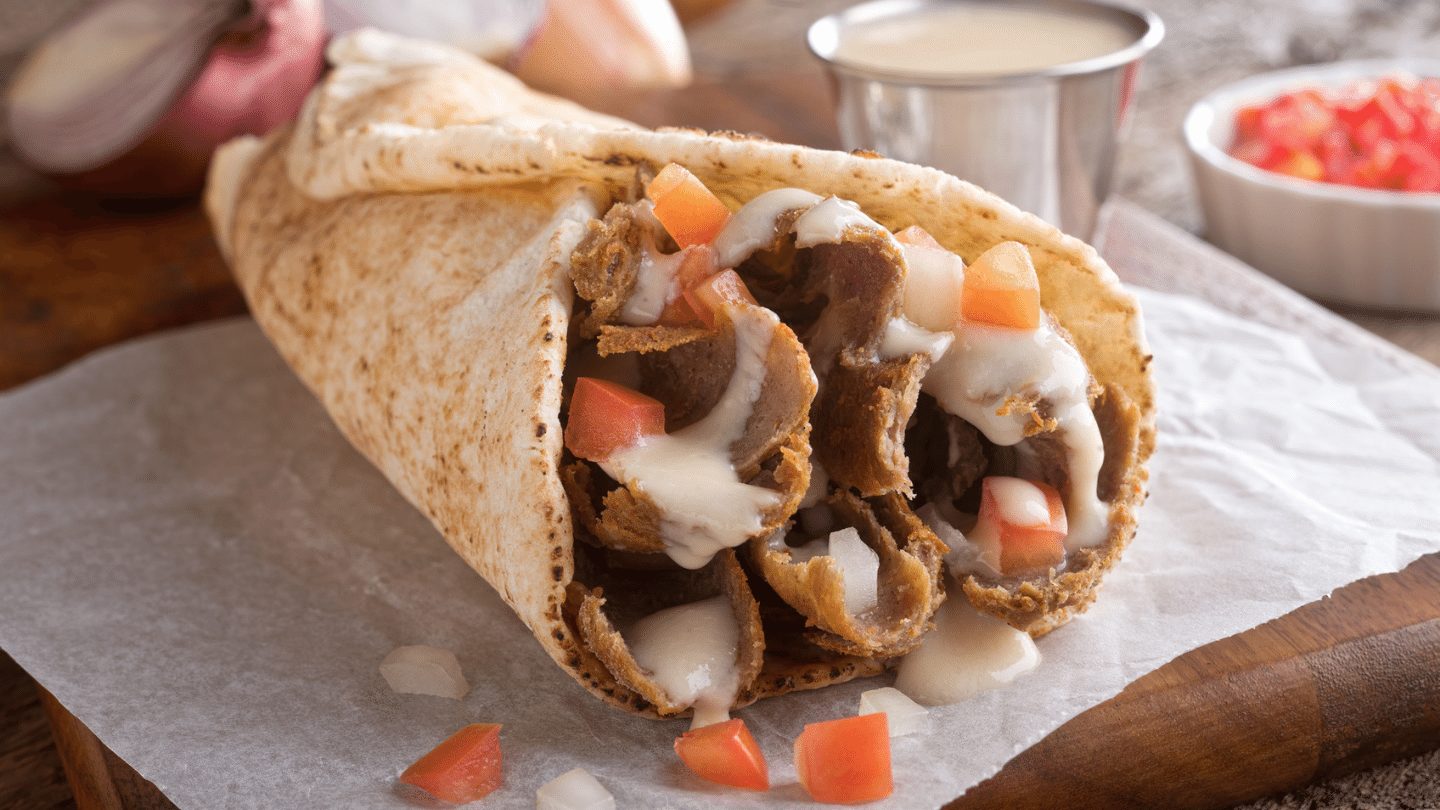 The donair is a hearty Canadian dish. It consists of an irresistible combination of spiced salty ground beef, garlic sauce and diced veggies, all wrapped up in a warm pita and typically eaten around midnight.

Supposedly, the Halifax donair was first invented in the 1970s by Peter Gamoulakos. Originally from Greece, he started selling Greek gyros (a pita stuffed with grilled lamb and tzatziki) from his restaurant located off the Bedford Highway. However, the lamb sandwich wasn’t quite tickling the taste buds of the east coast’s “meat and potatoes” palate.

Swapping lamb for beef, the brothers whipped up a sweet “donair sauce” and tried again. This time however, locals couldn’t get enough and Halifax’s signature dish was born. The dish has become so popular that in 2015, Halifax city council voted to make it the city’s official food. 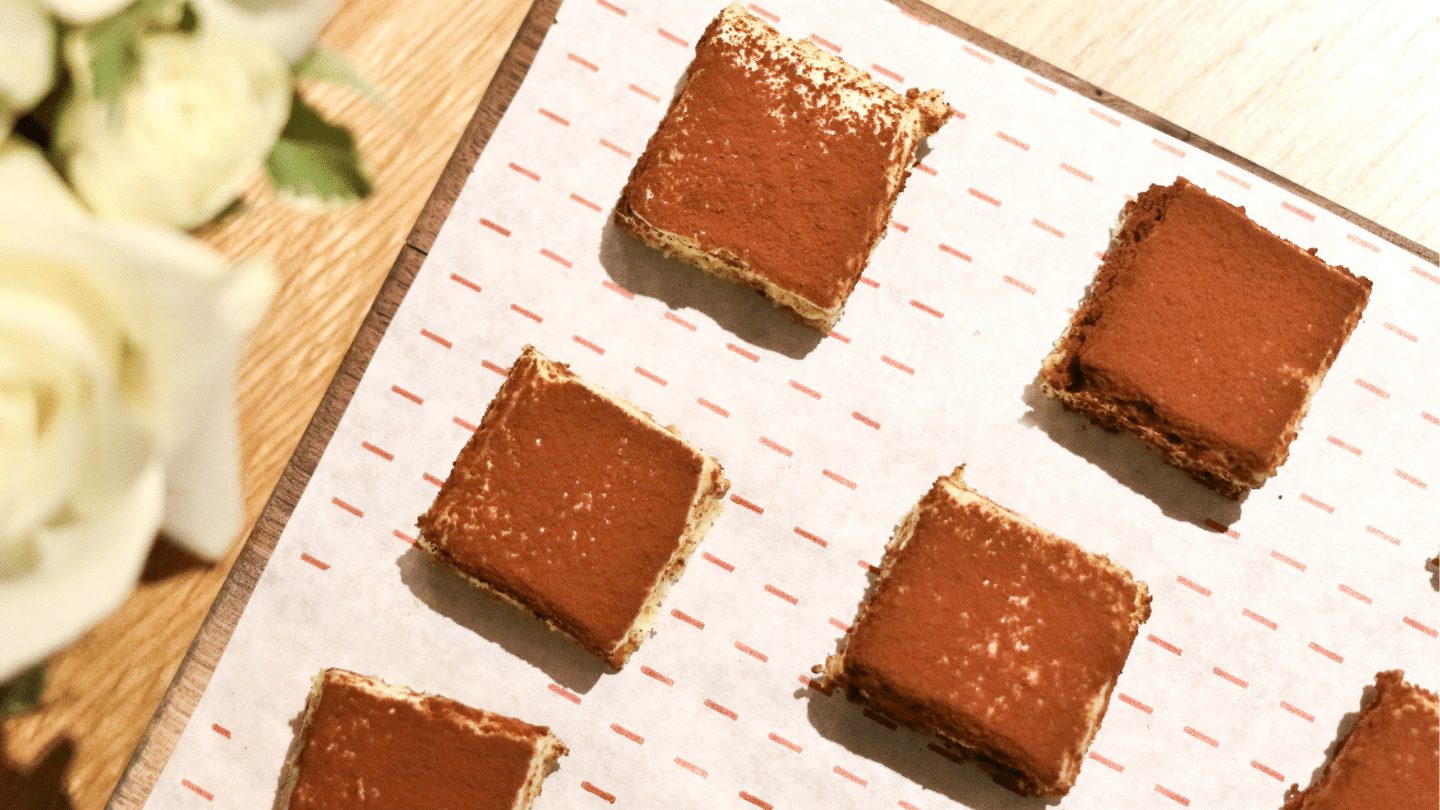 Nanaimo bars are a popular Canadian dessert. The bar consists of three layers: a wafer, nut, and coconut crumb base, custard icing in the middle and a layer of chocolate ganache on top.

The name “Nanaimo” is believed to be after the city of Nanaimo on Vancouver Island, as this was where the first known recipe was published in 1953. Requiring no baking, Nanaimo bars have become a favourite dessert thanks to the ease of making them along with their undeniable sweetness.

The Nanaimo Tourist Board offers visitors the opportunity to find the best Nanaimo Bar in the region. If you’re feeling hungry, you can follow a self-guided tour along the official Nanaimo Bar Trail stopping at 39 different places throughout the city – now that’s a lot of Nanaimo bars to try! 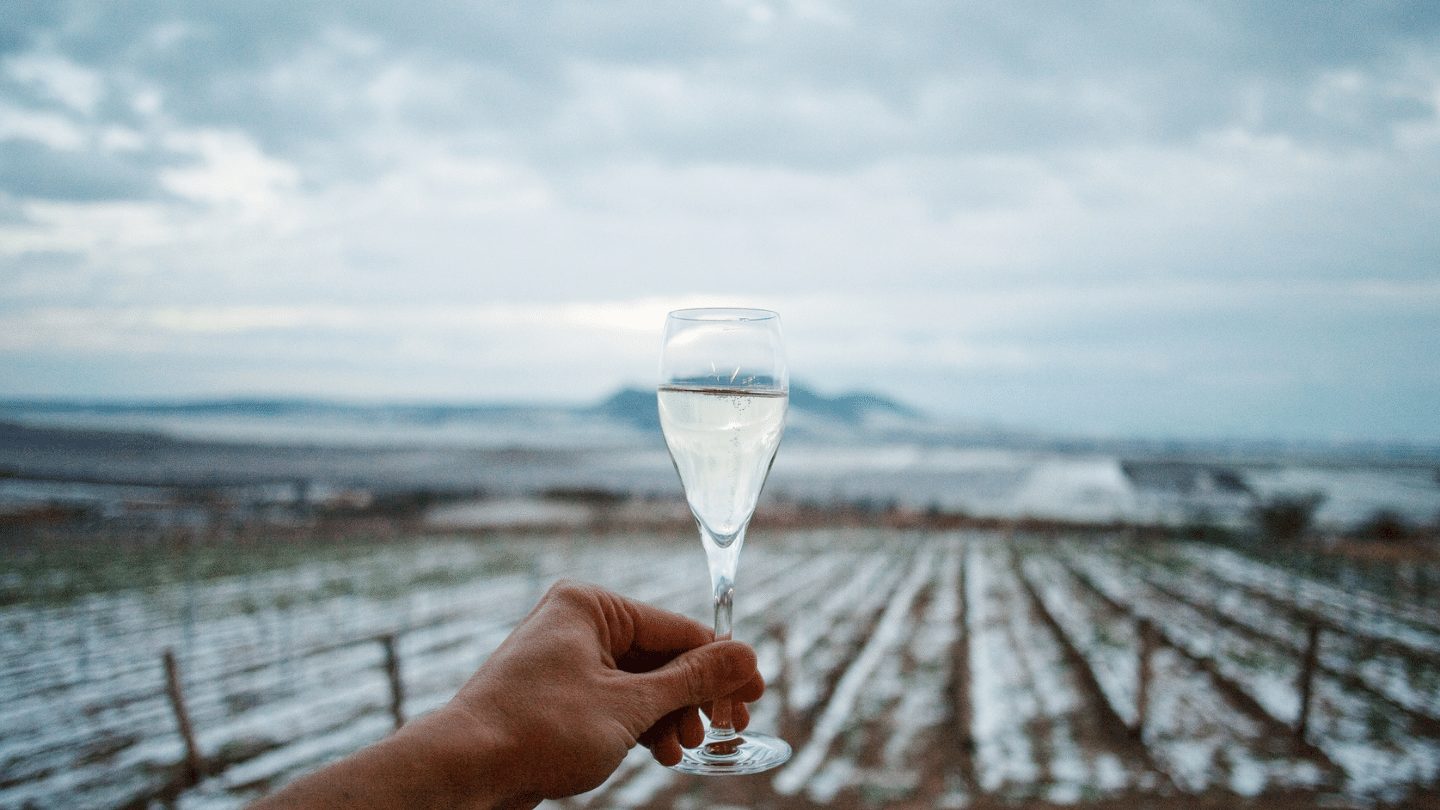 Canadian ice wine is a sweet wine made from frozen grapes. It’s usually served with dessert or at the end of a meal and is one of the most labour-intensive wines to make, but the effort that goes into producing it makes it well worth the taste. This unique wine is adored by wine lovers around the world, and although Canada is the largest producer you can find it in countries like Germany and Austria, too.

For some of the best ice wine in Canada, head to Peller Estates Winery close to Niagara-on-the-Lake in Ontario. This gorgeous vineyard with stylish modern restaurant, offers an amazing winery tour that includes a visit to their frozen bar called 10 Below. It’s the perfect spot to try a Canadian ice wine. 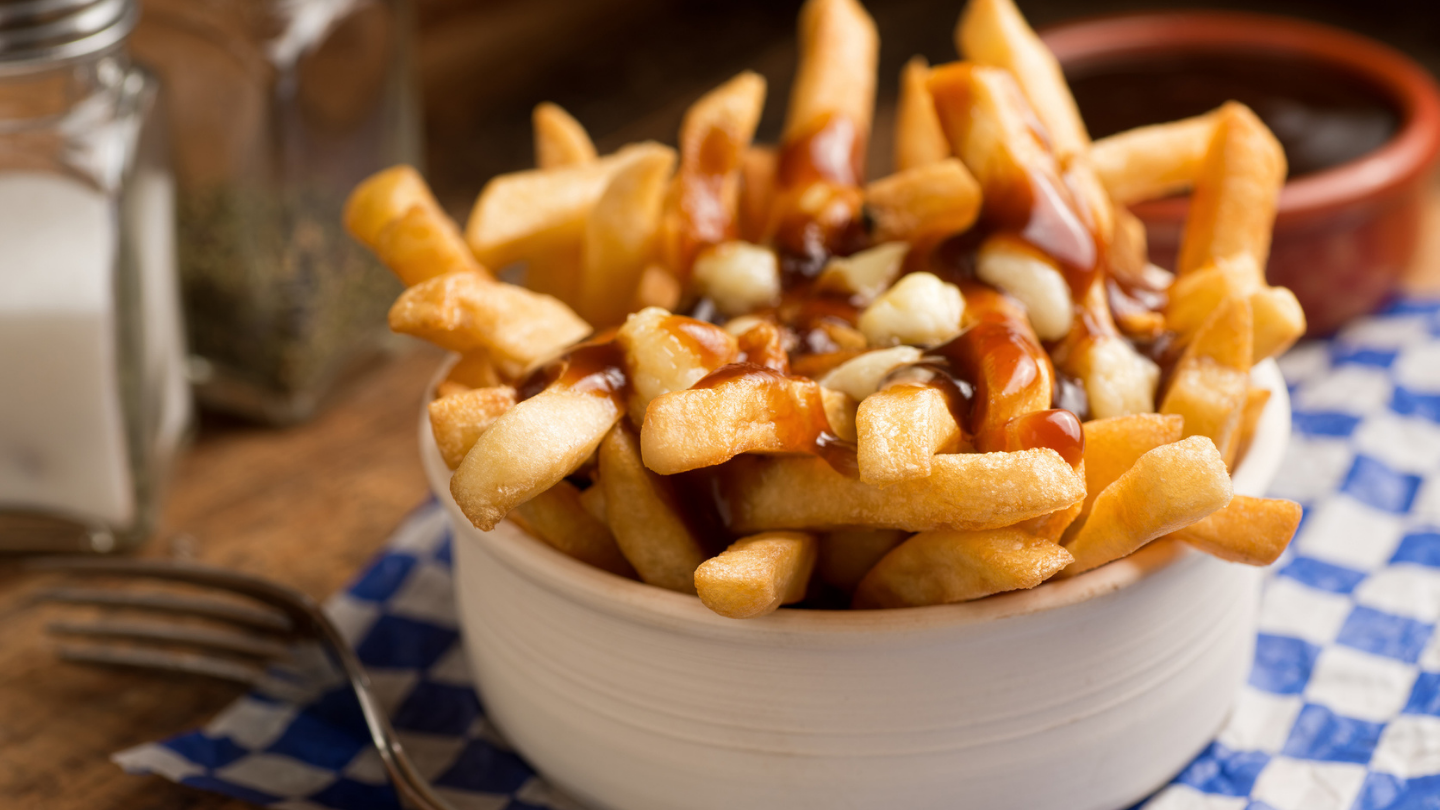 Now this is the ultimate Canadian dish. The deliciously indulgent poutine is a heavenly combination of French fries and cheese curds smothered in a tasty gravy. While the origin of poutine isn’t clear, it’s believed that adding cheese curds and gravy to French fries originated in rural Quebec during the 1950s, and the popularity of this French-Canadian favourite has spread far and wide throughout the country.

One of our favourite places for poutine is Fritz European Fry House in Vancouver. These guys have award-winning fries which form the base of their amazing poutine. Plus, the freshness of of their cheese curds means they go soft in the warm fries, without completely melting – a fine art which few have mastered. 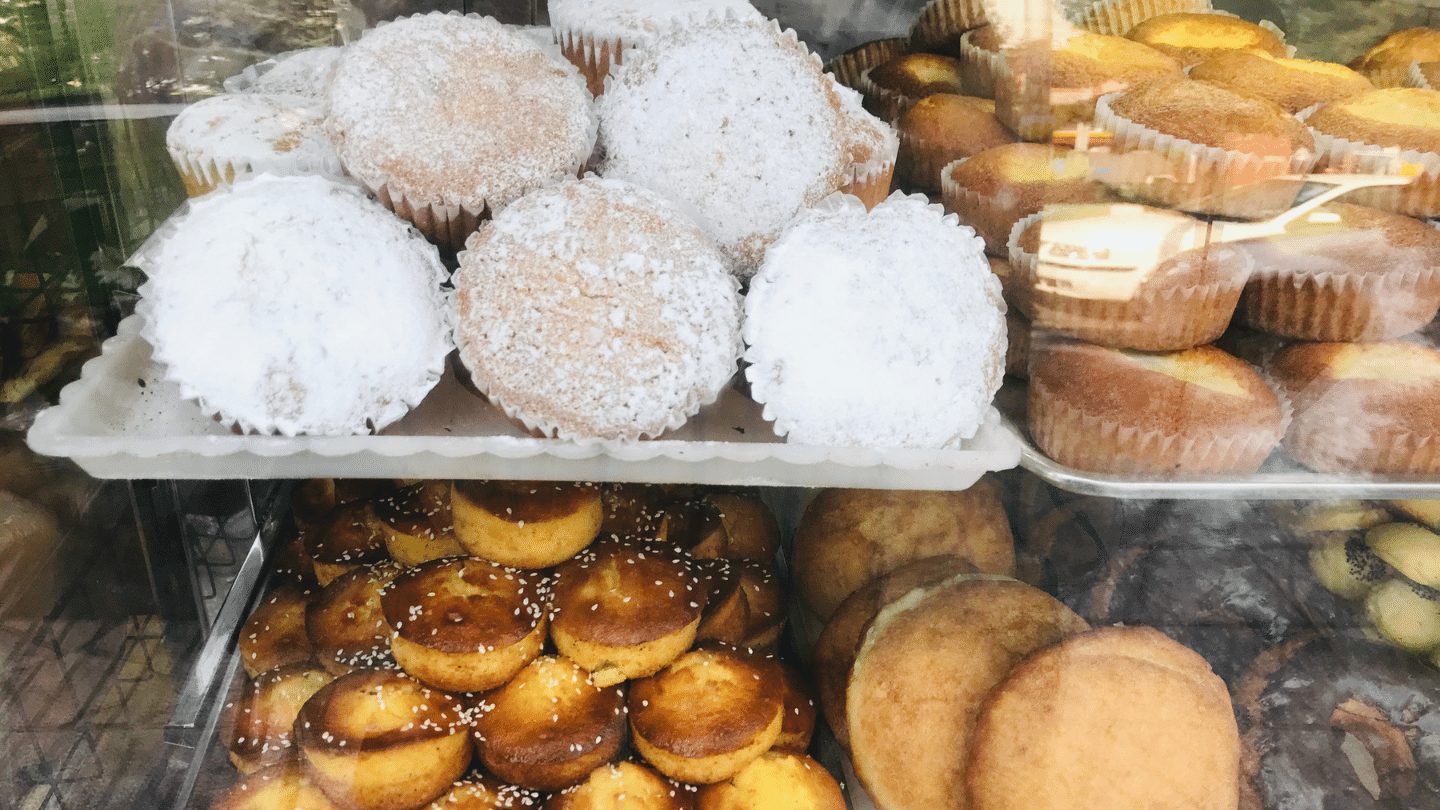 It’s pretty difficult to find one of these delightful fried pastries outside of Thunder Bay. Known locally as “Persians”, these sweet cinnamon-flavoured treats are smothered in a vibrant strawberry glaze that’s truly delectable. Unlike its name suggests, it has absolutely nothing to do with the Middle East and is a local delicacy with deep roots in this Northern Ontario town.

This prized pastry was first created in the 1940s by Art Bennett, the original founder of Bennett’s Bakery (formerly called “Art Bennett’s”). As the story goes, he named the sweet treat after John Joseph “Black Jack” Pershing, an American World War I General who allegedly visited his bakery while he was making the dough. As a result of this memorable meeting, Bennett dubbed his now-famed pastry a “Persian.”

Pick yours up at “The Persian Man” coffee shop at Bennett’s Bakery in Thunder Bay. Feeling hungry? Enter the eating competition and see how many you can devour.

RELATED CONTENT: 5 enchanting castles in Canada you can stay in 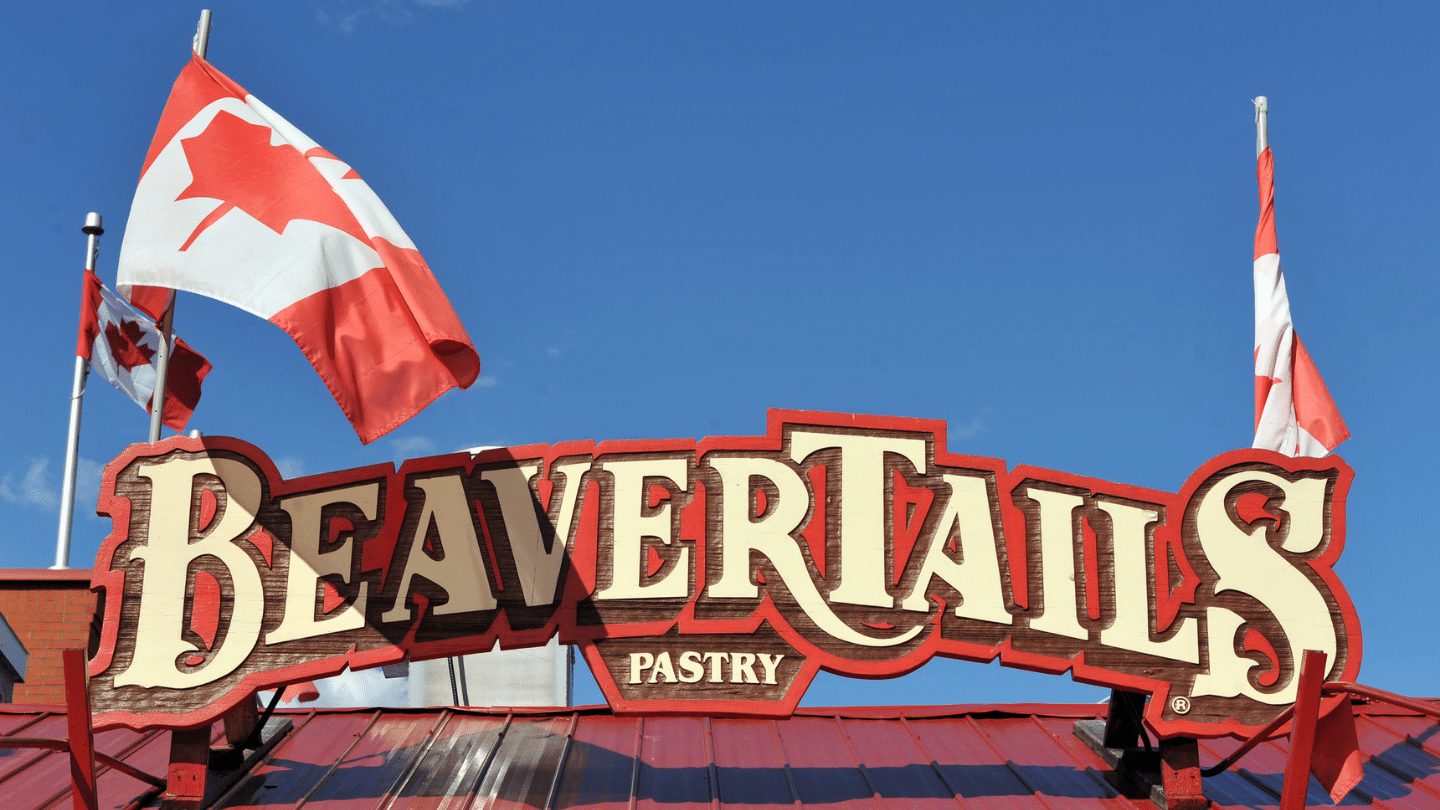 This is one of our favourite Canadian dishes. BeaverTails are deep-fried doughnuts, crispy on the outside and soft on the inside topped with butter and a dusting of cinnamon sugar. They are pulled by hand to resemble the long, flat tail of a beaver (Canada’s national animal).

In the late 1970s, Grant and Pam Hooker began selling the iconic Canadian dessert at Killaloe craft and community fair. The recipe used was handed down to Grant Hooker by his German-Canadian grandmother. She called the deep-fried pastries keekla, German for “little cake.” The Hookers used this very recipe for keekla, but it wasn’t until their daughter likened the long flat pastries to beaver tails that the name was coined and quickly trademarked.

Grab the best BeaverTails around from ByWard Market in Ottawa, one of Canada’s oldest and largest public markets.

How delicious do they sound? Which Canadian dish would you choose? If you feel like heading to ‘The Great White North’ in 2021, then take a look at our Canada trips.