A Day on the Patagonian Grand Adventure - Real Word

Today was the day that we overdosed on wow.

We left Puerto Natales at 8:30 and headed for the Miloden Caves. The cave is not far from Puerto Natales and at the end of the large plain just north of town. The area used to be underwater, so the cave was formed by wave action carving into the softer rock below. The cave was discovered by a German man in 1895 and inside they found the remains of the Giant Sloth.

We took the short walk up to the cave to find it was like a huge mouth and we were going for a walk into its throat. There was evidence that ancient man used the cave as fire pits and burned bones were found and dated back 11,500 years.

Then we were off to Torres Del Paine. It’s not often that you can see your destination when you’re still more than an hour away. And the clouds were amazing as the sun peeks out from time to time and made the lighting very dramatic.

Then the east side of the mountains came into view. Wow. 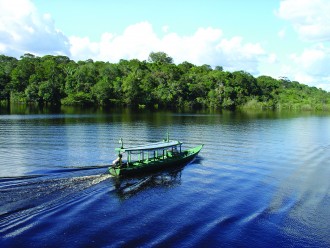 We passed people who stopped and got out of their cars to get a shot and Christian, our TD, said they stopped there because they didn’t know there was a great view farther on with a lake in the foreground. A green lake. Wow.

From this point we could see the Towers. Christian said the whole range was carved by glaciers but it looks like parts of the mountains just split off. He said climbers like to scale the towers but do it from the other side.

We continued with a drive to Grey Lake. We had an hour to walk down to the beach and back. Then on the way to the hotel, we stopped at an overlook and got a view of the glacier to the left of the Torres Del Plane. Wow.

At the hotel there were horses! Lots and lots of horses. I dropped my stuff into my room and went for a walk around the hotel to say hello to all the horses. There were dozens of them walking freely in front of the hotel. Wow.

In the evening back at the hotel, I think we were all moving slower that night. Probably cause we were all walking around with dislocated jaws.