South America may be a vast, varied land of contrasting countries, each with its own culinary local specialities but nearly all natives will agree that mealtimes should be a sociable affair shared with friends and family. So in this region, you’ll find dishes made with lots of care and attention.

In recent years, there has been a global rise in popularity for South American food, so you may already be familiar with a number of popular dishes.

Most speciality dishes across South America include empanadas – or pastel in Portuguese – a stuffed bread or pastry which can have a sweet or savoury filling. The region is also known for its many popular condiments such as salsa, chimichurri, and chipotle, a smoked chili sauce. 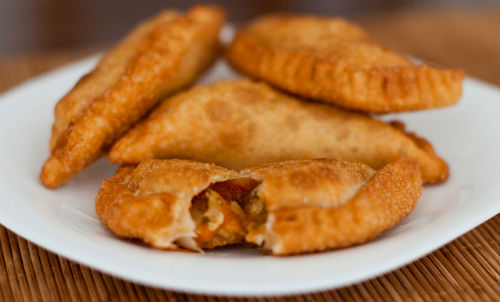 Many of the region’s countries produce a vast quantity of high quality red meat. At South American steakhouses or churrascarias barbecued meat is served on a skewer, carved straight to the customers’ plates and often comes with a set all-you-can-eat price.

It’s safe to say that the most familiar South American cuisine is Mexican. Tortillas are a key component to many dishes including tacos – using hard or soft shells – quesadillas, burritos and fajitas. The flat breads are traditionally made with wheat flour, an ingredient that was available in abundance making it a staple carbohydrate. 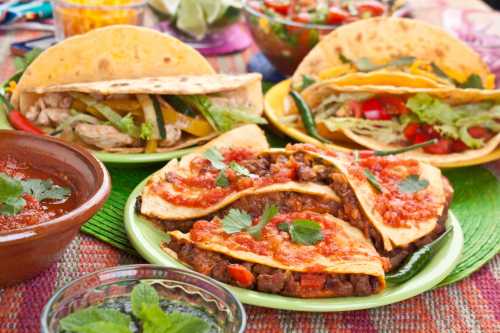 Huevos rancheros is another tortilla dish which has recently started cropping up on UK brunch menus. It features fried eggs, tomato chilli sauce, avocado, refried beans and rice laid out on an open tortilla.

In actual fact, chili con carne is considered more of a Tex-Mex dish and is the official dish of Texas. So although you may find this in Mexico, it’s not necessarily a national dish.

Feijoada is the national dish of Brazil. The hearty stew has Portuguese heritage and usually includes pork or beef with black beans which is cooked in a clay pot over a low fire.

When it comes to drinks, the Caipirinha tops the charts. The refreshing cocktail’s star ingredient is cachaça – a brandy made with native sugar cane – which is muddled with ice, sugar and lime. 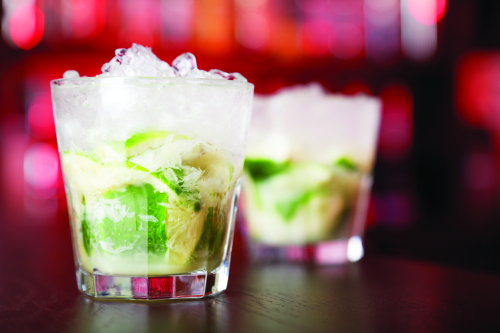 As so much of this country’s boarder is coastline, it makes sense that seafood features heavily in a Peruvian’s diet and ceviche is perhaps Peru’s most synonymous dish. Ceviche is said to originate in the coastal region of Moche as much as 2000 years ago and was a great method of preserving fresh seafood.

The essence of the dish is to cure fish in citrus juices such as lemon and lime. Coriander and onion often appear in the finished article, and accompanying sides can include avocado, corn and one of the country’s staples, quinoa – a grain crop which is a great source of protein.

If you like coffee, you’ll know that Columbia is world-famous in this market. The beans produced here are mild and well balanced, and Columbia sells more bags of arabica coffee than any other country. 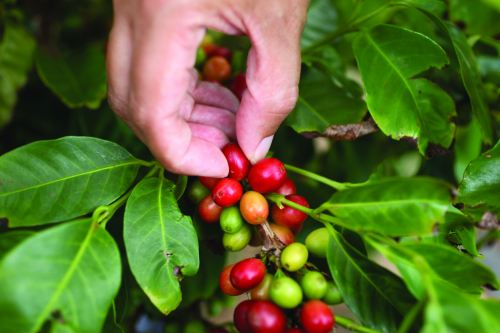 Quality beef and barbecued meat may be a mainstay to Argentinian food culture but the country is also home to a popular sweet treat, dulce de leche. The dairy product is a thick caramel made from reduced condensed milk and features in many delicious desserts.