Where modern cities blend with ancient temples and where age old traditions fuse with the latest technology, Japan is a country of contrasts that sit in harmony together. But in this ever advancing country, Japan’s traditional cultures and customs are still vulnerable. From the art of washi paper making to the sacred Buddhist temples on Mount Koya, discover an authentic side to Japan with Trafalgar and help protect what is most important to the people that live there. 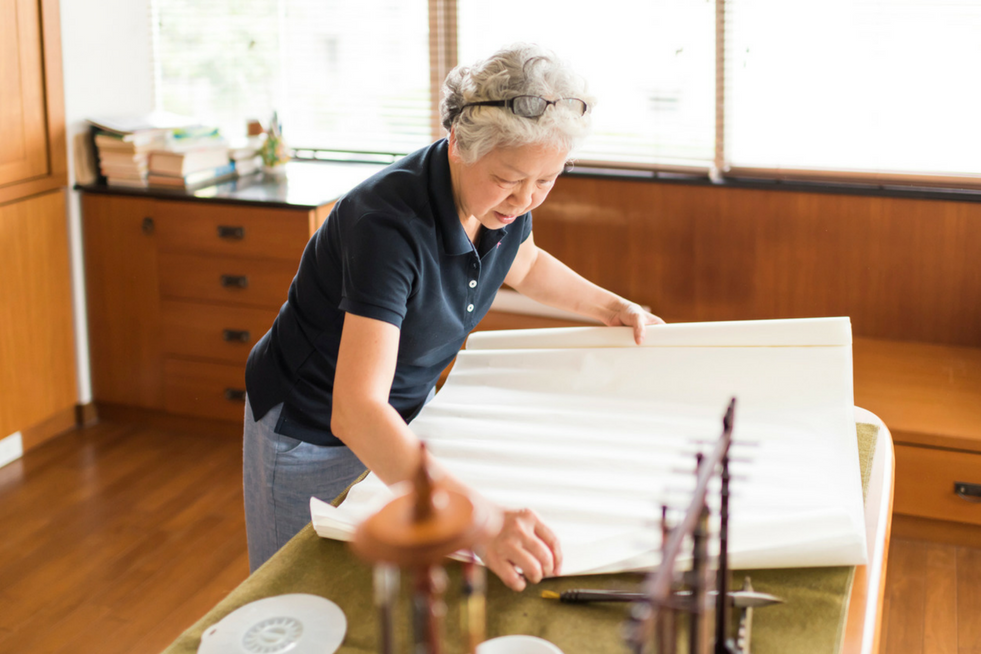 Washi paper in Japan has historically – played a very important role in Japanese life. Although not technically invented by Japanese people, they have perfected the craft and created a form of paper that is beautiful, strong and very difficult to replicate. The word washi comes from wa meaning Japanese and shi meaning paper, but interestingly the pronunciation of the word can also mean ‘God’, signifying just how important washi is to them.

Traditionally, washi paper has been used to create shoji screens in Japanese homes. It also has a multitude of other uses including gifts, books, boxes and hats. Washi is made by stripping bark and extracting three fibres, boiling them down in a chemical soak, then rinsing off in water or snow,  before the pulp is made into a su (sheet) by dipping back into the slurry and lifting out with a quick scooping of the hands. The ‘su’ is then shaken until the fibres interlock, the papermaker repeats this process until the desired thickness is reached.

You can learn about washi paper making with traditional artisans in Gokayama on Splendours of Japan. Gokayama is a UNESCO-listed, mountain village nestled within five picturesque valleys. By visiting Gokayama and taking part in washi paper making you are supporting a small, local business and helping to sustain the remote community.

Experience this on: Splendours of Japan

2. Japanese traditions – The Ama divers on the Shima Peninsula 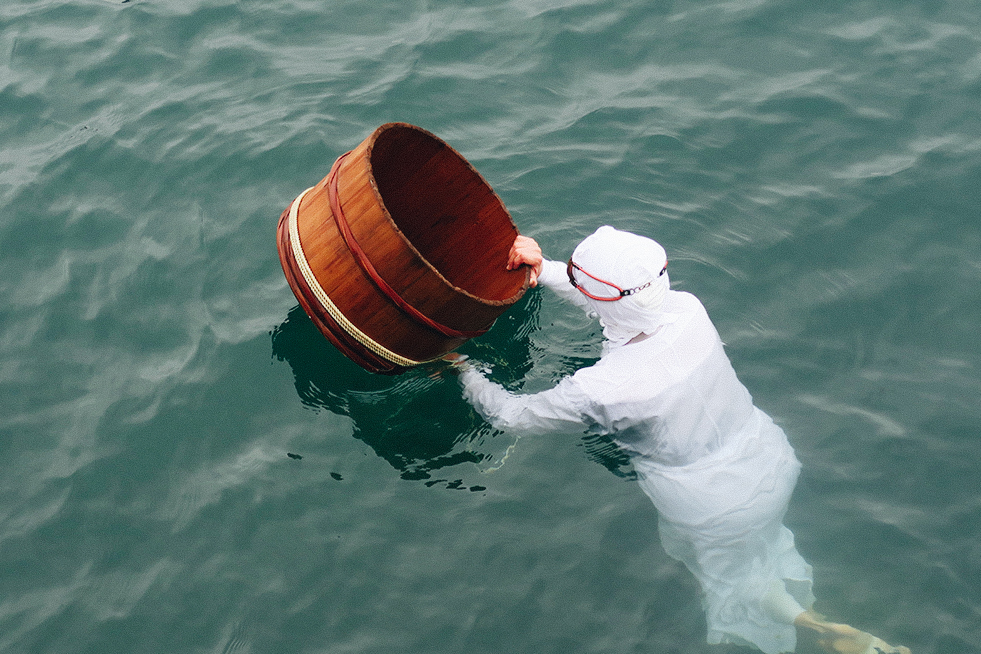 The Amagoya, Ama (professional female shellfish diver) and goya (the hut where the divers rest) are a group of female divers. These incredible women are single handedley preserving an ancient tradition that dates back thousands of years to Japan’s hunter-gather origins. They spend about 90 minutes free diving in cold water catching octopus, sea cucumbers, lobster and seaweed. They can hold their breath for up to 50 seconds and dive to depths of 20 metres and but won’t dive on days with the number seven in them (7th, 17th, and 27th) as these are considered unlucky.

There are about 2000 Ama divers in Japan, with half of them living on the Shima Peninsula. As with most Japanese traditions, the honour is passed down through the family, in this case from mother to daughter. It takes about 10 years to become an Ama, with the youngest diver being 40 years old and the oldest being 83. After all that time in cold water, the Ama divers go back to their goya to warm up and cook their catches over the fire.

Enjoy a char-grilled lunch as you listen to stories from the deep, told by the cheerful Ama divers in their iconic white diving suits. You can experience this on our Spiritual Japan tour.

Experience this on: Spiritual Japan 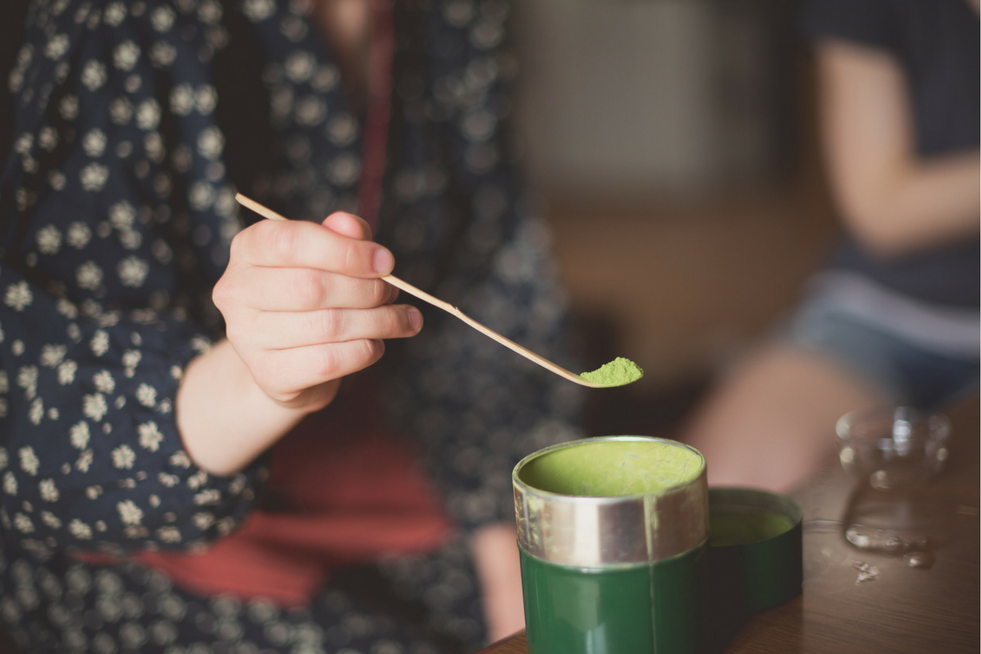 The traditional Japanese tea ceremony dates back more than 1,000 years, originally brought over by the Chinese in the 9th Century, this ancient ritual is still practiced today. Known as a Chanoyu, Sado or Ocha in Japanese, the ceremony is a choreographed serving of Japanese green tea, called Matcha. The entire ambiance of the ritual is thought out to ensure guests have an enjoyable experience, from how the flowers are arranged tokonoma right down to the placement of utensils. The ultimate goal is to achieve a deep spiritual satisfaction through the drinking of tea and silent contemplation.

Within Japanese culture it is considered an honour to be invited into someone’s home, as many Japanese people regard their own homes as too humble to entertain guests in. On our Classic Japan trip you can join a local farmer in the historical region of Nara for lunch on his idyllic tea plantation. You’ll be able to immerse yourself in local life while sipping on the much-loved Matcha tea and enjoying a delicious homemade meal.

Experience this on: Classic Japan 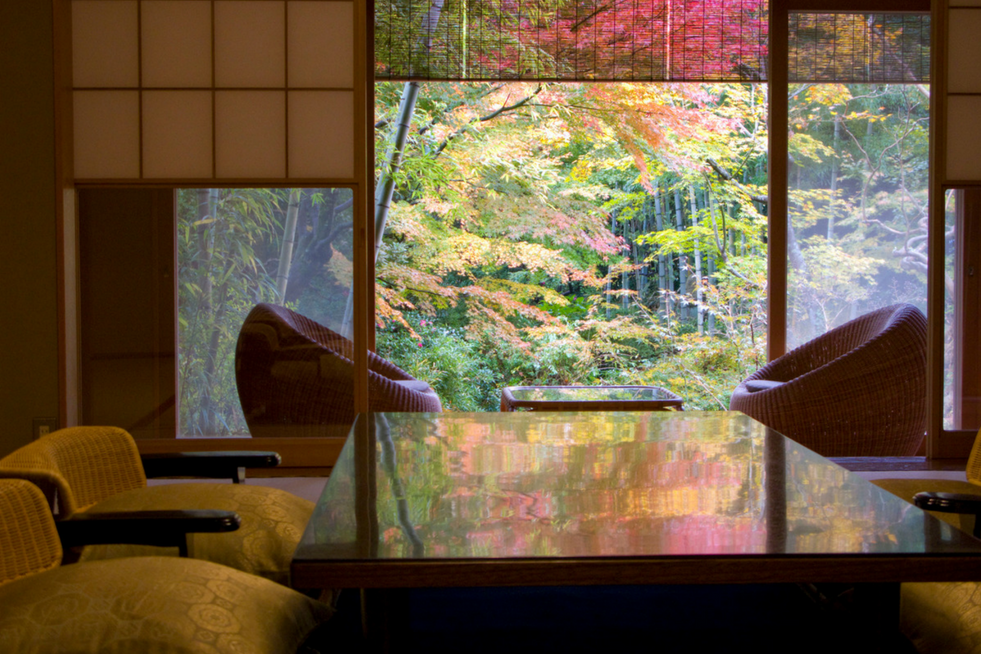 A Ryokan is a traditional Japanese inn that has existed since the 8th Century, during that time, in 705 A.D. the world’s first hotel was built and still exists to this day. Similar to the tea ceremony, it is believed that Ryokans should maintain a special, spiritual atmosphere rather than have the latest modern conveniences. There are many different types of Ryokan ranging from the basic to the more luxurious, often situated on Japanese hot springs or Onsen.

Most Ryokans can be found on the Tokaido Highway, an old road which originally connected the capital city of Edo (Tokyo) and the Imperial Palace in Kyoto, a busy route for samurai and traders. Most Ryokan guest rooms contain an agari-kamachi a small area for guests to take their shoes off. Japanese people (like us) don’t want the floor to be stained, so shoes are removed and replaced with slippers called uwabaki. Rooms also often contain shoji (sliding paper doors), tatami (reed floor matting), zabuton (sitting cushions), a tokonoma (an ornamental alcove) and an oshiire (a cupboard for the duvets).

You have the chance to stay in a traditional Japanese Ryokan on our Splendours of Japan with Hiroshima trip. Built as the second residence of the uncle of Emperor Akihito, you’ll learn the true meaning of Japanese hospitality while enjoying a traditional lunch and absorbing local customs.

Experience this on: Splendours of Japan with Hiroshima 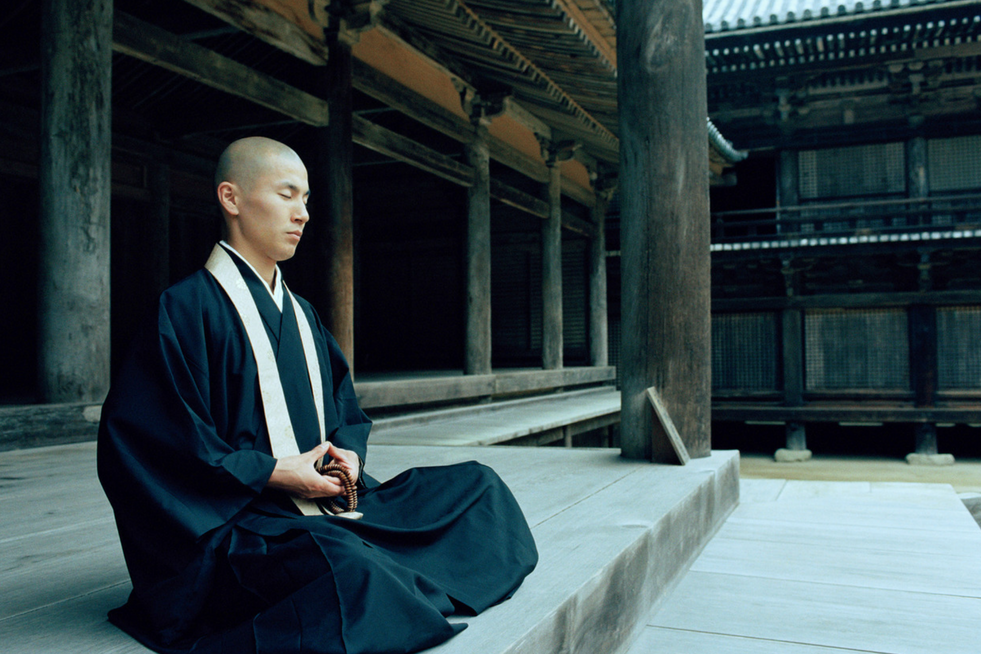 Mount Koya is a large Buddhist settlement south of Osaka that is home to an important Buddhist sect known as Shingon Buddhism which was first introduced to Japan in 805 A.D. by Kobo Daishi. He started constructing the original Garan temple complex in 826 A.D. after choosing Mt. Koya as the perfect place to base his religion. Since then it has been listed as part of a UNESCO World Heritage Site and more than 100 temples have been built along the streets of Koyasan. Arguably, the 20 religious structures at Danjo Garan are the most impressive.

If you’re looking to delve into the heart of Japanese spirituality, Koyasan is a great place to experience an overnight stay at a Buddhist temple. On our Spiritual Japan tour you have the opportunity to visit the Kongobunji temple and feast on a Japanese-style vegetarian lunch with monks from a shukubo (monastery inn).