Introducing Nepal: How to Maximise Your 4 Day Trip | Trafalgar Travel

Medieval cities set against a backdrop of dramatic mountains, colourful prayer flags flapping in the breeze and the smiling, inquisitive faces of welcoming locals; you don’t need to be a keen mountain-hiker to enjoy the splendour of Nepal in a few days. The rugged peaks of Everest and the Himalayas can be admired from a viewpoint in Kathmandu and Patan, whilst soaking up the spirituality and culture that emits from the temples, pagodas, squares and markets.

Trafalgar are thrilled to be launching our first trips to Nepal, introducing our customers to the landscapes, culture and people of this diverse and spiritual country. Here are some handpicked experiences to help you embrace the local spirit of Nepal in just 4 days.

Explore the ‘City of Glory’ 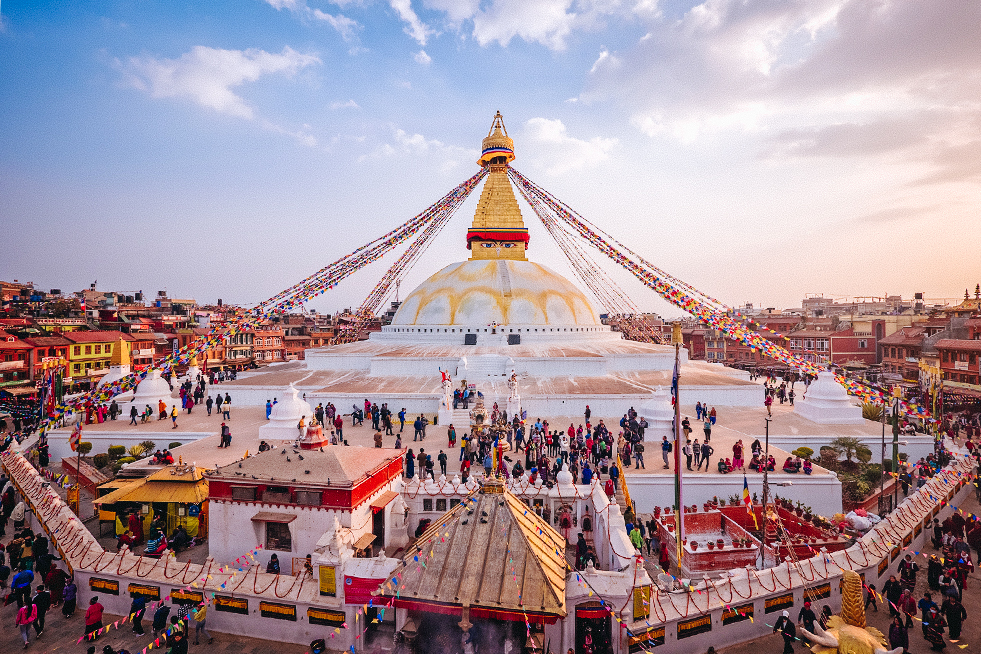 Once referred to as ‘Kantipur’ or the ‘City of Glory’, Kathmandu is home to ornate temples, vibrant markets and grand palaces. Take a walk through the Garden of Dreams, marvel at the Swayambhunath Stupa and spot the city’s local goddess ‘the Kumari’ (you can catch a glimpse of her between 9am and 11am at the Kumari Bahal!). To really see this city in all its glory head to the Kathmandu Valley, a UNESCO World Heritage Site.

Connect with locals at the Tibetan Refugee Centre 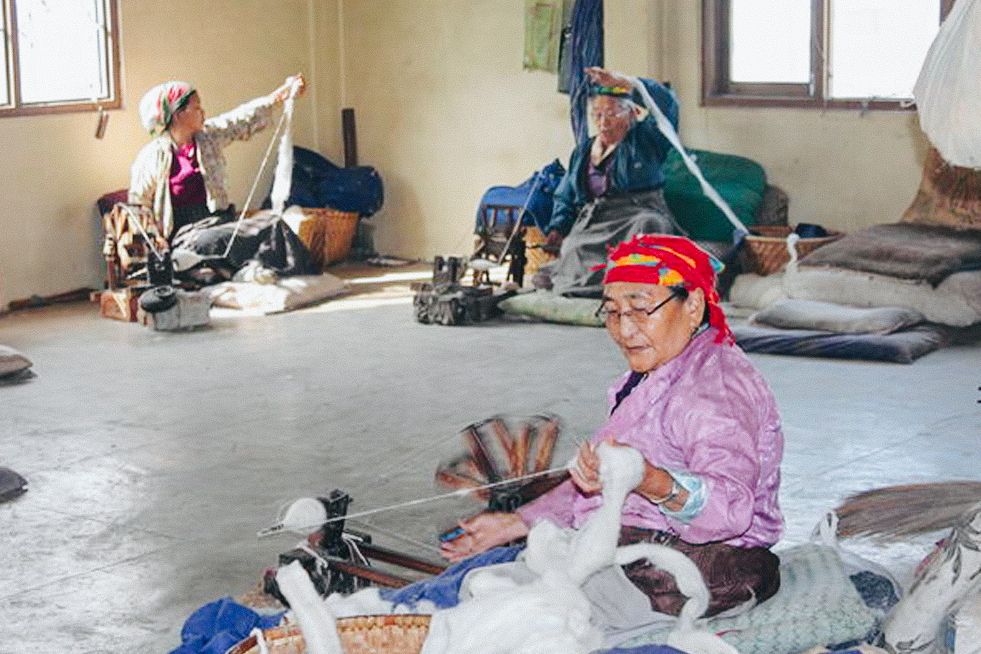 After the Chinese invasion and occupation of Tibet in 1959, thousands of Tibetans fled Tibet and sought asylum in neighbouring countries including Nepal. The Tibetan Self-Help Refugee Centre at the foothills of the Himalayas is a sanctuary for Tibetan refugees. It’s a place of physical and spiritual rehabilitation. Also known as the Jawalakhel Handicraft Centre, the refugees maintain a source of income by producing traditional Tibetan carpets and other handicrafts to help preserve their heritage. Watch artisans at work, learn ancient techniques and listen to miraculous stories of survival against all odds.

Immerse yourself in splendour at the Temples of Durbar Square 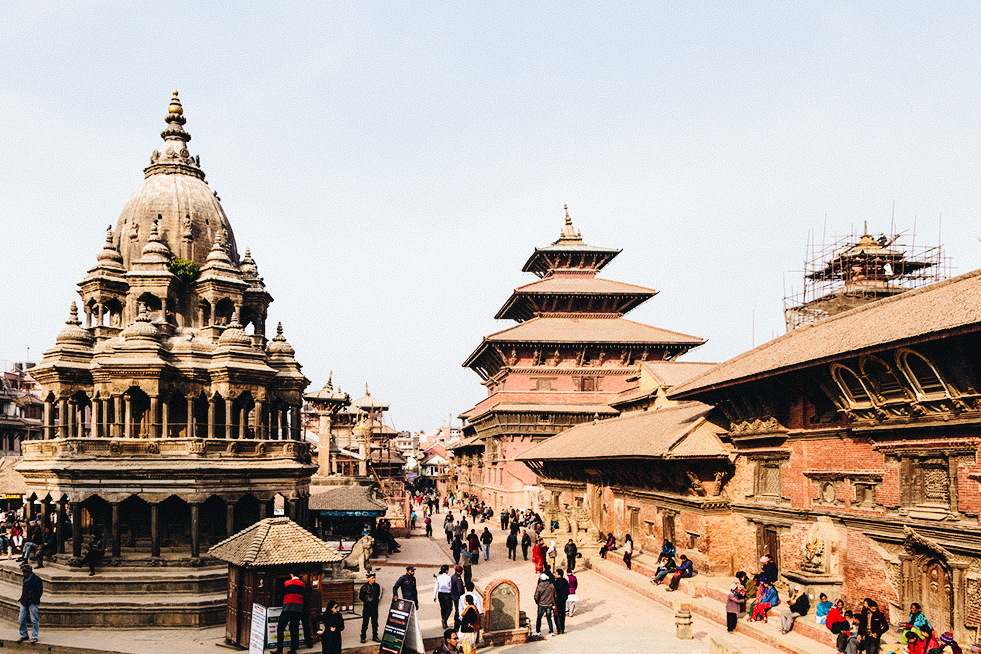 Patan is located 30 minutes south of Kathmandu and is said to be one of the oldest Buddhist cities in the world. The jewel in its crown is the glorious Durbar Square (even post 2015 earthquake) a collection of temples and palaces that are arguably the most impressive examples of architecture in Nepal. For one of the most magnificent temples in Patan, visit the Golden Temple taking its name from the gilded metal plates that decorate its front. On entering, you’ll pass between two giant, sparkling elephants – a real ‘pinch yourself’ moment.

Discover the ancient art of thangka 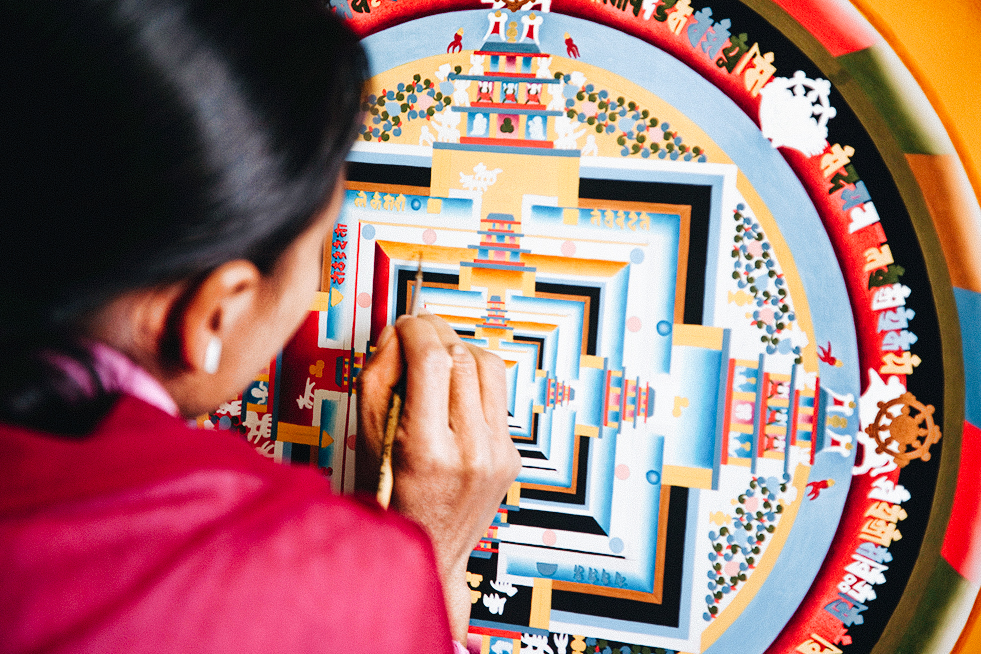 A thangka is a Tibetan Buddhist painting typically painted by hand on cotton or silk usually depicting a Buddhist deity or other religious scene. Traditionally they are kept unframed and rolled up, hence the name, thangka meaning “thing that one unrolls”. Thangkas are important to Nepalese & Tibetan culture as they serve as teaching tools depicting stories about the Buddha. About an hour outside of Kathmandu is the Thangka Painting School, offering traditional painting courses throughout the year to local students.

Welcome to the shopping heart of Kathmandu, Thamel Market. Brimming with spice shops, clothes bazaars, trinket stalls and handcrafted jewellery; Thamel has remained the commercial hub of Kathmandu for over four decades. A thrill for the senses as you navigate through narrow alleyways and inhale the tantalising aromas, this is where you go for an authentic souvenir and unbeatable bargain. 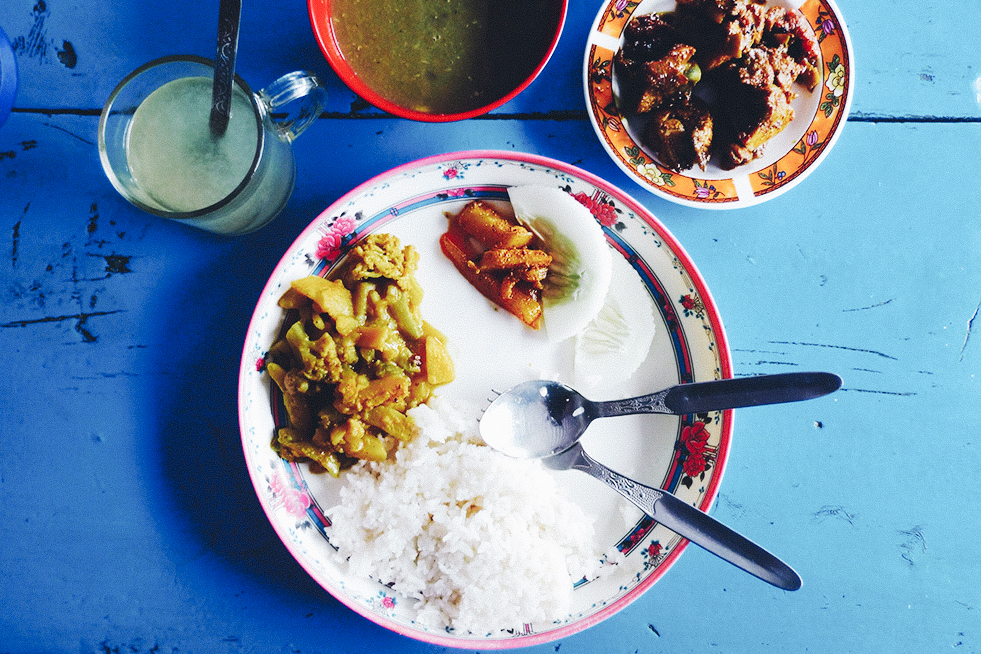 Nepalese cuisine combines a wide range of flavours, techniques and characteristics thanks to the influence of its neighbouring countries. Typically, Nepalese cuisine is healthier than other South Asian countries using less fat and more vegetables, lentils, lean meats and pickled ingredients. The staple meal of Nepal is daal bhaat tarkarri which is a simple hearty lentil soup with rice and curried vegetables. In larger cities such as Kathmandu you will find a variety of places to eat from cheap street stalls to international style restaurants and everything in between.

Many of Nepal’s festivals revolve around food. At the start of the Tibetan New Year also known as the Buddhist festival of ‘Losar’, a delicious dumpling stew called gutuk is made and once finished the uneaten dumplings are ceremonially cast away symbolising the casting away of bad luck. Join a cooking course in Kathmandu and add Nepalese cuisine to your culinary repertoire.

If we’ve peaked your interest in Nepal, you can add the Nepal Adventure onto both of our new India trips, Treasures of India with Nepal and India’s Golden Triangle with Varanasi and Nepal. Find out more about our Asia product here.
Been already? Tell us why you loved Nepal below!