Day Four: Back to Cusco

We had the option to return to Machu Picchu in the morning, but showers and fog meant most of us opted to stay in town to shop and explore. We met our bus in Ollantaytambo and took a different route back to Cusco that offered some magnificent views of the Sacred Valley. 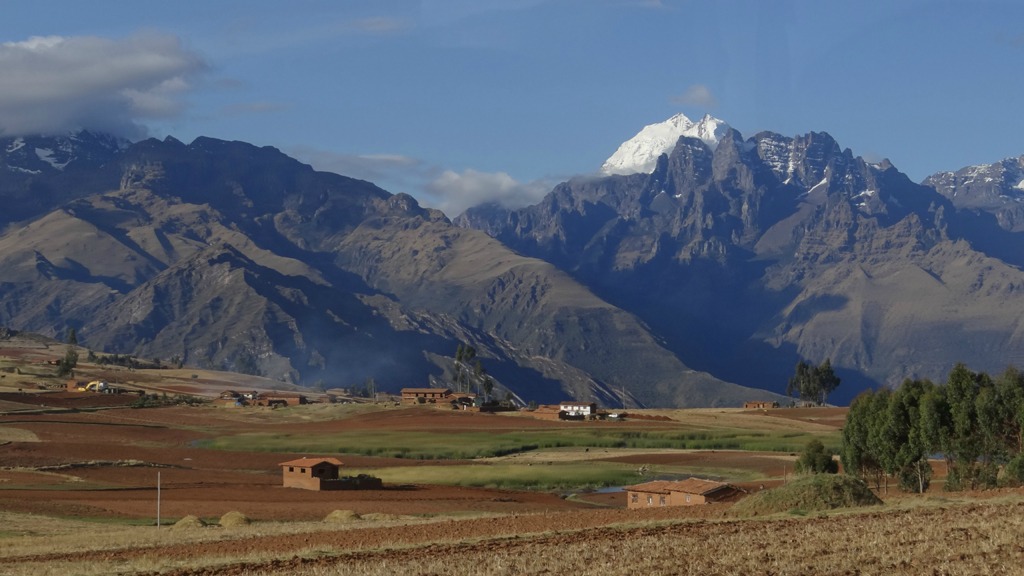 Our hotel for the night is the Casa Andina Private Collection. It was a free night so I went for a walk to the Plaza de Armas which was full of locals and tourists enjoying the warm evening.

We started our day in Cusco with a walk to Convento De Santo Domingo Del Cusco, an ancient monastery with more examples of the incredible Inca stone work. They even built the walls at a slight angle to make them resistant to earthquakes. In the last earthquake, part of the monastery wall built by the Spaniards collapsed. The Inca walls remain intact.

From here, we drove to Sacsayhuaman, the former capital of the Inca Empire on the outskirts of Cusco. Much of the complex was destroyed by the Spaniards and what remains is a number of walls built in the same style as the other Inca structures. 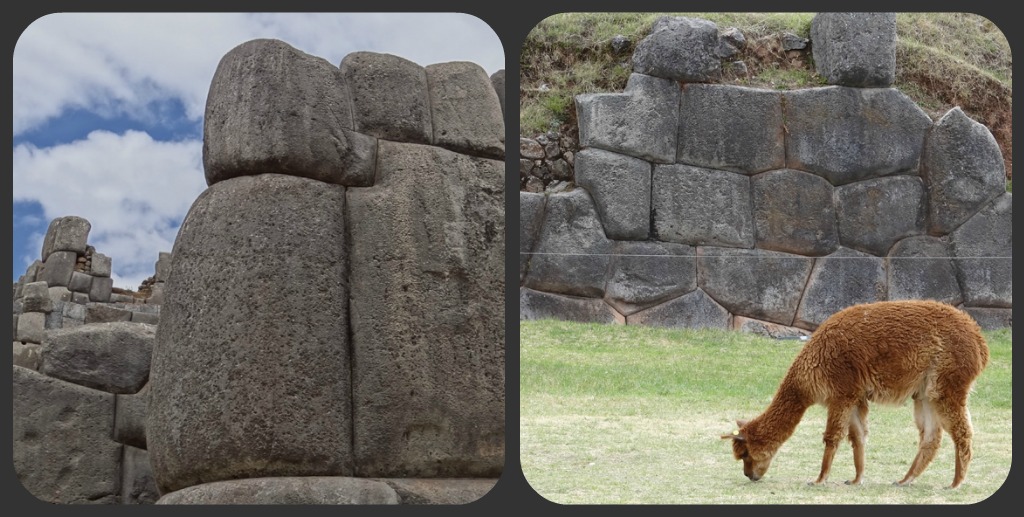 We finished the morning with a visit to the San Blas church which had a pulpit carved out of cedar. An intricate feat that took the artist four years to complete.  After lunch, we visited a llama and alpaca farm where we were given the chance to feed and walk among the animals. After the feeding frenzy, we were given a weaving demonstration then went to the shop where most of the proceeds went to the weavers and the community. I bought a really nice scarf. 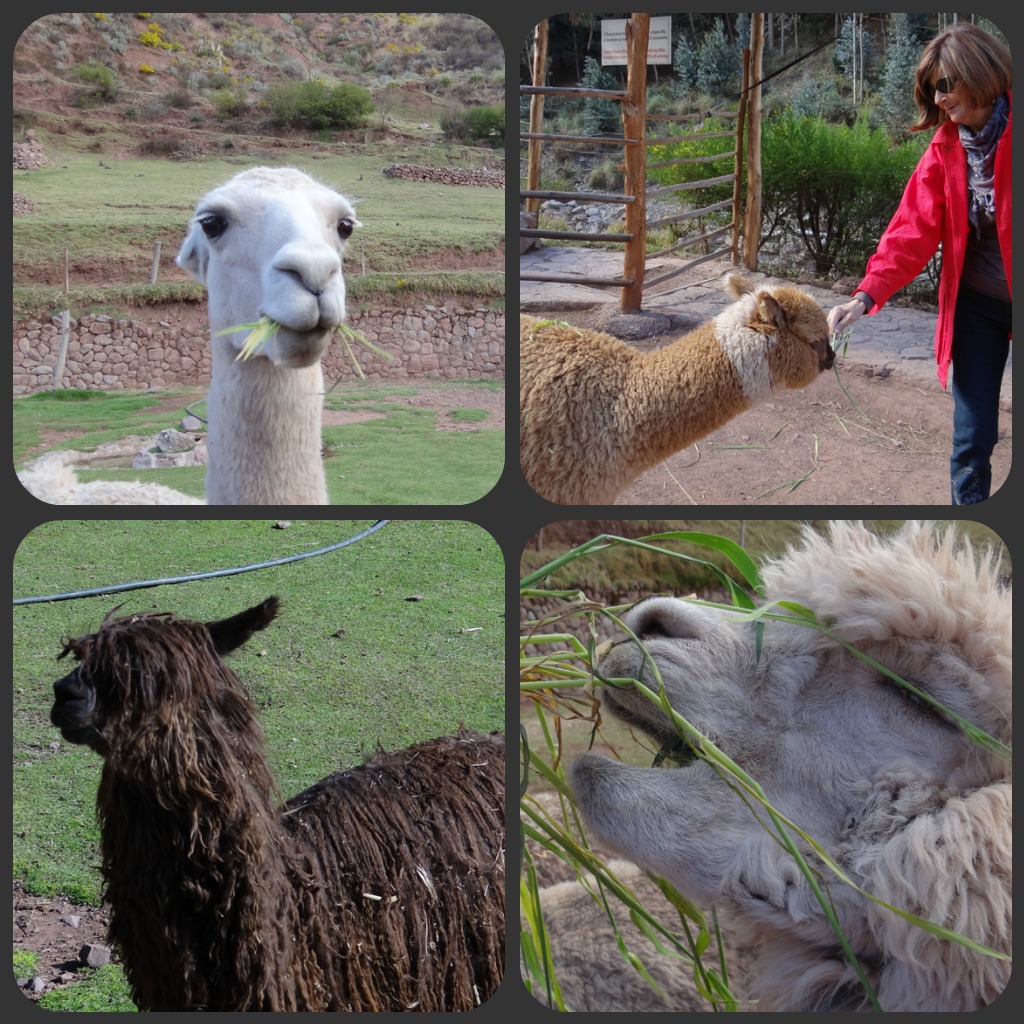 Our next stop was an unexpected one at an animal rescue site where they care for everything from pumas to condors. We were treated to a condor demonstration from inside its huge cage and even got our pictures taken next to the birds.

Take my advice. Don’t turn your back on them. They’re sneaky little guys and like baseball caps. 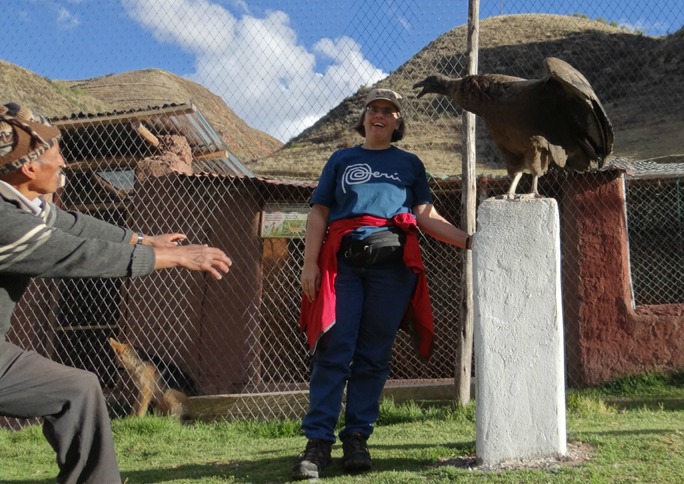 We returned to Cusco and had a short time to relax before our folklore dinner at the Plaza de Armas. It was another delicious meal with local dancers putting on a great show. 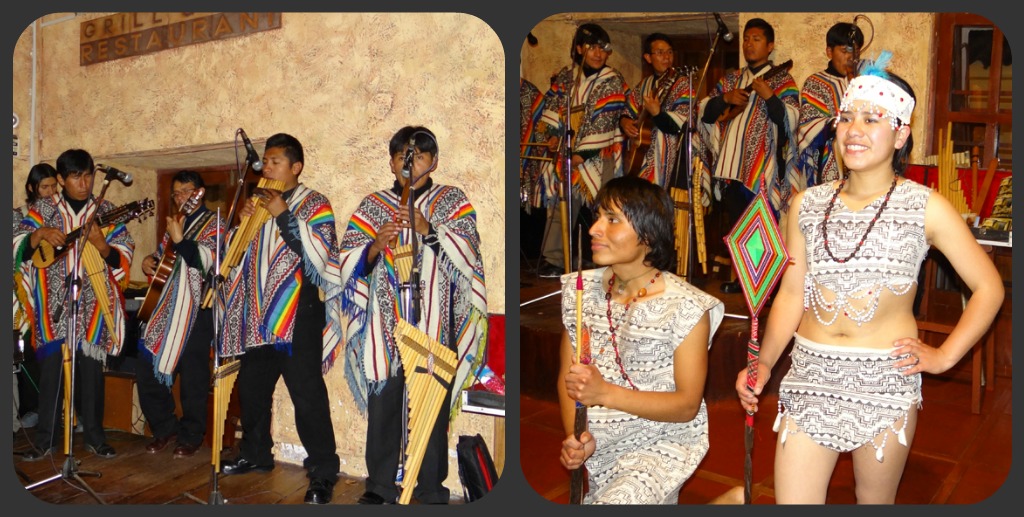 We left Cusco this morning for the ten hour drive to Puno. (Current tour version flies to Puno). En route, we stopped to visit a church at Andahuaylillas. An hour later, we stopped at an archaeological site of Racchi which contains a number of two story buildings built seven hundred years ago. The Temple of Wiracocha is believed to have been the largest single roof structure in Peru before the Spaniards destroyed it. 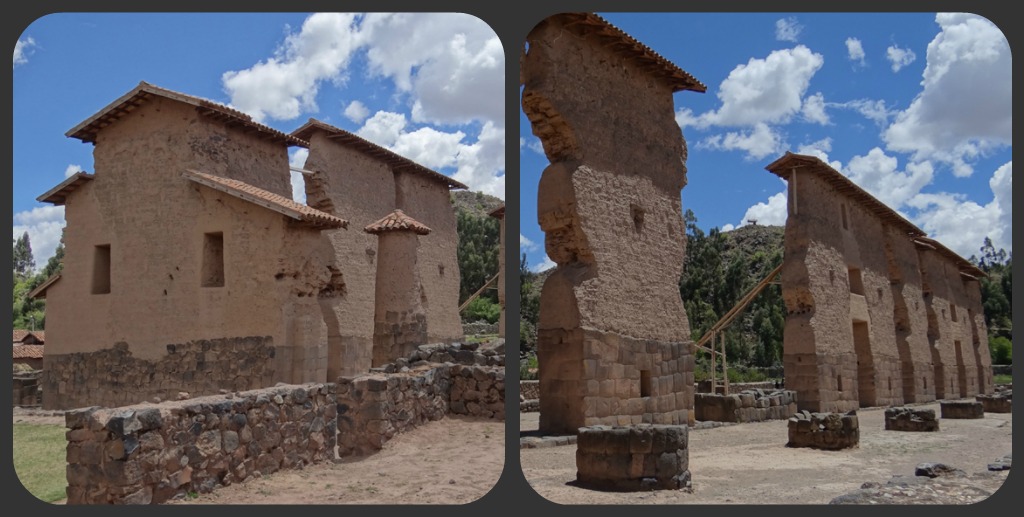 As we drove south, we climbed in altitude. We left behind the trees as we approached the maximum altitude on the tour of 14,200 feet. We were all acclimated now, so while we didn’t try dancing in the aisles of the bus, we had no trouble with normal activities. We stopped at the max altitude where we took pictures of the locals who had set up tables with knit goods to sell. This was where we said a very fond farewell to Luis.

In Juliaca, we picked up our Local Guide, Rosario, and drove to the archaeological site of Sillustani, a pre-Incan burial ground. The tombs are towers built above ground called chullpas that often contained entire families. The architecture appeared to inspire the later Inca stone work, but was actually more complex than the Inca structures. 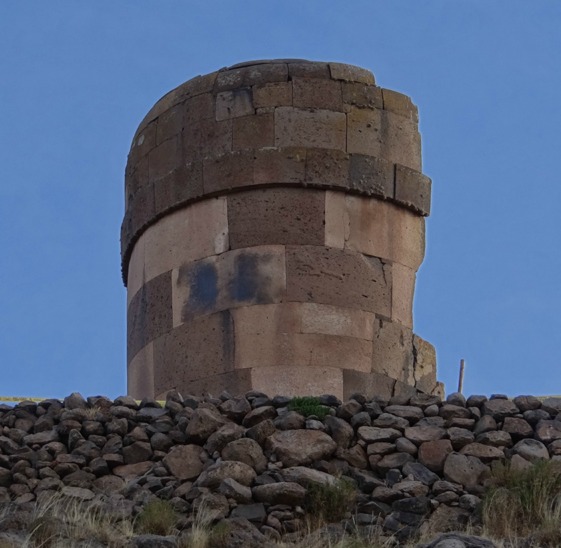 From Sillustani, we drove to our hotel on the far side of Puno. I had a beautiful view of Lake Titicaca. 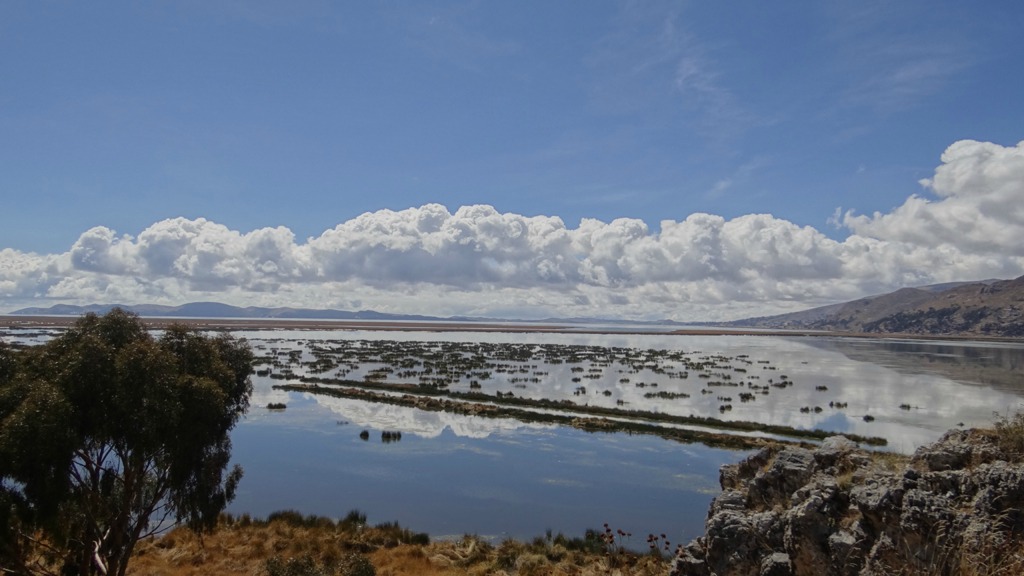