In early January 2011, I had the most phenomenal Trafalgar vacation – a whirlwind trip to experience the ‘real’ Egypt. Over the course of 10 days on the Egyptian Experience, I immersed myself in the unique history, vibrant culture, and delicious cuisine of that captivating country. My journey was simply amazing and the experience unforgettable, but I had no clue that during my time there I would witness the dawning of a democratic revolution throughout Northern Africa and the Middle East.

Like many journalists, I’m intrigued by all of the political wrangling and public uprisings in that part of the world, but in all honesty, I traveled to Egypt for a much needed vacation. The constant waking-up at 4a.m. to host a morning news program can wear-down even the most vigilant news reporter. I was ready for adventure, a change of scenery, and the chance to sleep late. My sole mission for the Trafalgar trip was to rest, relax, and fulfill a lifelong dream of exploring a country that I’ve been enthralled with for many years. 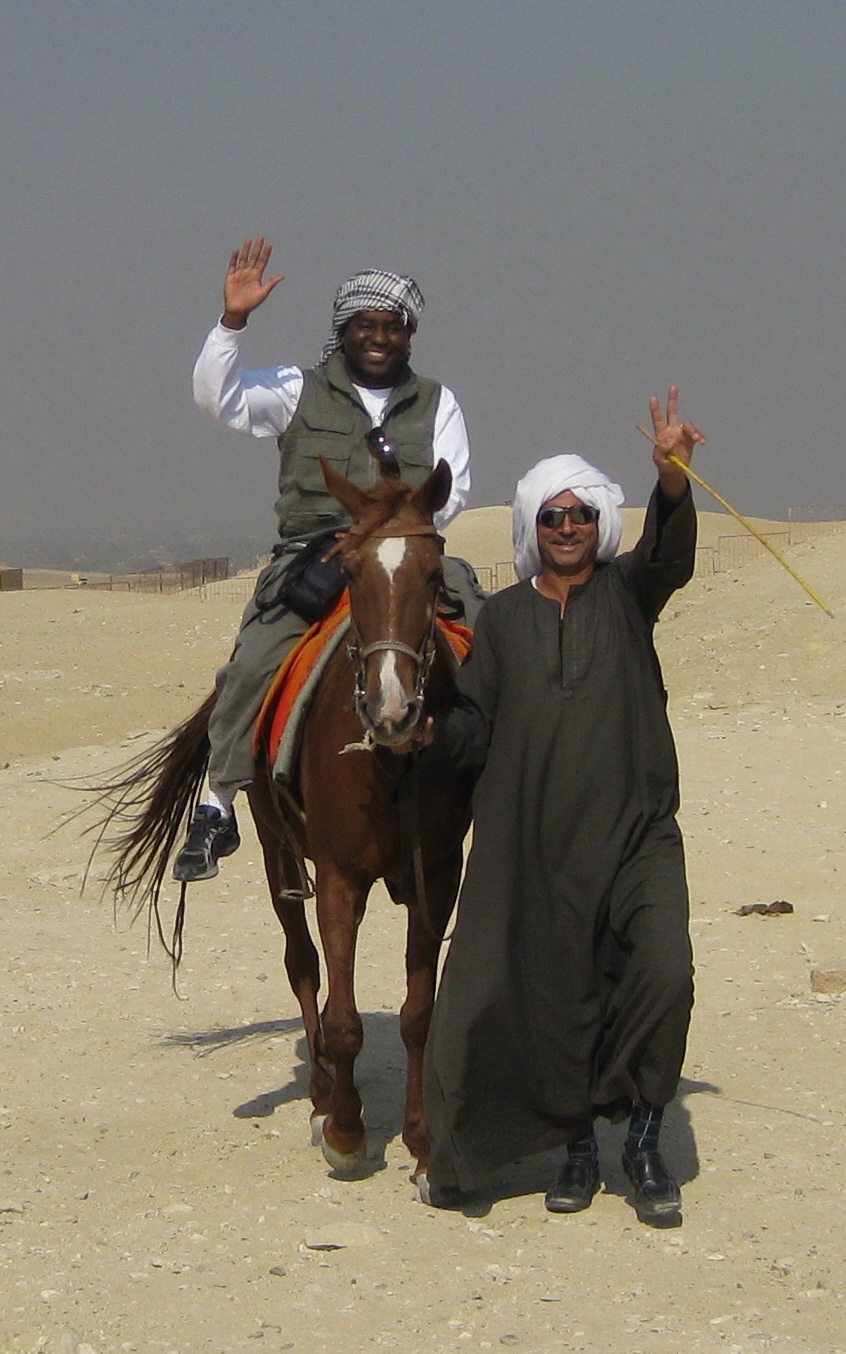 Ever since childhood, when I first flipped through the glossy pages of National Geographic magazine and learned about ancient pharaohs and the pyramids in grade school, I knew I had to visit Egypt one day. In college, my fascination with that country grew as I studied the historic Camp David Accords and diplomatic efforts by Anwar Sadat to promote peace between Egypt and Israel.

In September 2010, after a long day at work, I decided to seize the moment. In order to breakaway from the monotony of news reporting, I began planning my Egyptian escape with the help of a local travel agent.  I finally made it to Cairo and started a compelling journey that never had a dull moment.

While in Egypt, I saw the splendor of rural life from the bumpy confines of my room on an overnight train and I sailed on the Nile River for three days. I enjoyed the pastoral beauty of Aswan, Kom Ombo, Edfu, and Abu Simbel, as I trekked through ruins. I embraced the hectic pace of a cosmopolitan Cairo and fell in love with Luxor’s perfect mix of ancient sites and modern charm. I explored tombs in the Valley of the Kings; visited exquisite temples built in honor of pharaohs; and stood in awe of the Sphinx and the pyramids at Giza.

In front of the incredible Pyramids

While touring the countryside and interacting with the Egyptian people, I noticed disparities between the rich and poor. Yet Egypt’s socioeconomic problems seemed no different from the ones that plague American society. As a matter of fact, at the time of my trip, the unemployment rate in Egypt was around nine percent, just like the United States.  However, one key factor in later uprisings was unemployment rates around 90 percent for Egyptians under the age of 30.

Calls for revolution in that region of the world hit a fever pitch midway through my trip. On January 14, after almost a month of demonstrations, the people of Tunisia ousted their president of 23 years. At the time, many of us knew that such a decisive victory for the protesters would have ramifications for some of Tunisia’s neighbors. Yet none of us realized how quickly change would come.

A few days after I returned to Arkansas, the Egyptian Revolution of 2011 began. Thousands of Egyptians, who were fed-up with governmental policies and wanted economic and social reforms, participated in a series of street demonstrations, marches, rallies and other acts of civil disobedience, violent clashes, and labor strikes that lasted for 18 days and led to the overthrow of President Hosni Mubarak.

Seeing the revolution from afar was bittersweet. The journalist in me wanted to be in the midst of all the action. Yet in my heart I knew I had visited Egypt at the right time. Whether I was walking in communities, or traveling by plane, train, or ship; Trafalgar and its team of experts enthusiastically lead my Real Egypt experience. My Local Guides in every corner of the country introduced me to the modern glory of their homeland and exposed me to Egypt’s rich history and priceless treasures.

As I recall my Egyptian adventure, I can’t help but marvel at the fact that I was an eyewitness to history. I experienced the calm before the storm – peacetime before revolution, thanks to Trafalgar. I hope to return to Egypt one day, meet with old friends, and embrace a culture of resilient people who have healed old wounds and found the courage and strength to build a more stable and prosperous society that benefits all citizens.