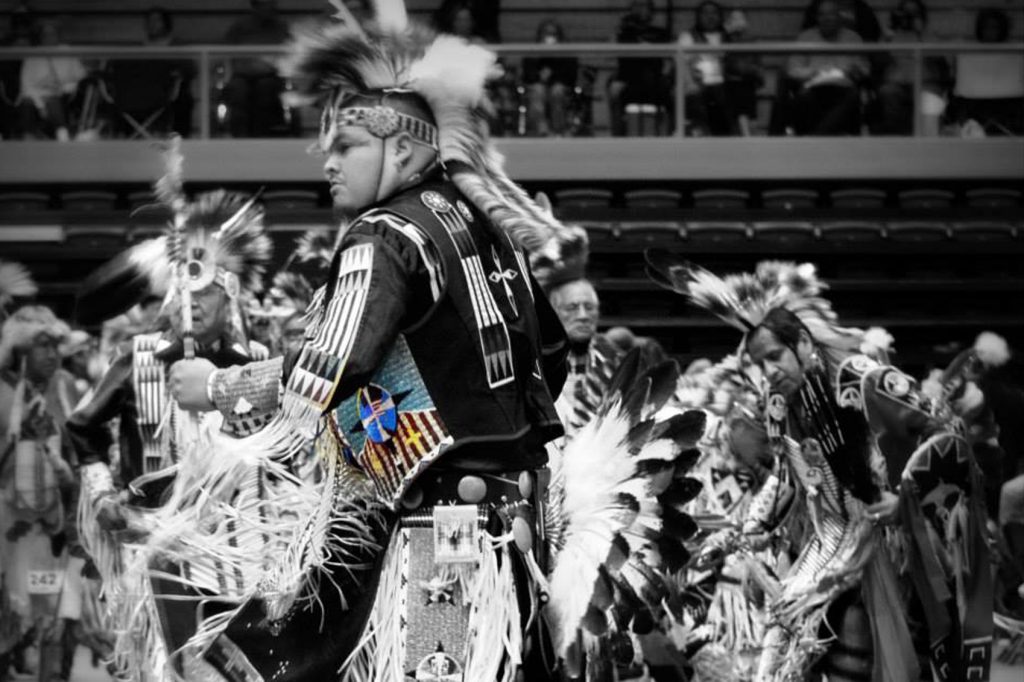 Stephen Yellowhawk’s undeniable passion for dance and sheer determination to promote his Native American culture was evident from the moment we met. A performer for more than 20 years, he is featured as a Cultural Insight on our Trafalgar trips that run through Rapid City, South Dakota, where he lives. Stephen has inspired so many while learning a lot about himself.

Raised by his grandparents, Stephen’s grandfather was from the Lakota tribe and his grandmother from the Onondaga Iroquois tribe. Stephen admitted not knowing much about his culture until he was a teenager and explained how his grandparents suffered the same plight.

“They went to a Christian boarding school and were not allowed to openly talk about their culture or speak their language as it was considered evil. This attitude trickled down into my mother’s upbringing and consequently into my own. So, a lot of my mother’s generation do not speak the language because it wasn’t passed down,” he says.

Describing himself as a ‘normal kid who cared about which video games were going to be released, it was only when Stephen enrolled into a private Native American Christian school that he began to find out more about his heritage.

“I joined a lot of other students from the reservation who already knew a lot about our culture, so I was considered an outsider and was teased and made fun of during those first few weeks.”

Despite being taunted, Stephen felt a great a sense of motivation to discover his roots. “I asked my grandfather if I could start going to Pow Wows, which are social gatherings celebrating Native American heritage; much to my delight, he said yes. My first Pow Wow was a culture shock, but my grandfather would point out who the people were to me.” 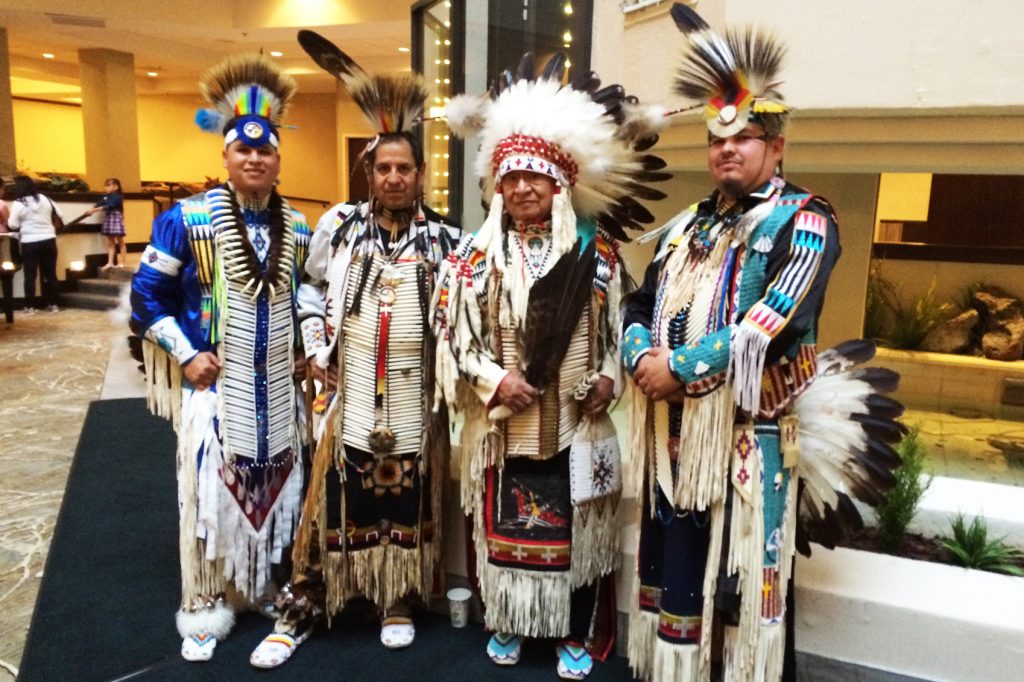 Stephen says his regalia, which can take years to create contains stripes of the American flag as a mark of respect to his relatives who were in the military: “Originally they would do the dance to motivate themselves before a battle or while celebrating a great victory. They fought so hard to keep our culture alive and give us the freedom to express ourselves.

“So, over the next few days, I observed and absorbed everything at the Pow Wow and that’s how I learned.”

Empowered to reconnect with his ancestral heritage, Stephen encouraged his grandfather to immerse himself back into the Native American culture. “He began dancing at the age of 62, which is amazing. My grandmother followed in his footsteps, as did my cousins and my brothers. Now everybody dances, even my children, and it has become a huge part of our lives. Excitingly, my 16-year-old son will be joining me on the tours very soon.”

Now in his eighth year as President of the Black Hills Pow Wow Association, Stephen emphasised that everybody is welcome to attend the annual event in October, to enjoy the beauty of indigenous song and dance.

“It’s an amazing opportunity for Native Americans, veterans, and elders from different tribes. We also like inviting our non-native friends and family members to experience the culture, building bridges and working on race relations. Not too long ago, in the 1950s, there were signs on windows that read, ‘No Indians allowed’, but now Rapid City is home to one of the country’s largest Pow Wow Associations; we’ve come a long way and I am so proud.”

Working as a performer has taken Stephen around the world to Italy, Switzerland and Canada playing the flute, dancing and sharing his story. Stephen credits his grandfather for his strong sense of self, which inspired him to work as a mentor and teacher to young Native American children to help enrich their lives.

“It is so important for the Black Hills Pow Wow Association to exist because of this reason. Every Tuesday and Friday, we invite hundreds of teenagers, about 80% of them are non-Native, from the Rapid School District to explain what goes on in a Pow Wow. It’s a beautiful feeling to be able to explain the importance of having respect for one another and an open mind to other cultures.”

Although he is motivated to showcase his love for his culture and people, Stephen’s greatest inspiration remains his grandfather.

Talking about his performance, Stephen says: “It’s been a blessing to meet all the different groups that come through Trafalgar. I get the opportunity to share what it’s like to be a Native American in today’s society. How I can incorporate the culture, use it to better my life and be an example of what the culture can do for you. I’ve been doing this for ten years now and I love it. It’s awesome that people want to learn.

“I’ve met a lot of lovely people and have kept in touch with quite a few. I distinctly remember a Mexican woman who had a similar upbringing to mine; she was raised by her grandparents and didn’t know a lot about her culture. I often think of her because she was inspired to return to Mexico so that she could research and learn more about her heritage. I’m sure she felt inspired just as I did.”

As Stephen continues his mission to keep his culture alive, he has a simple but empowering message to share.

“Be proud of who you are and take the time to pass your heritage down through the generations as my grandparents did; they were able to break out of that shell and not feel ashamed about their culture anymore. They brought my heritage back to life and it is now a huge part of who I am and what I do; I’m so thankful and very blessed.”

You can meet Stephen and watch his performances on all of the following experiences: Wild West Cowboys and Buffalo, National Parks Wonders, Western Frontiers and Scenic Parks Explorer.