PORTo, PORTugal – it's all about Port - Real Word

I don’t know about you, but I’m a big fan of port wine – for me, it brings back memories of UK Christmases, family, warmth and cosiness. So this week, we’re going back to its origins and taking a look at where it’s from.

If you haven’t tried port before, there are both red and white varieties – made in the same way, just with different coloured grapes. Red ports are typically served as dessert wines, whereas white and tawny ports are often aperitifs.

In Europe, port is protected by European Union Protected Designation of Origin so it can only come from grapes grown in the Douro region of Portugal – along the north east border, where the microclimate is perfect for vineyards. This is actually the oldest protected wine region in the world. The process used makes it stronger and sweeter than normal wines, but it has to age in wooden barrels or sealed glass bottles for a number of years before it’s ready for drinking. 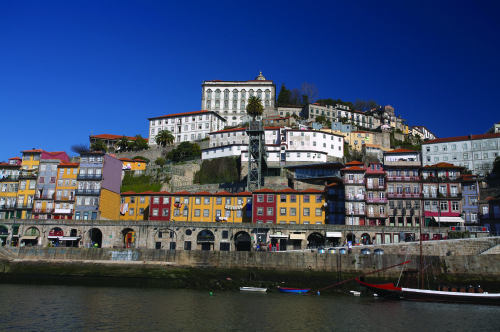 Oporto, the second largest city in Portugal, gave its name to the drink, as until 1986, it was the only place where it was permitted to export port. Originally, it was transported from the Douro region on flat-bottomed boats called rabelos until the river was dammed.

Oporto has over 50 different port producers so you’re spoilt for choice when it comes to tasting the many different varieties. Look out for the more expensive vintage ports – restricted to the best wine produced each decade, which have to be approved by the Port and Douro Wines Institute. You’ll find producers all over the city – down by the waterfront, or if you fancy working for your tasting, a short walk up the hill to take in the view, as well as their delicious port.

Taste the rich, sweet wine from a respected maker in their cool cellars on our Best of Portugal trip or find out more about what you could experience in Portugal.