Stepping Inside Castle Liebenstein in the Rhine Valley - Real Word

Flowing all the way from the Swiss Alps to the North Sea, the River Rhine carves a path through the forested hills of West Germany, forming the idyllic Rhine Valley. Terraced vineyards are cultivated on the valley’s steep slopes, producing plump grapes to make the wine this region is famous for, with medieval stone castles set within the forests. Castle Liebenstein is among these medieval fortresses, built in the 13th century and once the preserve of knights and kings. Tucked within the forested hillside of the UNESCO World Heritage Upper Middle Rhine Valley, the castle overlooks the small riverside villages below. 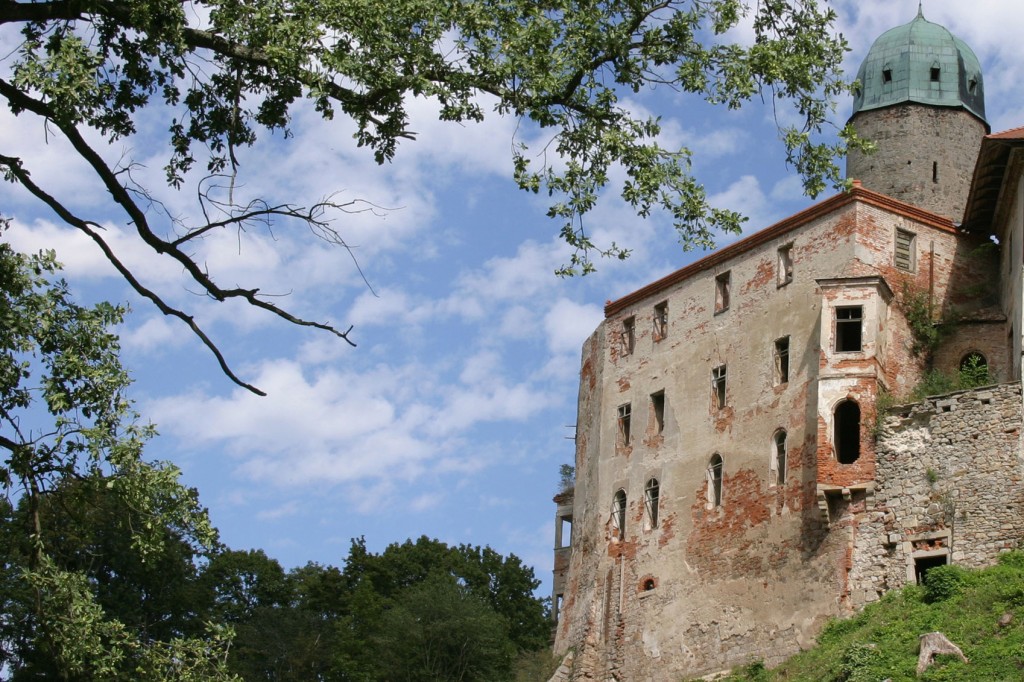 In fact, Castle Liebenstein is one of two medieval fortresses situated along this stretch of the river. Sterrenberg and Liebenstein lie closer to each other than any of the other castles in the valley. Known as “the hostile brothers”, they are said to have been built by two feuding descendants of a former king, who also built the high wall ‘Streitmauer’ between them.

Also known as the Valley of the Loreley – named after a 433-foot slate cliff, which rises up from the riverbank – this lush region attracts visitors from far and wide for its sheer beauty and for the opportunity to get out into the great outdoors along its many scenic hiking trails. Castle Liebenstein is ideally located within this region, situated above the medieval village of Kamp-Bornhofen, which itself attracts visitors throughout the year for its church and monastery, which are important sites on a pilgrimage route. 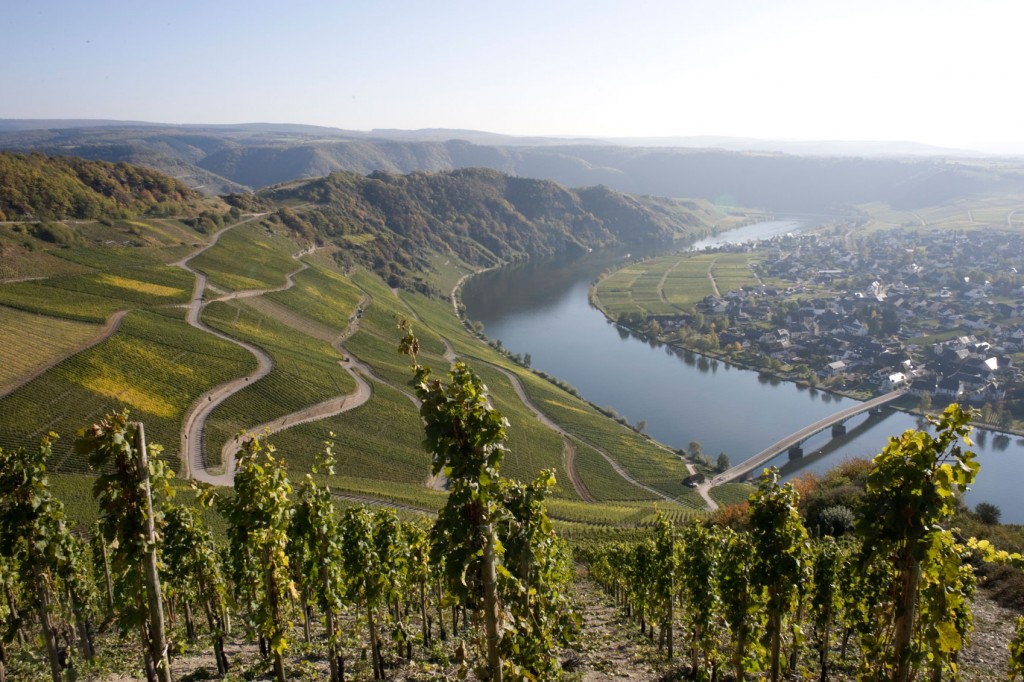 Klaus and Anita Nickenig, who live in a village down-river, are the people behind the upkeep of Castle Liebenstein. Having run the castle since 1995, the Nickenigs admirably strive to preserve and restore the ancient site. They also host guests, introducing them to the history behind the castle and serving up traditional German cuisine in the knights’ hall, which is now an authentic medieval-style restaurant.

“We made the castle into a hotel and restaurant ourselves,” says Anita, “The big tower is the atmospheric setting for the restaurant, and the nine guestrooms are furnished in their original style. Some parts of the castle remain as ruins.” 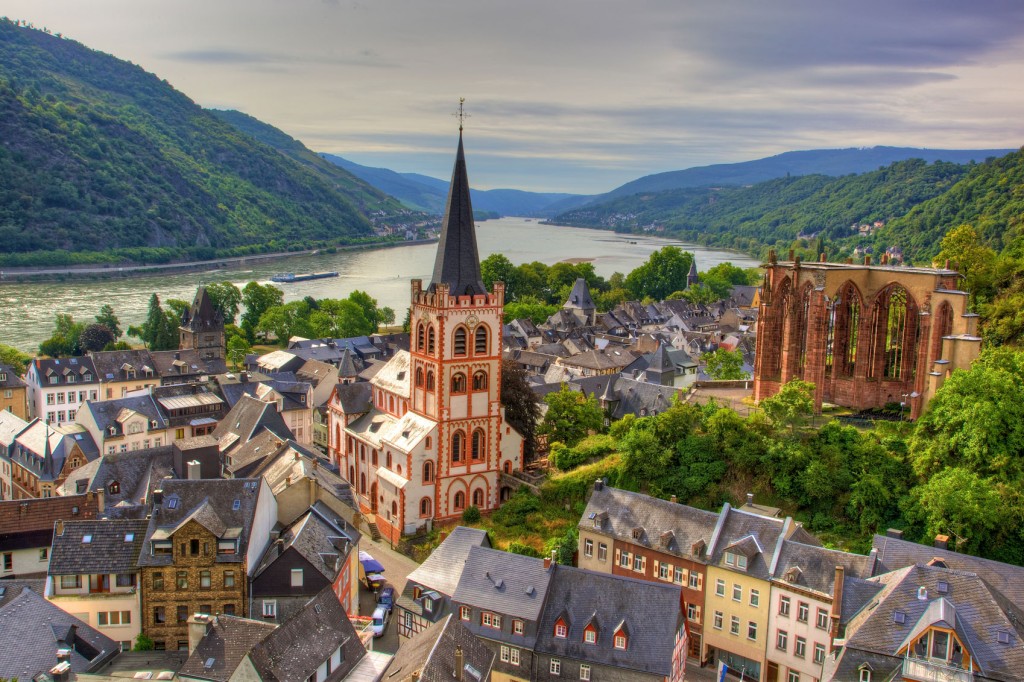 Within the castle’s restaurant or out on the terrace, guests dine on German culinary specialities like the local potato cakes, Reibekuchen, Sauerbraten marinated roast beef, Schweinebraten roast pork, knodel dumplings, and salmon marinated in Riesling. All of this is washed down with local wine produced in the valley.

Anita and Klaus endeavour to give guests a greater understanding of the valley’s past by telling the stories this castle is known for. “When visitors arrive at the castle, they have the chance to explore the surroundings and walk over to Castle Sterrenberg, as well as to hear the stories of the Hostile Brothers,” says Anita. Another character from the castle’s past is now believed to haunt the ancient site. “Some nights during the full moon the Baroness is said to haunt the castle,” says Anita, referring to the Baroness of Liebenstein, who fell from the tower long ago. 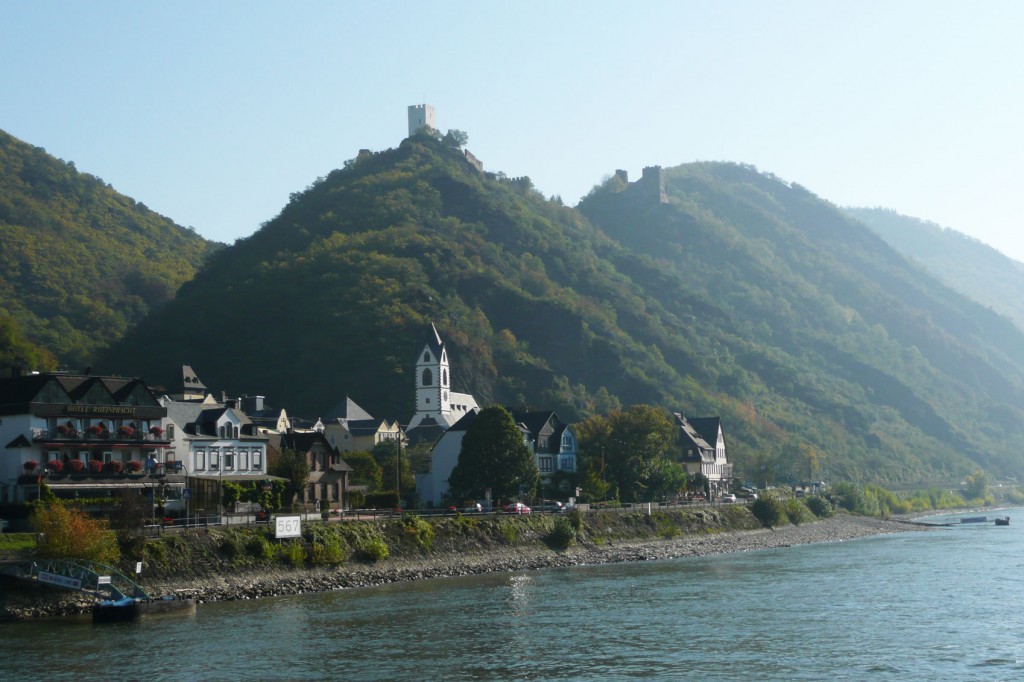 The Nickenigs now host visitors from all over the world. “Most of our guests are international. We get a lot of visitors from the States, Canada, Australia and countries across Asia. They don`t have any medieval castles like this in their home countries, so they find it fascinating to stay here,” says Anita before thoughtfully concluding, “I hope Castle Liebenstein will continue to have guests from across the world, long into the future.”

Explore the Rhine Valley and visit Castle Liebenstein on the Best of Germany trip with Trafalgar.