Zion National Park is a treasure in America’s West. Home to the largest flying bird in North America, one of the best hikes in the country and one of the largest natural arches; you can see why it’s Utah’s most visited national park. With more of us exploring our own backyard this year, we decided to share 11 unusual facts about one of America’s top national parks. 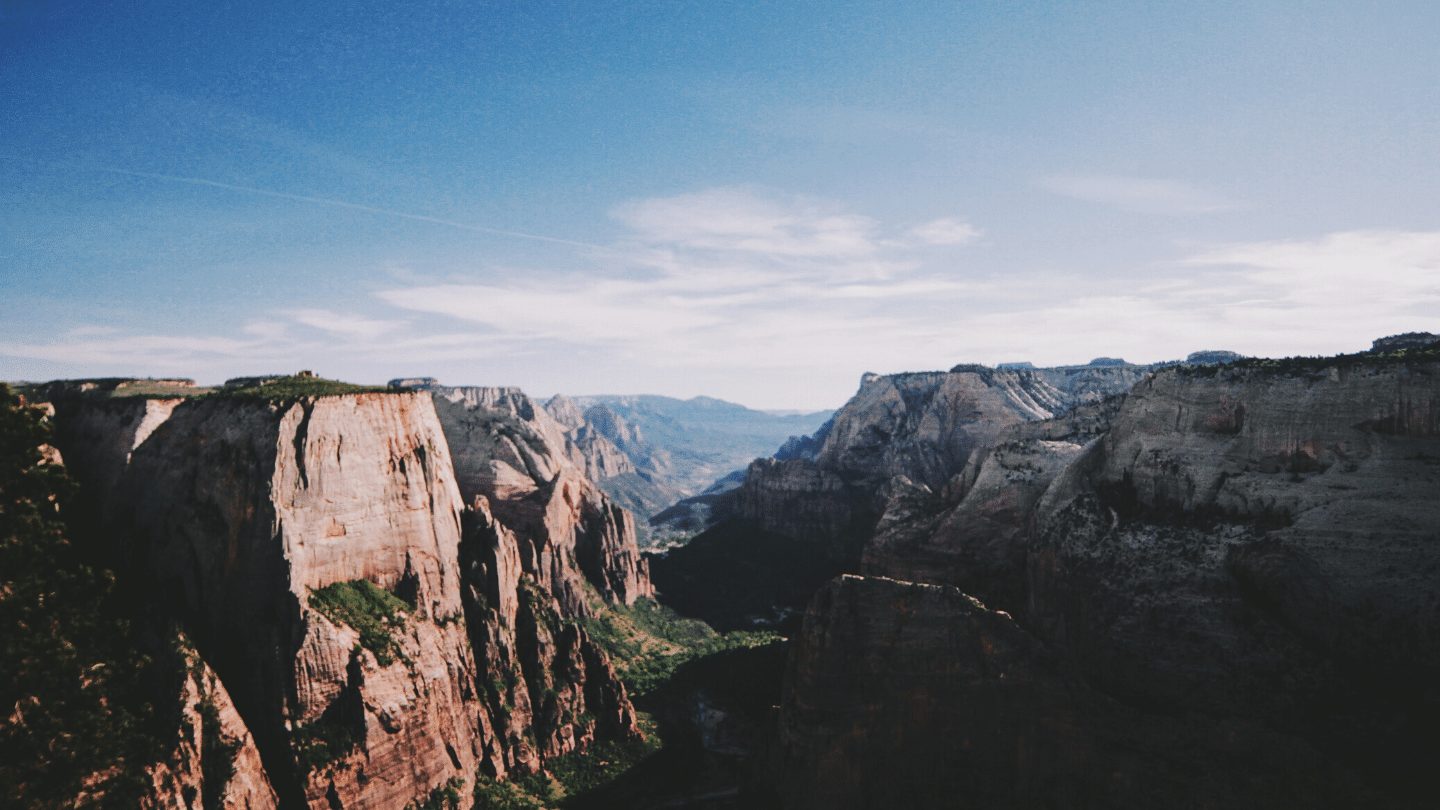 Why is it called Zion National Park?

The first Anglo-European settlers, Mormon pioneers, arrived in the area in the late 1800s. They named the area Zion, which is ancient Hebrew for sanctuary or refuge.

2. Zion National Park used to have a different name

Before Zion National Park was called Zion, it was a monument known as the Mukuntuweap National Monument and was first protected in 1909 by President William Howard Taft. After 10 years, the park expanded and was renamed Zion. It now covers 229 square miles of spectacular red rock landscape. The name change came as many believed that Spanish and Native American names would deter visitors who, if they could not pronounce the name of a place, might not visit.

What is so special about Zion National Park?

3. It was home to an ancient civilisation

The Anasazi were the original occupants of Zion Canyon, a civilisation that thrived around 1,500 B.C.. You can find traces of their magnificent sandstone villages, network of roads and rock art throughout the park today.

The Zion Canyon was carved over millions of years by the Virgin River and is approximately 2,000 feet deep. There are many hiking opportunities along its floor in the 20 to 30 foot wide area known as The Narrows.

5. You can see an endangered species in the park

The California Condor is the largest flying bird in North America and can be found in the wild in Zion National Park. These impressive birds have a wingspan of 10 feet from tip to tip, can fly as fast as 55 mph and reach the dizzying heights of 15,000 feet.

Sadly, they have been on the endangered species list since 1967. Lead poisoning was a major culprit: Condors were accidentally ingesting fragments of lead-based ammunition as they scavenged on carcasses of hunted animals. But since the 1980s, conservation groups introduced a captive breeding programme to pull the California Condor back from the brink of extinction.

Keep your eyes peeled for these giant birds. You may spot one flying above Angels Landing or on the Kolob Terrace Road near Lava Point. 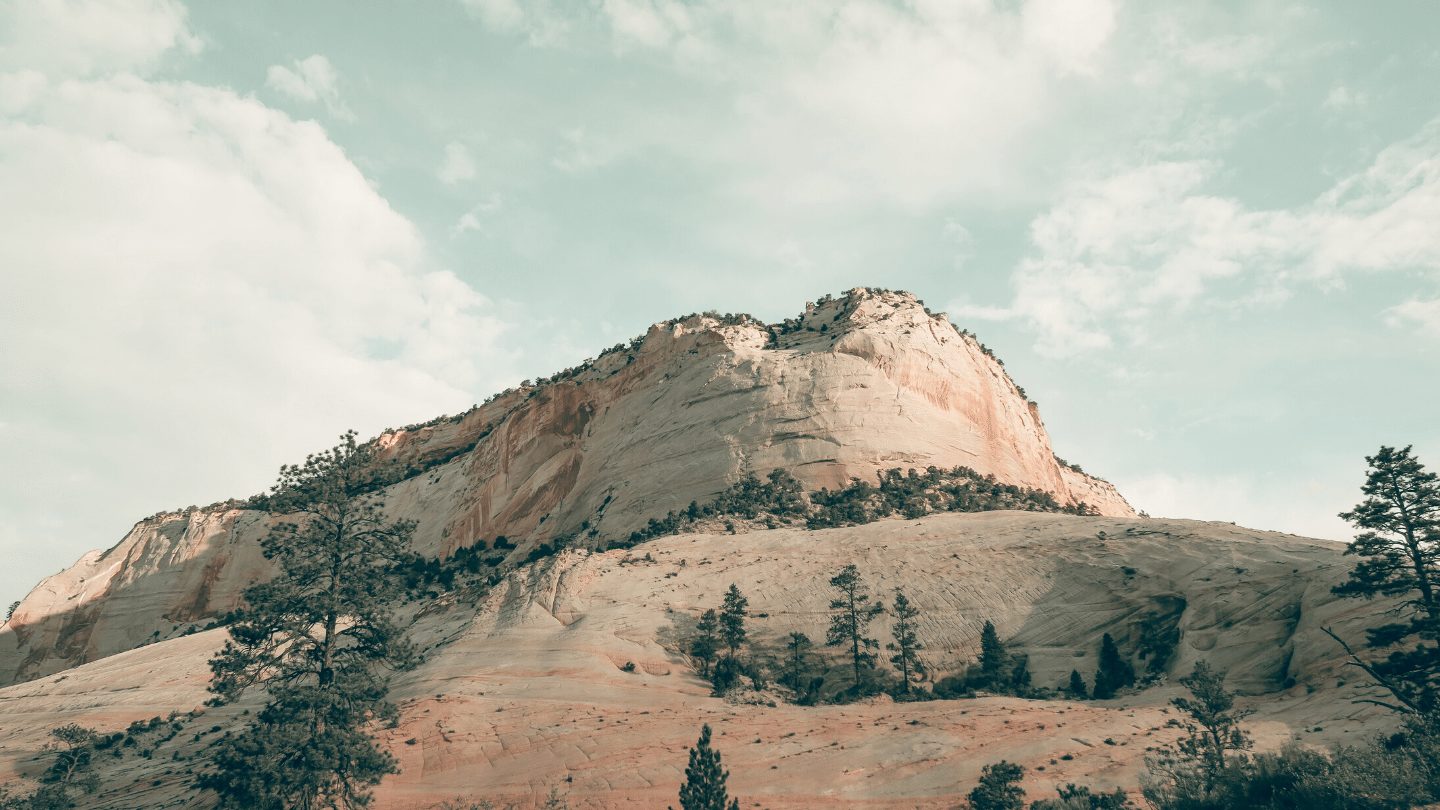 What is the best time of year to visit Zion National Park?

The best time to visit Zion National Park is spring and fall as those seasons have the most moderate weather. However, you can expect occasional cool, rainy spells during these months. Rainstorms are common in Zion National Park particularly in July and September, though March receives the most rainfall.

In the summer, temperatures can reach 100°F or more on the canyon floor. However, during winter, temperatures range from 50°F during the day to below freezing at night. In the winter of 1989, Zion National Park recorded its lowest temperature ever at -20°F.

Due to Zion National Park’s different terrains and elevations, animal life is vast and varied. The park is home to 79 mammals, 32 species of amphibians/reptiles, 8 species of fish and 289 species of birds. Some rare animals to look out for include the Mexican Spotted Owl, Mojave Desert Tortoise and Southwestern Willow Flycatcher.

8. You’ll find one of the largest freestanding natural arches in the world

While the park isn’t known for its natural stone arches, its home to a few impressive ones, like the Kolob Arch. At 287 feet long, second only to Landscape Arch at Arches National Park, Kolob Arch is one of the world’s largest arches. You’ll find it deep in the backcountry of Zion National Park’s Kolob Canyons District. 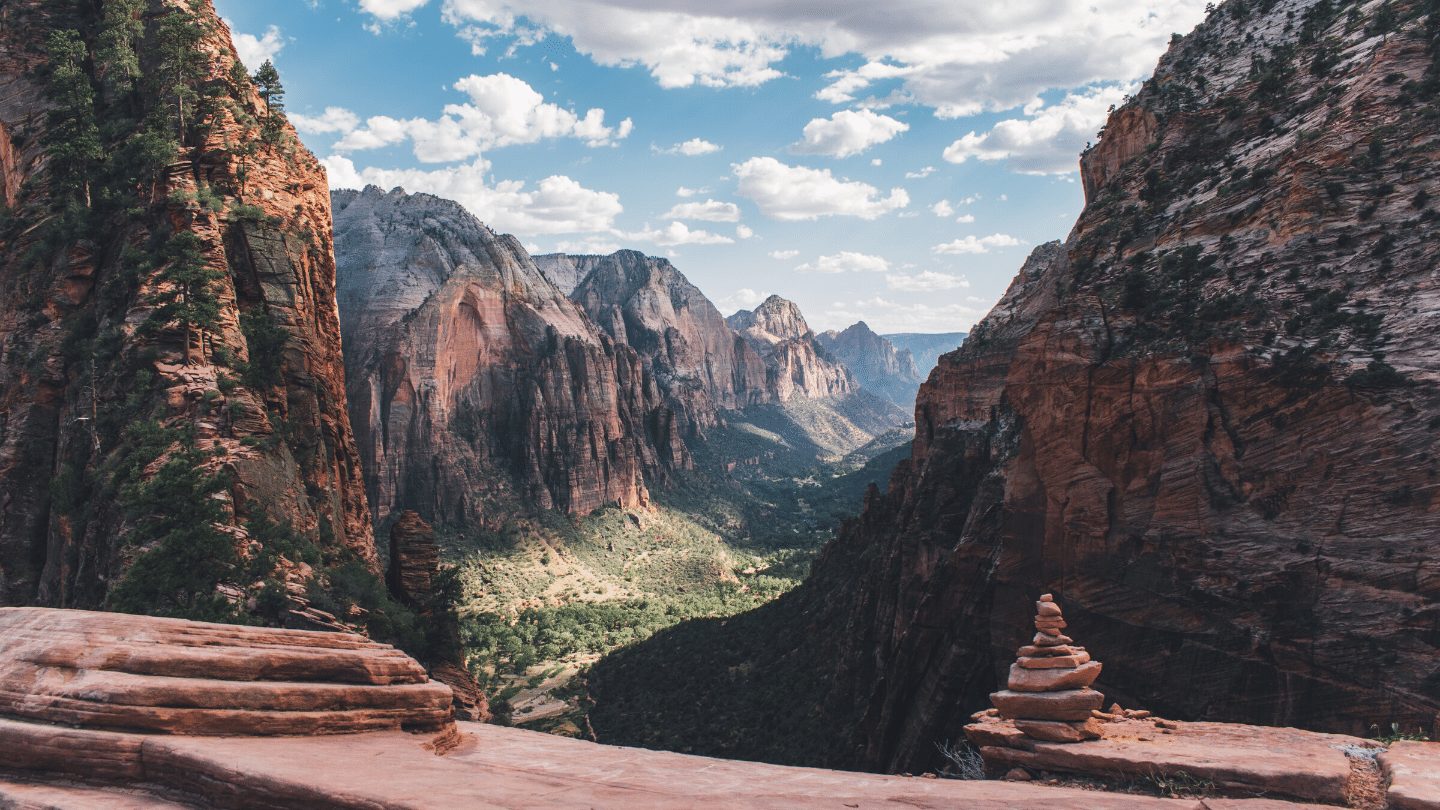 9. It has one of the world’s most dangerous views

Angels Landing in Zion National Park is thought to be one of the scariest hikes in America. It stands at 1,488 feet above the Virgin River and although only a 2.2 mile hike, it includes many zig zag trails up steep hills, sheer drops and exposed edges. However, if you come prepared and take it carefully, you’ll be rewarded with spectacular 360-degree views 1,500 feet above the canyon floor.

10. Zion National Park has a subway

OK, not quite like New York’s subway, but rather a strenuous 9 mile round-trip hike through the left fork of North Creek. This challenging route requires orientation skills, creek crossing and scrambling over boulders. To explore Zion’s subway you must get a permit and it’s subject to daily limits.

The park attracts 4.3 million visitors a year. This number has increased by 60% in the last decade. Its popularity is due to its stunning landscape and the fact that it’s only a three-hour drive from Las Vegas. A visit here is definitely worth adding on if you’re already heading to Vegas and Grand Canyon National Park.

Zion National Park is a must do. To discover the park for yourself, check out our latest trip America’s Amazing Canyon Country, exclusively available to US travellers looking to explore more of their own backyard.