Touching down in Las Vegas, our journey began at Zion National Park, before heading north to Jackson and then snaking our way clockwise around the Midwestern states, looping back to Vegas.

Greeted by Zion National Park’s unmistakable cliffs, we spent the afternoon hiking around its many trails, spotting calm water pools and spectacular rock arches along the way. Onto Bryce Canyon, with its rows of jagged, russet coloured hoodoos that punctuate the sky like a forest made of stone. There are no words to describe our feelings as we basked in their immense size! Heading north from Utah to Idaho, we followed in the footsteps of the pioneers crossing the Oregon Trail. On our approach to Jackson, Grand Teton’s barbed peaks appeared majestically on the horizon. That night we stayed at a traditional lodge in Jackson Hole, and ate our dinner outside by the fire. Being city-dwellers, we were amazed by the sheer number of stars – a remarkable backdrop to our meal.

Onwards to Yellowstone National Park in Wyoming, a wild and wonderful wilderness that made an indelible mark on my soul. I’d wanted to visit since I was a child. From the dazzling yellow and green hues of the Morning Glory Pool and bubbling Old Faithful geyser, to the stampede of woolly bison dashing across the plains, our day was spent soaking up the power of nature. 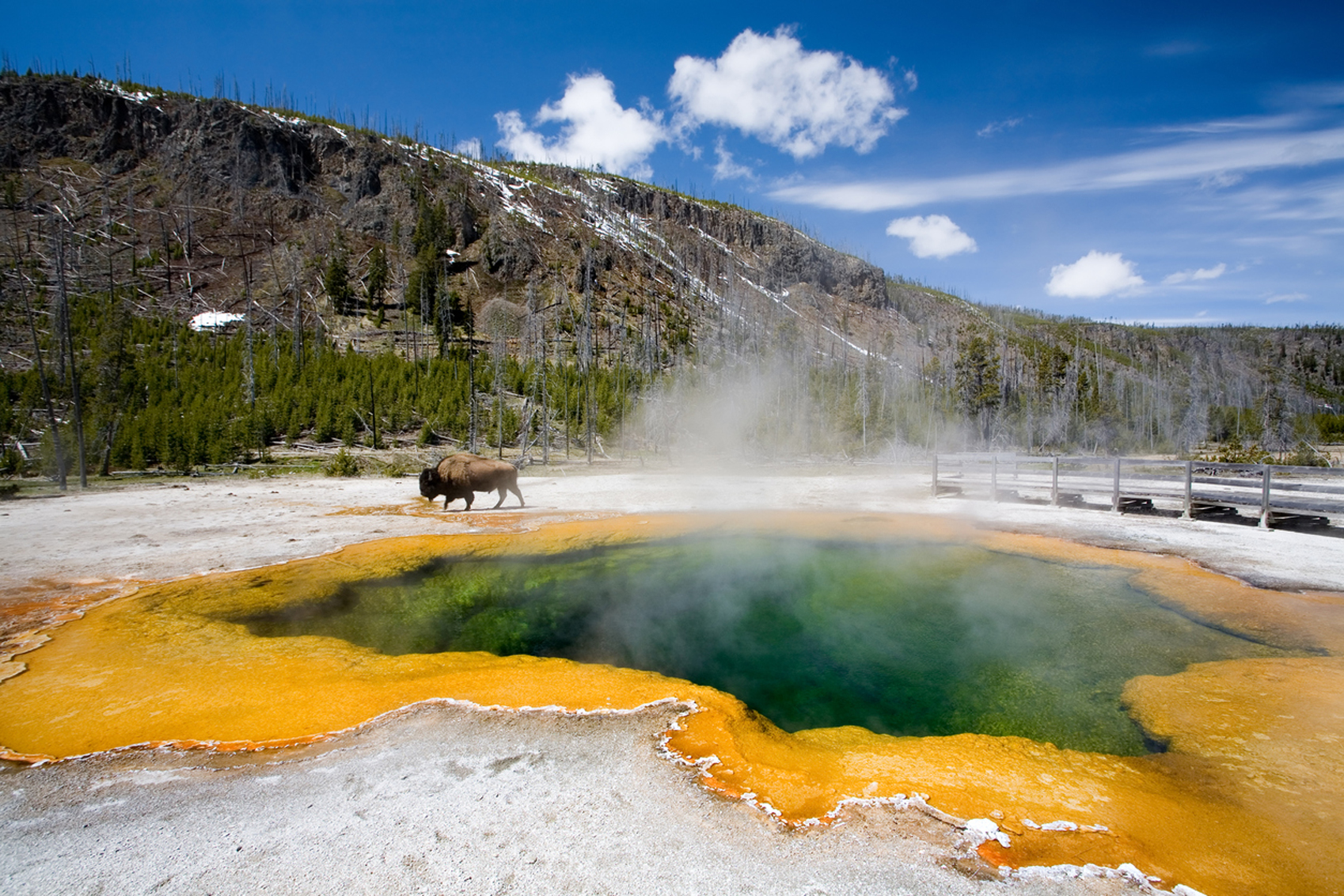 Next up, our journey took us east to Mount Rushmore. Nothing can prepare you for the scale of our former presidents’ granite faces proudly surveying their kingdom. The surrounding Black Hills are rich with Native American history and beg to be explored. We spent an afternoon paying our respects to Sioux warrior Crazy Horse at his memorial, a vast granite sculpture carved into the cliff-face that dwarfs Mount Rushmore in comparison! Later, we had dinner with Stephen Yellowhawk of the Lakota tribe, who shared his heritage and history through an emotive song and dance. 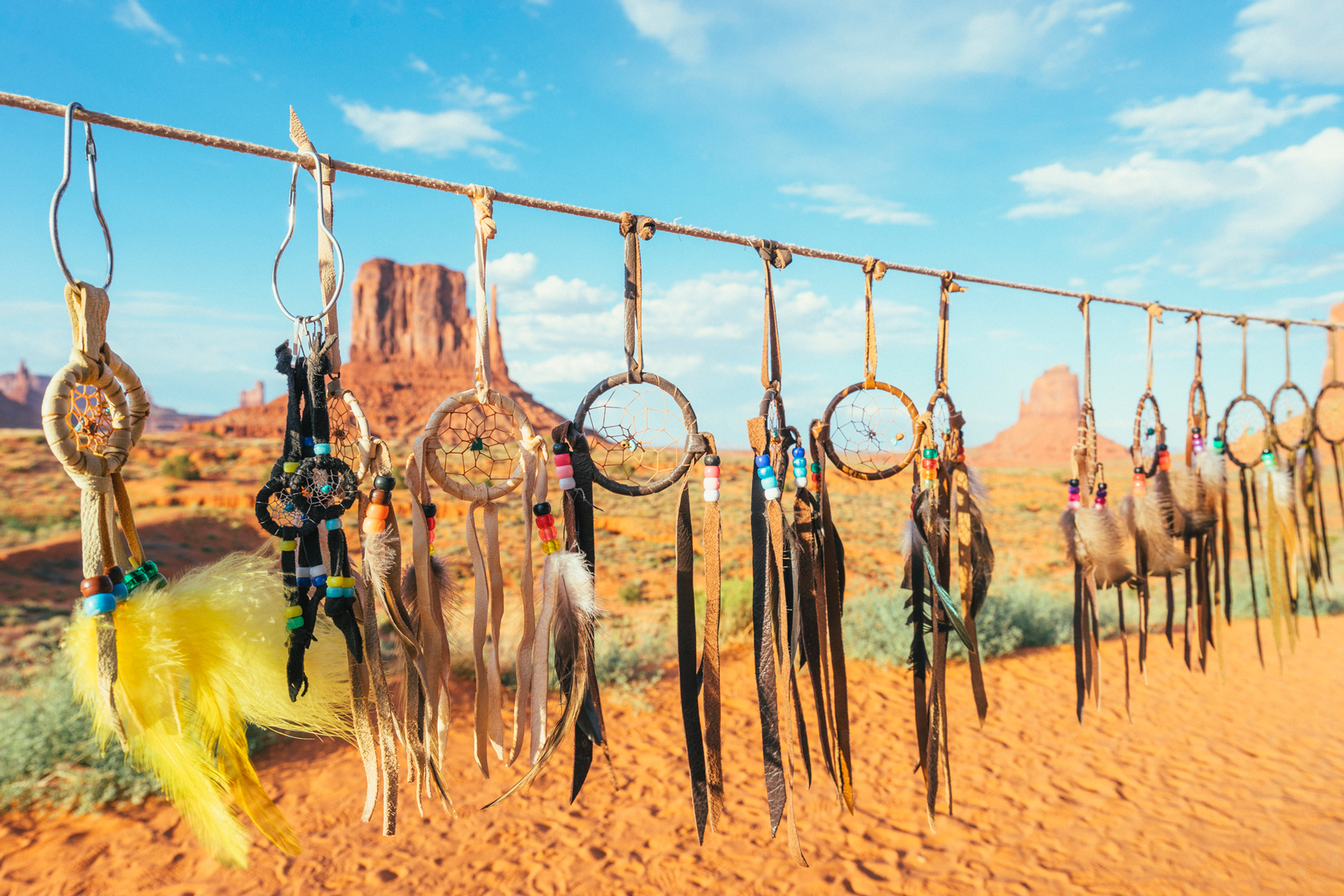 Rolling over the vast expanses of Wyoming grassland down to Denver, my wife and I spotted rather cute prairie dogs burrowing away. After an overnight stay, we continued west to the colourful stone curves of Arches National Park. Having only seem them on screen and print, in real life they took my breath away. The complex layers of contours were mesmerising as we hiked through the rock formations, the red colour of the stone glowing in the sun. The ancient Puebloan houses at Mesa Verde National Park were an incredible window into the past. An archaeological maze of sandstone dwellings built in and around the cliffs, we were surprised at how immaculately preserved they were, given they were built as early as AD 600. We spent the afternoon at Monument Valley. Driving amid those iconic stone buttes (sun-baked to a vivid scarlet) in an open-top car introduced us to the lands of the Navajo.

From here there was just time to squeeze in one more park on our way back to Las Vegas, and what a park it was: the Grand Canyon. Those undulating silhouettes of ochre and red seemingly go on forever, with the mighty Colorado River carving its way through them. We explored a billion years’ of geology and saw how the river’s twists and turns shaped the landscape. A magnificent end to the journey of a lifetime.

You can witness the beautiful terrain of America’s National Parks on our Scenic Parks Explorer trip. Experience the wonder of Yellowstone and the magnificent Canyonlands, staying in luxurious lodges along the way.