Travel inspiration often comes from watching films, and we think these movies set in Asia are magic enough to inspire your next trip. From the glamour of life in Singapore to daring journeys across India, add these movies shot in Asia to your must-watch list and start planning your next Asia trip.

There are plenty of movies – between the Hollywood blockbusters and smaller titles – about Asia that will get you off the couch and eager to explore. 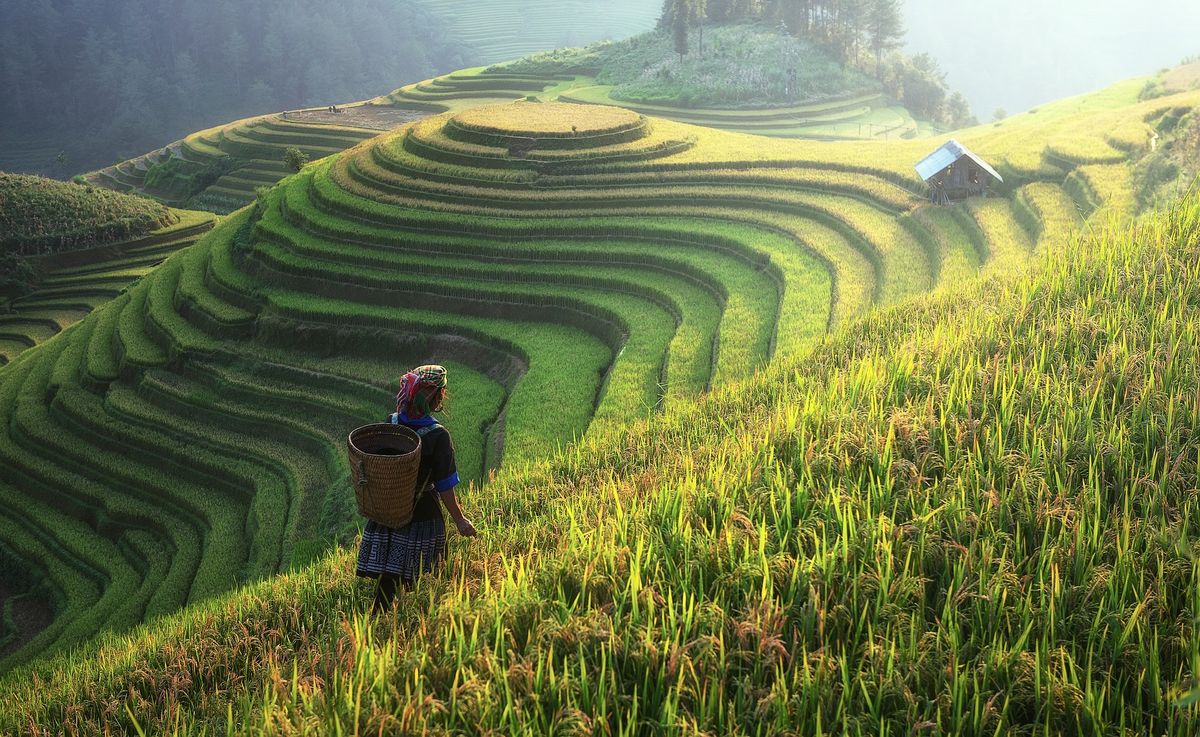 We all know Elizabeth Gilbert’s best-selling memoir-turned-film that stars Julia Roberts. She eats in Italy, prays in India and finds love in Bali. If you’re anything like us, you’re watching this movie set in Asia and Europe for the scenery of course. Expect lush scenes as Julia Roberts cycles through vibrant green rice fields in Ubud and the colour of India as she finds spirituality.

After its release, the film caused a travel rush to the island city of Singapore. Maybe after watching the riches and glamour of this movie adaptation of Kevin Kwan’s best-selling novel you too will be inspired to visit the vibrant destination. From cocktails at Singapore Raffles Hotel, to drinks at the sky-high Marina Bay Sands roof, it’s easy to follow in the footsteps of this movie shot in Asia.

GET INSPIRED BY: Colonial Singapore and Malaysia

In The Mood For Love — Hong Kong

Steamy, dreamy and often described as cinematic poetry, if this 1960s depiction doesn’t make you fall head over heels for Hong Kong we don’t know what will. Wong Kar Wai’s film follows a man and a woman who move into neighbouring apartments on the same day. After learning both their partners were having affairs, they confide in each other. Exploring the entangled mess of betrayal, loneliness in a big city and comfort of intimacy, this is one to inspire your next Asia trip.

GET INSPIRED BY: Hong Kong and Macau Experience

There are plenty of Wes Anderson films that inspire us to travel and The Darjeeling Limited is one of those. It’s an obvious aesthetic fit to use India’s colourful hues and charming locations like old Jodhpur for this movie about travel across Asia. The story follows three brothers on a train journey across India who are trying to reconnect. Now, if only the train was real – we’d be booking a seat, no doubt!

GET INSPIRED BY: Golden Triangle, Tigers and the Ganges

The first major motion picture to be shot in Cambodia since 1964, this action-adventure film takes us through Angkor in the Siem Reap Province of Cambodia. Angelina Jolie is Lara Croft and this movie set in Asia includes famous locations including Ta Prohm Temple. Funnily enough, it has the nickname Tomb Raider Temple now.

GET INSPIRED BY: Siam Reap and Angkor

Follow a young Chinese-American woman torn between her two identities. “Chinese people have a saying: when people get cancer, they die. But it’s not the cancer that kills them, it’s the fear.” says Billi’s mother and so the family is keeping the information a secret from the grandmother. The family travels to China to say a final farewell to the family’s matriarch.

GET INSPIRED BY: Best of China

Describing itself as a “ramen western”, this satirical Japanese comedy follows a truck driver who decides to help a roadside ramen noodle shop owner improve her recipes. Essentially, if you love to travel via your stomach and want to see non-stop footage of big steaming bowls of ramen, this is the movie shot in Asia for you. By the end you’ll be ready to eat a big bowl of noodles and sliced pork ramen, and be booking that next Asia trip for yourself.

GET INSPIRED BY: Classic Japan

Have you seen many of these movies set in or shot in Asia? Let us know in the comments which movies about Asia will inspire your next Asia trip…