How the sandstone pillars of Monument Valley were actually formed

Towering 1,000 feet above the desert floor, millions of years old – and according to Navajo legend, the carcasses of defeated monsters – Monument Valley’s red sandstone pillars are one of America’s great natural wonders.

Known as the West Mitten Butte, East Mitten Butte and Merrick Butte, these sandstone pillars are world-famous, ingrained in pop culture and synonymous with America’s mythic “Wild West”. So join us, as we delve a little deeper into understanding how these rock formations came to be and what makes them so iconic.

What are the rock formations in Monument Valley called?

Monument Valley’s red sandstone pillars are called buttes, they are isolated hills with steep, vertical sides and a small, relatively flat top rising hundreds of feet above the desert floor.

What type of landform is Monument Valley?

Buttes were once part of flat, elevated areas of land known as mesas or plateaus. In fact, the only difference between a mesa and a butte is its size. Most geographers say a butte is taller than it is wide, while a mesa is a much larger, slightly less elevated feature. 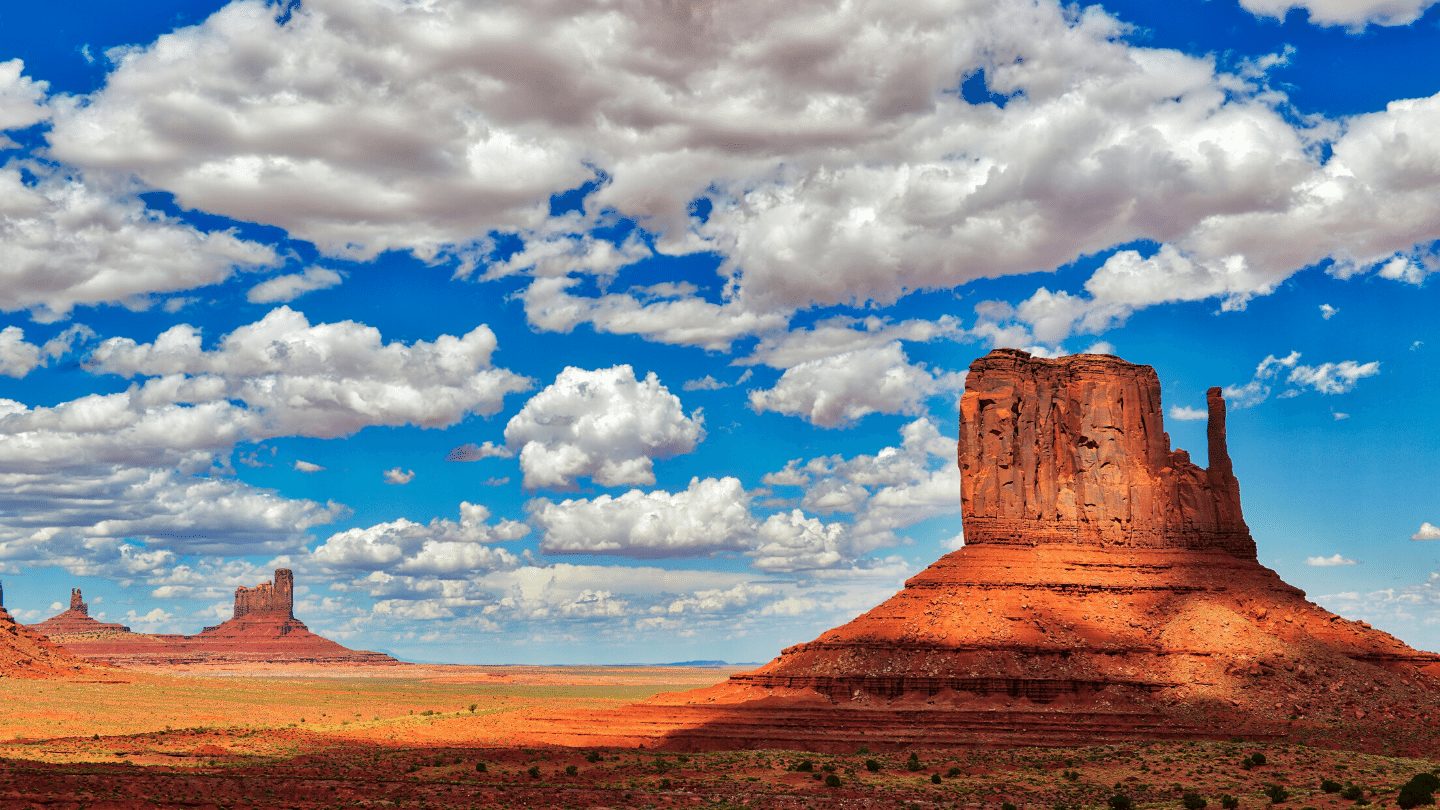 The buttes (sandstone pillars) were created through the process of erosion, the gradual wearing away of earth by water, wind, and ice. The buttes formed over millions of years, as streams slowly cut through a mesa or plateau. The hard top layers of buttes, called caprock, resist weathering and erosion. But the softer rock surrounding the caprock is slowly eroded by wind and rainwater. The caprock protects the more vulnerable rock beneath it and buttes slowly become slender spires. Eventually, the caprock falls prey to severe weathering and erosion causing debris to fall to the side of buttes, known as scree or talus.

Buttes usually form in arid regions and Monument Valley, in the U.S. states of Utah and Arizona, are arguably the most famous collection of buttes in the world. The buttes of Monument Valley have been the setting for many movies and television series, from Forrest Gump to Easy Rider. 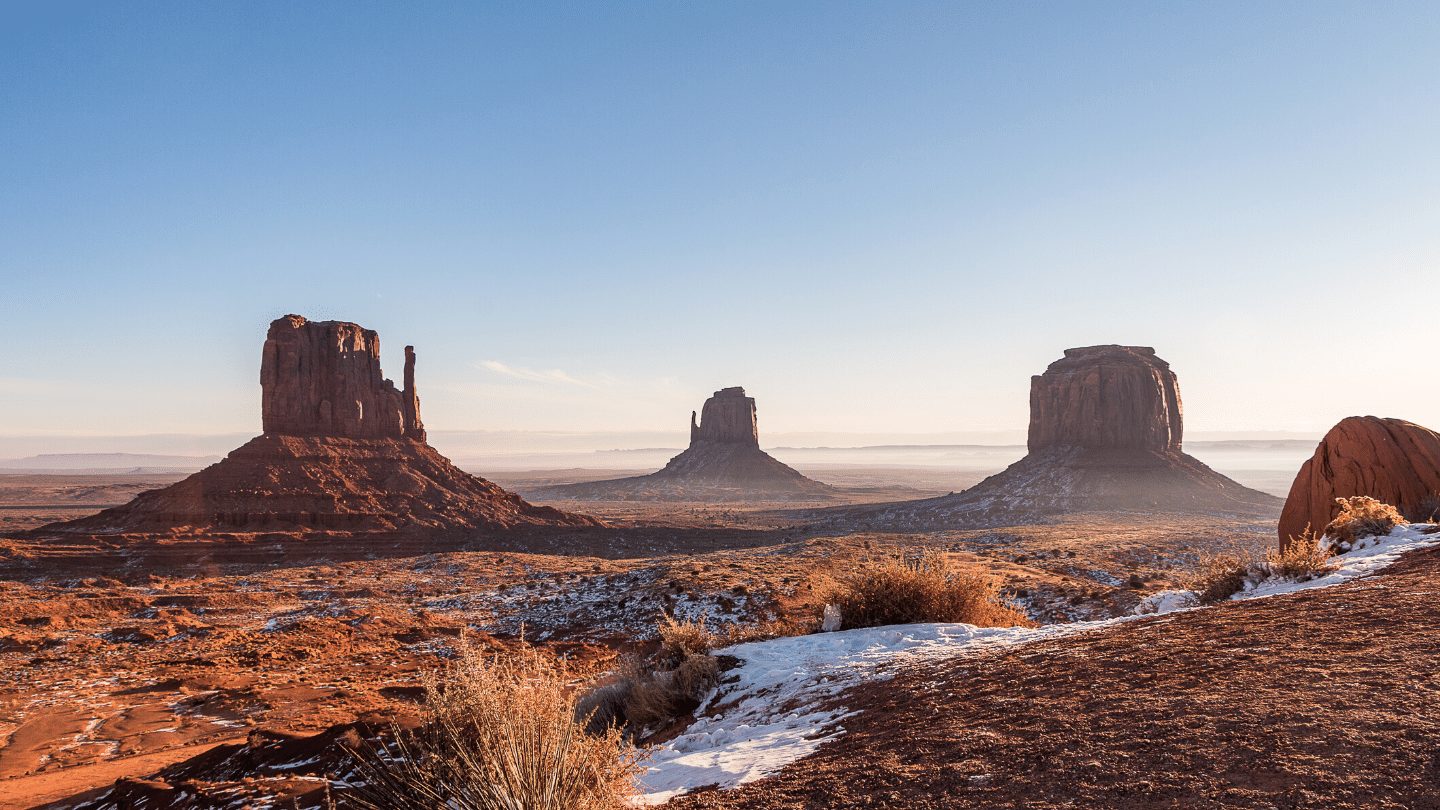 But how did Monument Valley became a symbol of the Wild West?

For centuries only Native Americans specifically Navajo and Paiute occupied the whole landscape. In the early 20th century, non indigenous people began visiting and at the start of the 1920s a sheep herder called Mike Goulding set up a trading post on the Utah side which at the time was just outside the Navajo reservation.

During the 1930s, Monument Valley was hit hard by drought, the Great Depression and a forced reduction of livestock by the U.S. government, which was a vital source of income for the Navajo and Paiute people. Mike Goulding tried for years to draw the world’s attention to the spectacular landscape believing tourism could boost the local economy. But the area’s big break came in 1938, when Mike took photos of Monument Valley to Hollywood. 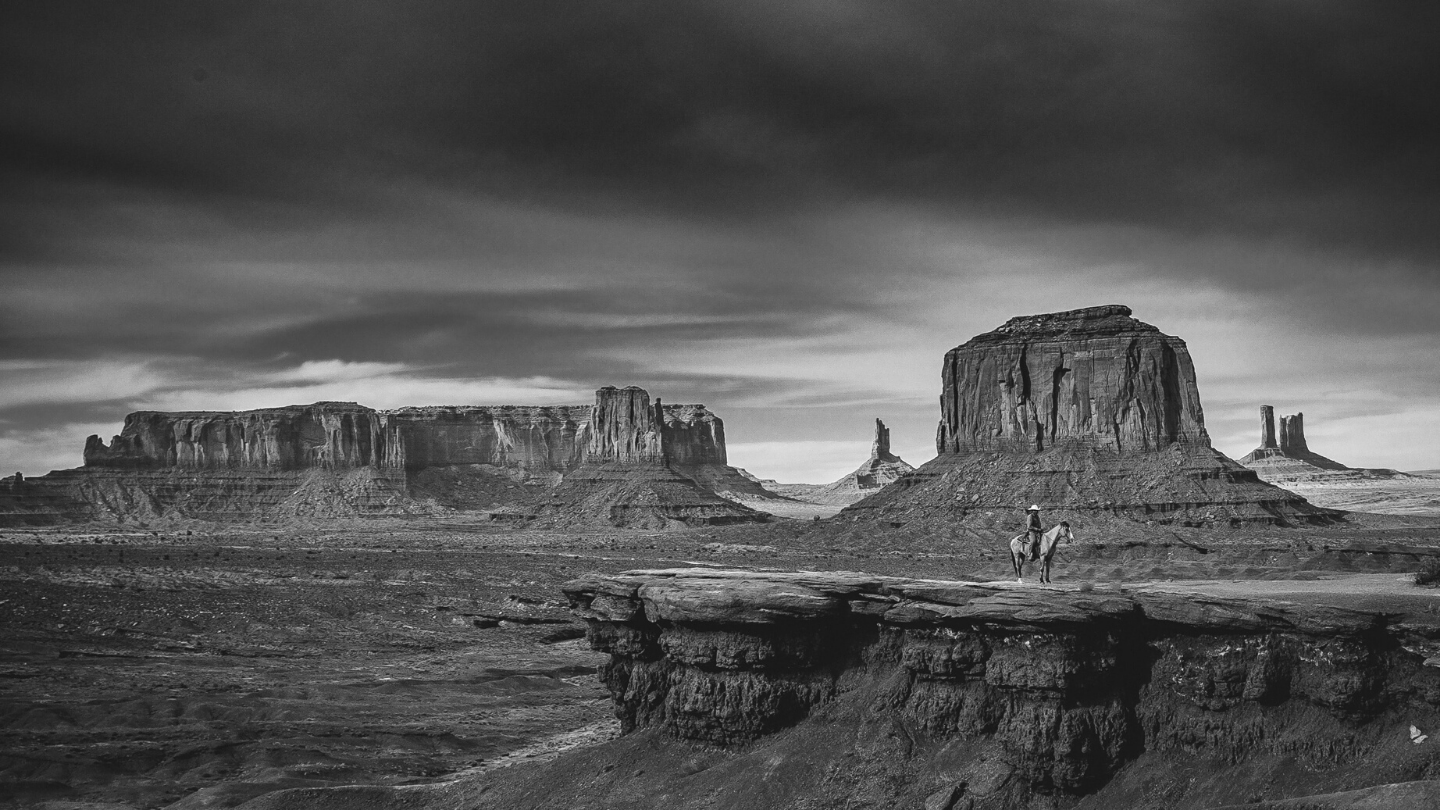 The Hollywood production of Stagecoach directed by John Ford was shot primarily on location in Monument Valley and completely revolutionised the Western. Elevating this genre of film from the low budget “B movie” reputation it had developed in the 1930s; into one of Hollywood’s most popular genres for the next 20 years. It was also the break out role for American icon John Wayne. Stagecoach mainstreamed the Western and this is how Americans began to associate Monument Valley with the mythic American West.

When the film company for Stagecoach had finished production in late 1938, the company paid Navajo locals who had worked as crew and extras (although playing the roles of infamous Apache tribesmen) approximately $50,000. The money was only enough to get the Navajo and Paiute people through winter. But luckily for them, as Monument Valley’s popularity grew so did Goulding’s plan to bring tourism to the area. The Monument Valley Navajo Tribal Park now sees around 350,000 visitors each year and guests can enjoy Navajo lead tours of the famous buttes.

So there you have it, millions of years hold, 1,000 feet high and host to 350,000 visitors each year, Monument Valley’s sandstone pillars (buttes) are pretty impressive. Fancy exploring them for yourself? Then check out our latest trip, America’s Amazing Canyon Country from our limited Near not Far series.