The Last Frontier in more ways than one, Alaska’s Arctic fringe, rolling plateau, giant sea cliffs and exhilarating wildlife certainly inspire awe. And whilst elsewhere wildlife might be shy and retiring, in Alaska there are bears in the rivers, eagles in the air, moose bestriding paths and barking seals on the coast. To celebrate Alaska’s abundant wildlife, we’re whisking you away to experience a bit of animal magic through seven incredible photos.

Despite their cute, cuddly appearance, polar bears are among the most powerful predators on ice. Thankfully for people who like to spot them on craggy icebergs and steep valleys full of snow, they are also one of earth’s most patient hunters. However, due to climate change and increasing human development in traditional polar bear habitats, they are an endangered species and so must be viewed from a distance and treated with respect. 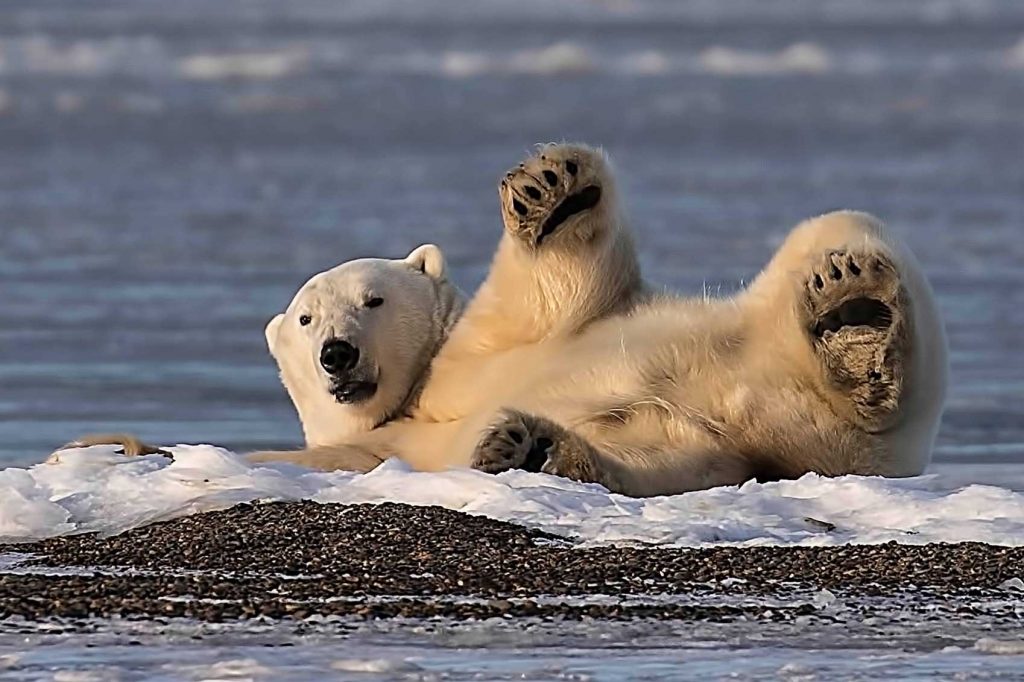 Alaska is home to the largest population of bald eagles in the world, with approximately 30,000 birds living across the state. Each one is instantly identifiable, thanks to their vast wingspans (over two meters in length); their reputation as the national animal of America (appearing on the state’s seals); and, of course, their distinctive white head. 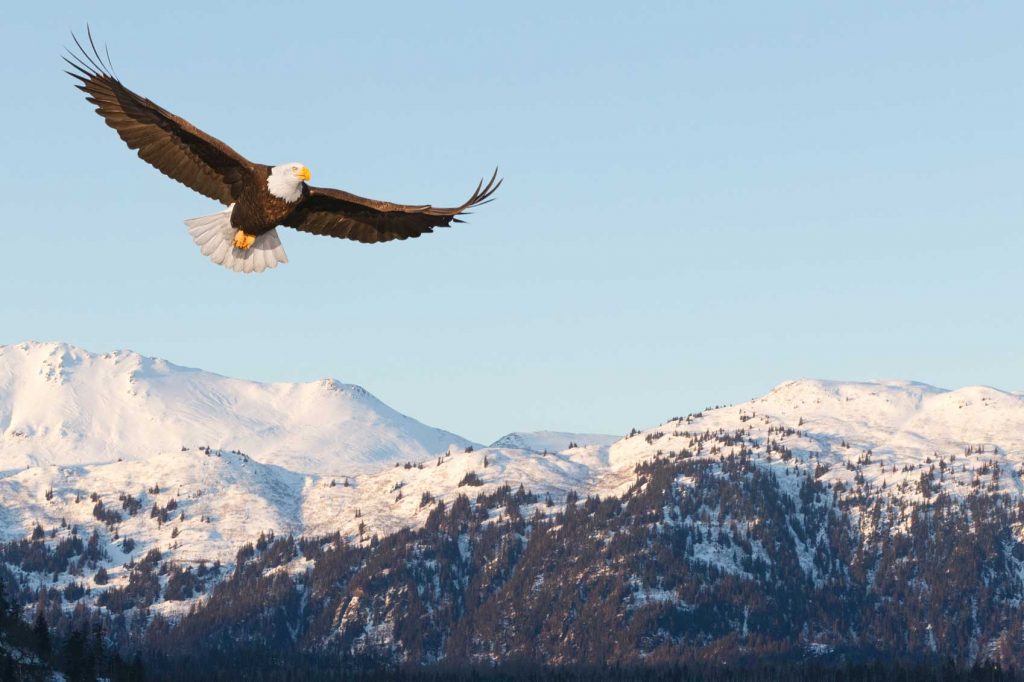 Quiet, solitary creatures, lynx are most commonly spotted in the springtime, when mothers are having to hunt and care for their playful kittens. Resembling a large bobcat with longer legs and ears, the lynx spends much of its time chasing down local snowshoe hares, mice and birds. Special to Alaska because they are the only cat species native to the state, they’re also (unusually for a cats) quite fond of swimming. 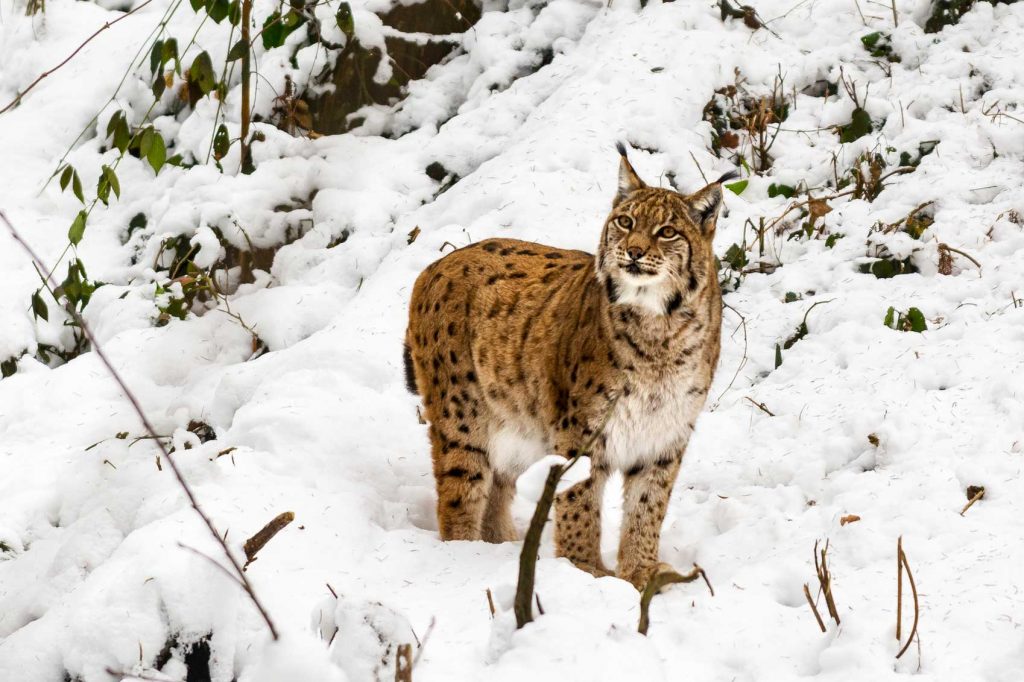 Known as moose across North America and “elk” in Europe, these creatures are the largest members of the deer family with many reaching six feet in height. Neighbours to Alaskans for thousands of years, they often descend from the high ground to drink from rivers but also appreciate their space. So, keep your distance from the bulls, which, though peaceful creatures, are best left alone. 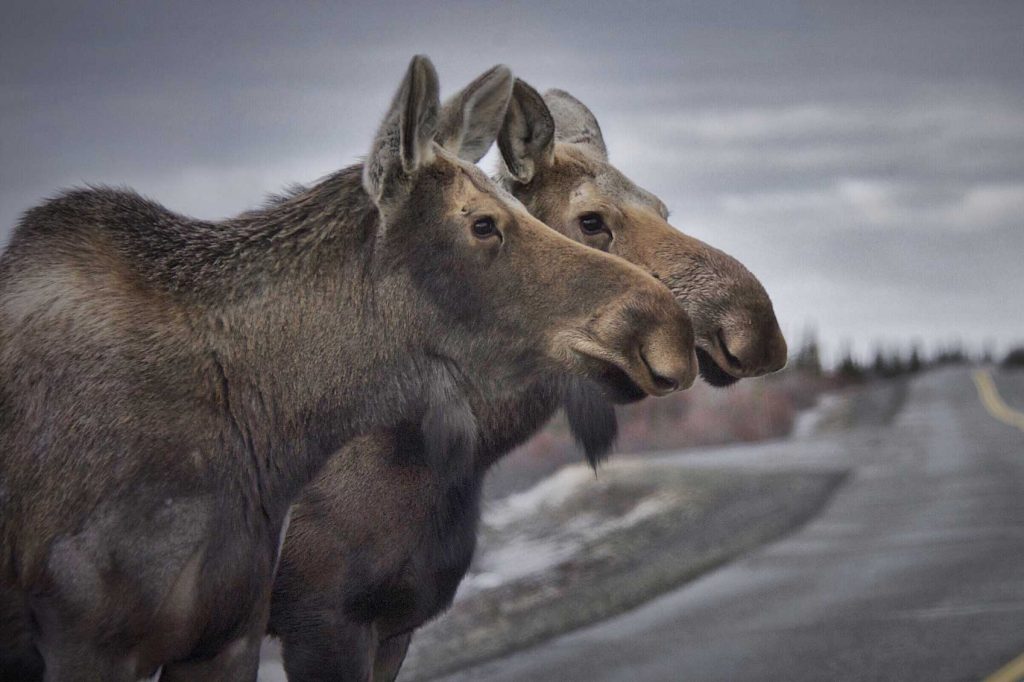 The “big sausages of the ocean”, as they are sometimes amusingly called, seals come in all shapes, species and sizes off the Alaskan coast. The most common, however, are harbour seals, which are covered with short, stiff hairs and are usually either grey or dark brown in colour. Using a funny caterpillar motion to wriggle (thanks to fused pelvic bones) on sandbars, beaches or ice floes, they can spend over 20 minutes gracefully swimming beneath the waves. 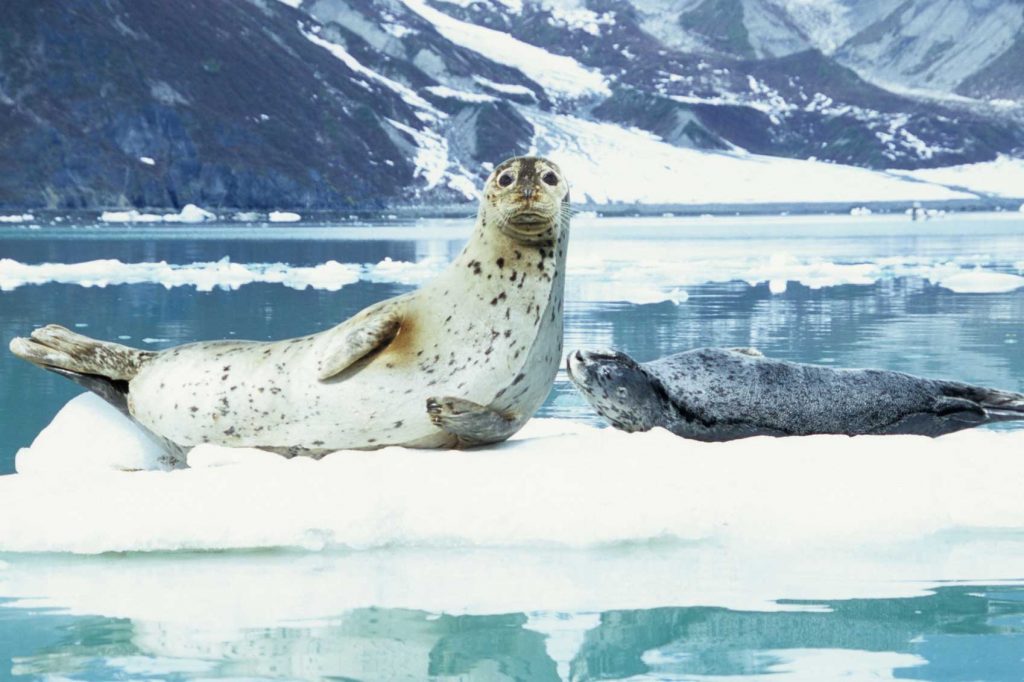 Humpback, Grey and Minke whales all swim within a stone’s throw of the Alaskan coastline. They can grow to over 33 tons and can be spotted when they come up for air every 10-40 minutes. If you see a twitch of white above the foam, you may have spotted one of the Beluga variety. Marked out by their small size and prominent foreheads, these vocal mammals can often be seen playing alongside sea lions, seals and fish. 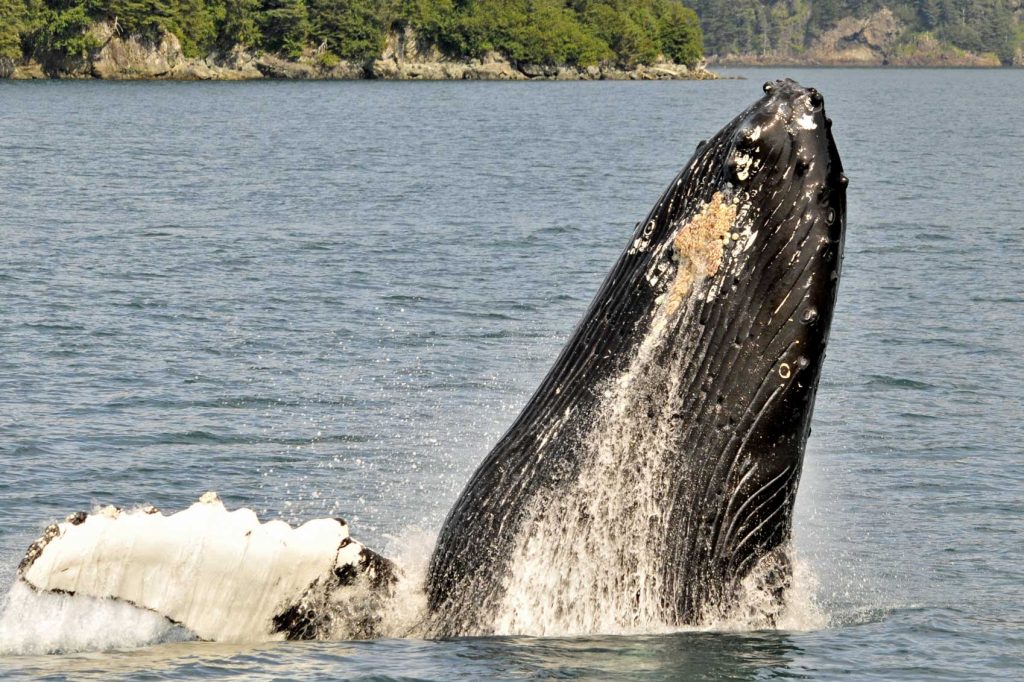 There are roughly 50,000 bears in Alaska. And the biggest, most awe-inspiring of these is undoubtedly the grizzly bear. Most often found merrily chomping on berries, salmon, roots – and even moose and caribou – they tend to be isolated creatures but can be seen in greater numbers if visitors find one of their favourite spots, such as a patch for salmon fishing or a tree that’s notorious for its back-rubbing qualities. 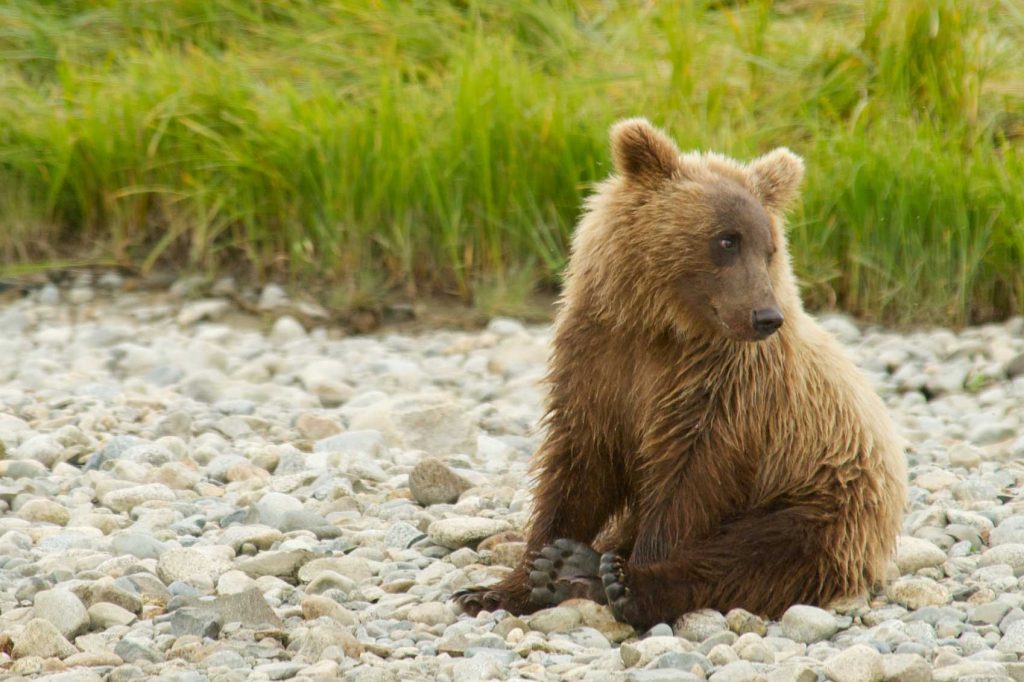 If these photos have built up an appetite to see Alaska’s wildlife, why not click here, to see the incredible opportunities Trafalgar offer.