With glacial rivers that have formed alongside rainforest, limestone monuments that have slowly eroded over time, and the world’s largest coral reef, inhabited by an unfathomable diversity of aquatic creatures, there’s an extraordinary array of natural wonders in Australia and New Zealand. 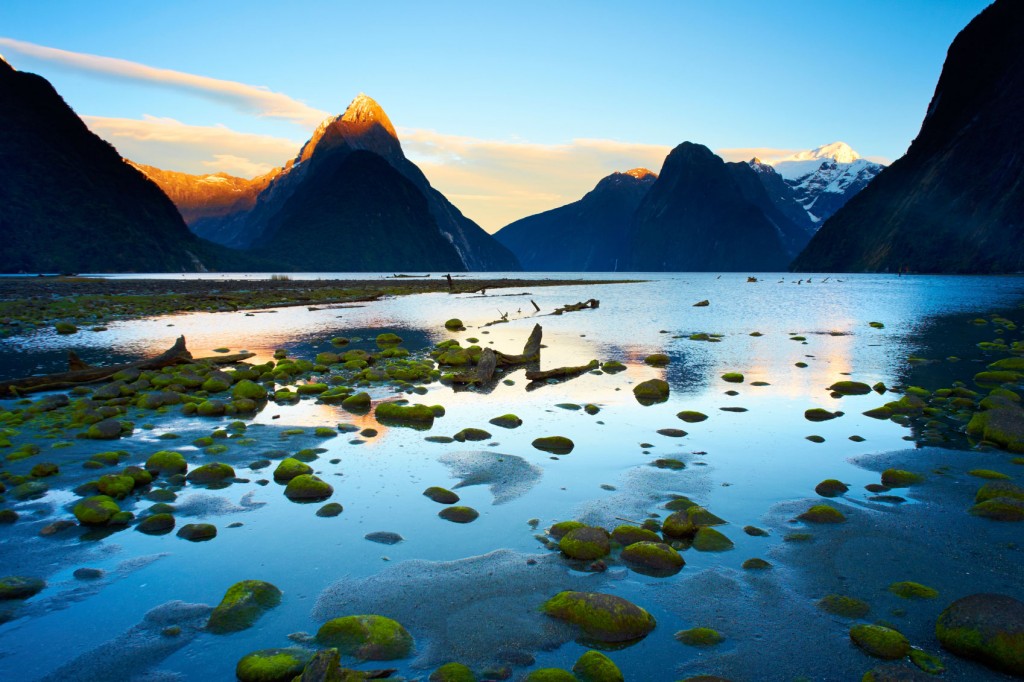 New Zealand’s largest national park at 12,500 square-kilometres, Fiordland National Park is as famous for its natural beauty as it is for its size. And in recognition of its dramatic peaks and valleys, the national park is a part of South Island’s Te Wahipounamu World Heritage Site. The park’s most renowned location is undoubtedly Milford Sound, a captivating fiord where the steep cliffs and mountains it’s surrounded by reflect on the shimmering water, and where waterfalls cascade from 1,000 feet above. But with rainforest flourishing on the mountainside and as many as 14 fiords to explore, the park’s most iconic sight is just the beginning of the journey here. 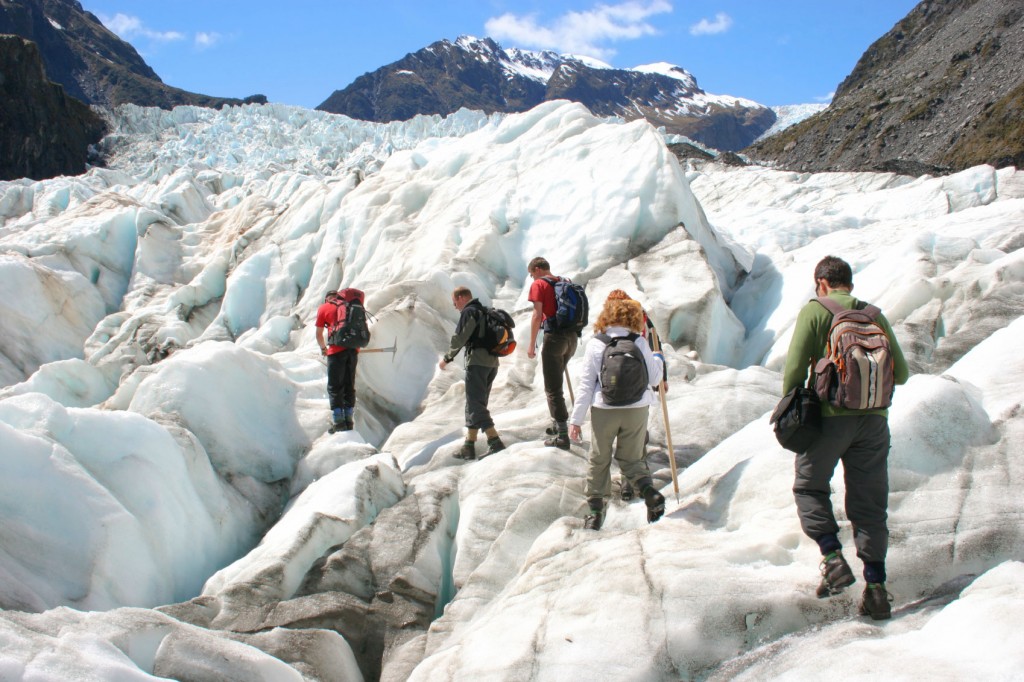 A number of glaciers have formed along South Island’s west coast, but the one people travel from far and wide to see is the 12-kilometre long Franz Josef Glacier, which is one of only three glaciers worldwide that’s flanked by both rainforest and coastline. The glacier’s accessibility means visitors are able to encounter the natural wonder close-up by joining ice walks along the frozen river and exploring its crevices and ice tunnels. 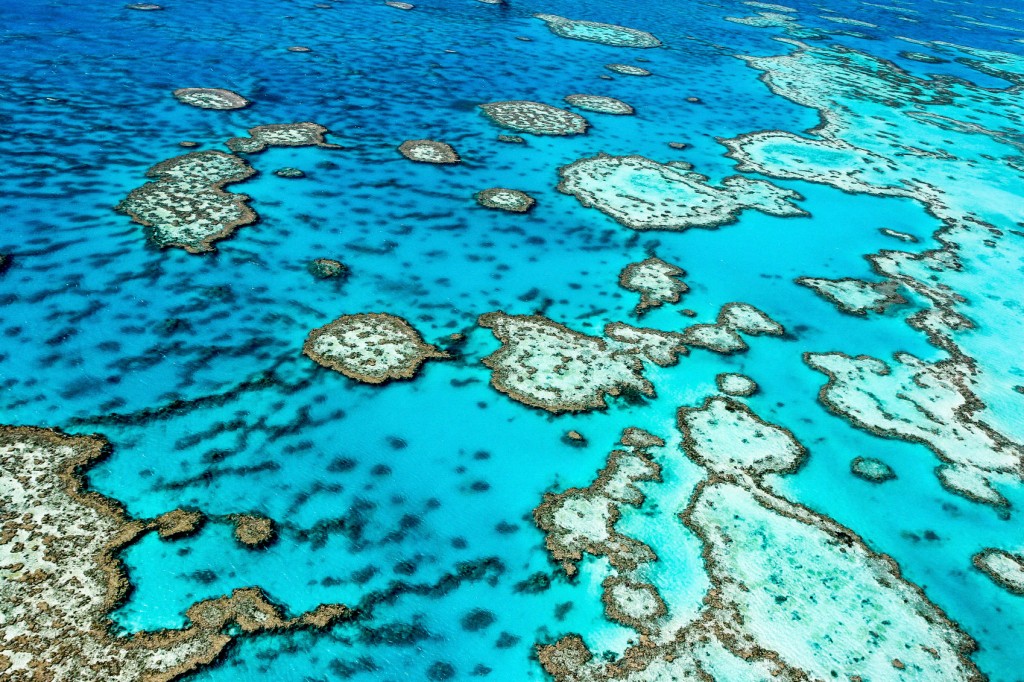 The fact that the Great Barrier Reef can be seen from outer space is testament to its enormity. The world’s largest coral reef, spanning over 3,000 kilometres, this is perhaps the most famous of the natural wonders in Australia. Though its sheer size is difficult to comprehend, small sections of the reef are easily explored. And with 3,000 reef systems that are inhabited by over 1,500 species of tropical fish, not to mention sea mammals, molluscs and other aquatic creatures, any trip here is bound to reveal this environment’s abundant sea life. 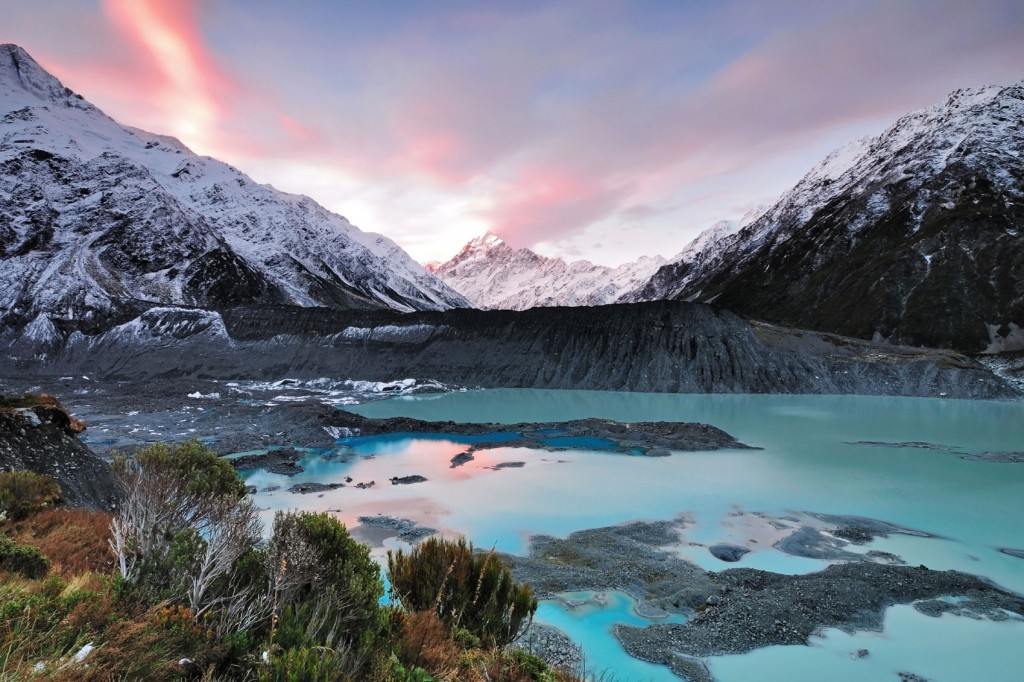 Also known as Aoraki, 3,724-metre Mount Cook on New Zealand’s South Island is the country’s highest mountain, famously conquered by Sir Edmund Hillary before he took on Mount Everest. The mountain lies within the alpine national park of the same name, with glaciers and snowfields amidst the neighbouring peaks, many of which are over 3,000 metres. This is also where Tasman Glacier can be found, New Zealand’s longest at 27 kilometres and reaching an elevation of 3,000 metres above sea level. 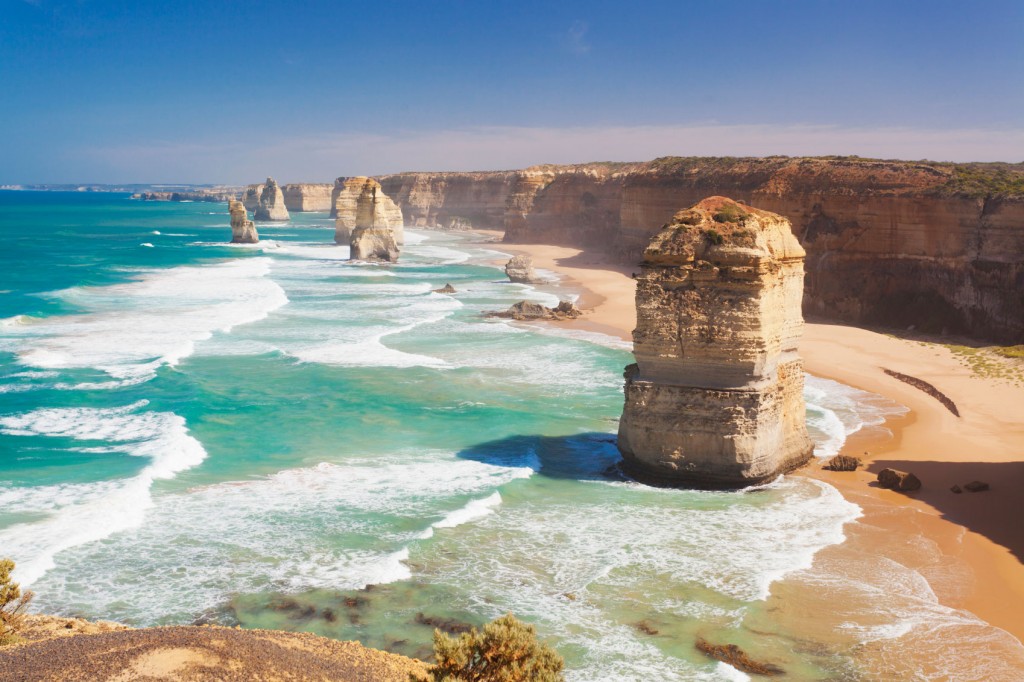 Australia’s Great Ocean Road stretches all the way along the scenic south-eastern coast, taking in areas of natural beauty and cultural and heritage attractions every step of the way. This coastal route’s great natural wonder is the Twelve Apostles. A collection of limestone stacks rising from the shores of Port Campbell National Park, it was formed millions of years ago by erosion in the cliffs through their exposure to the elements. Sunrise and sunset are the most rewarding times to go, when the cliffs change colour with the light. 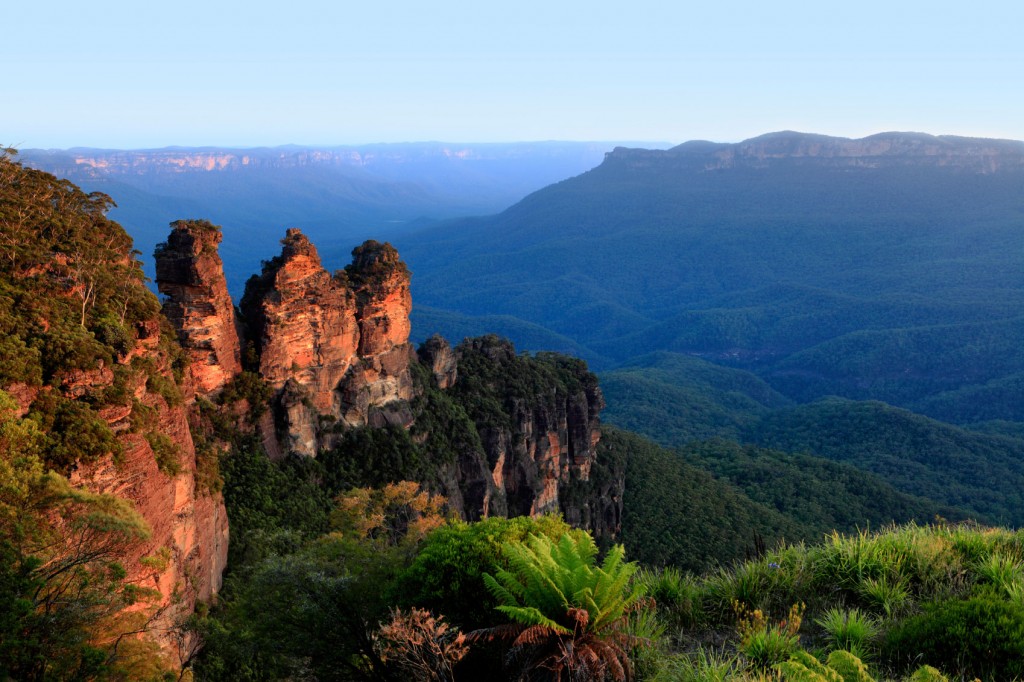 Said to represent three sisters who were turned to stone, the Aboriginal legend behind the Three Sisters greatens this natural wonder’s intrigue, but the sight of these sandstone peaks is enough to entice travellers from across the globe. Situated in the Blue Mountains of New South Wales, these three 900-metre-high rock formations sit against a panorama of the Jamison Valley, where opportunities for hiking through the forest are ample.

Visit Three Sisters on Sydney and the Blue Mountains, Contrasts of Australia and New Zealand 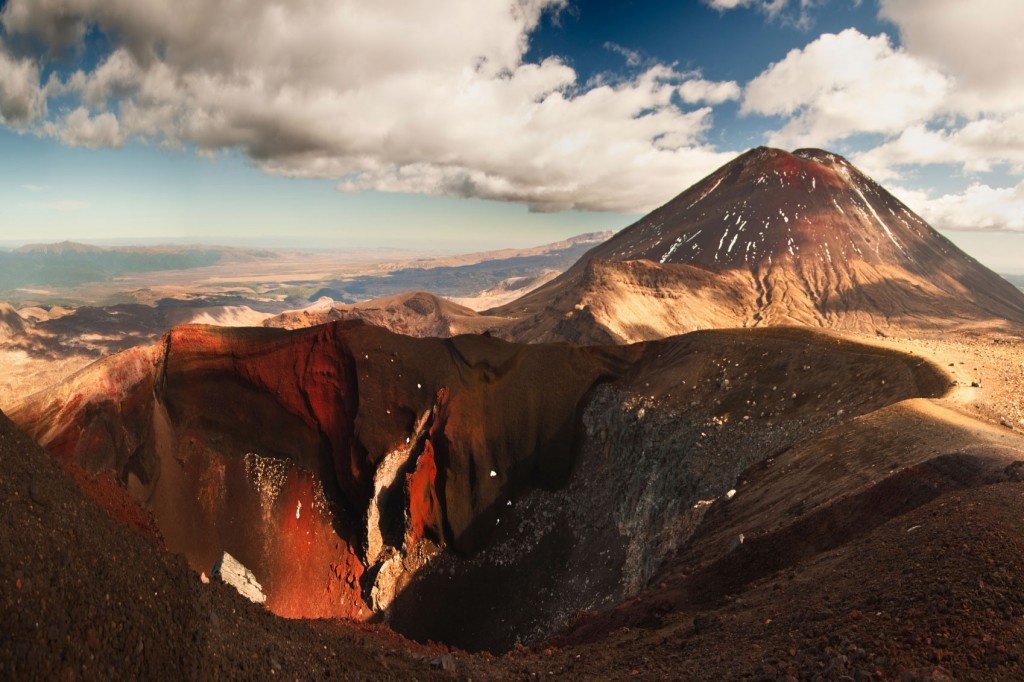 As New Zealand’s oldest national park, and the fourth to be established worldwide, as well as a UNESCO World Heritage Site, expectations of Tongariro National Park are bound to be high; luckily, even the highest of hopes are sure to be met here. Encompassing both cultural and natural wonders, the park is home to active volcanoes, alpine lakes and Maori cultural sites, with hot springs and lava flows to stumble upon as well. If any of the scenery seems familiar, it may be due to its role as a filming location for Lord of the Rings. 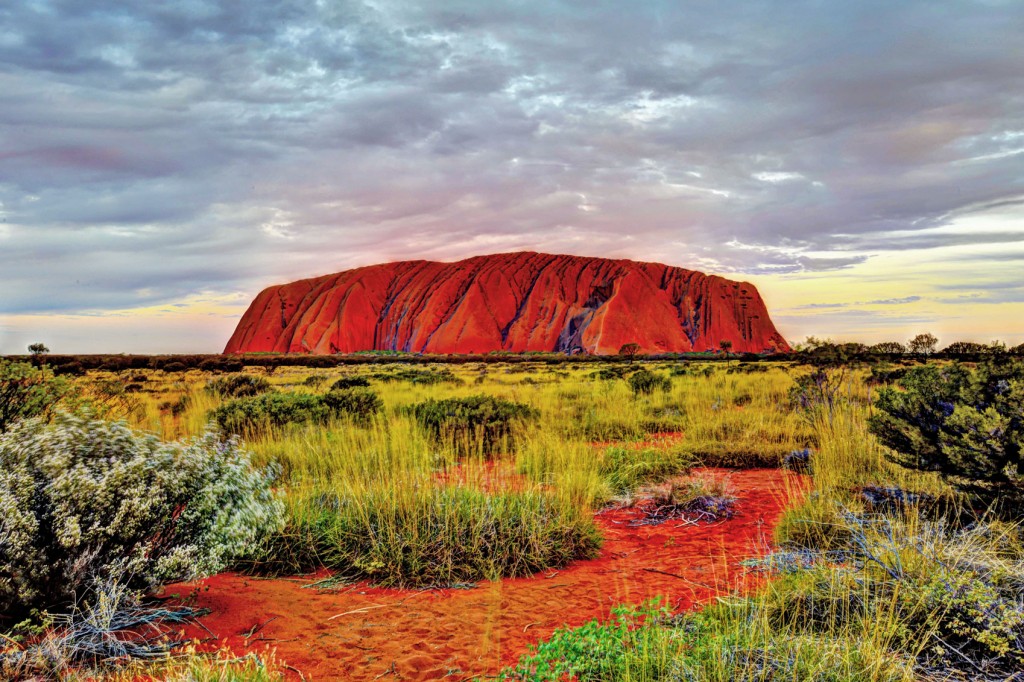 Uluru, or Ayers Rock as it’s also known, has risen to legendary status as one of the must-see natural wonders in Australia, inspiring people to travel to the heart of the Australian Outback with the sole purpose of seeing the iconic sandstone monolith. See this site glow in the early morning or evening light, while finding out about its cultural and spiritual significance. 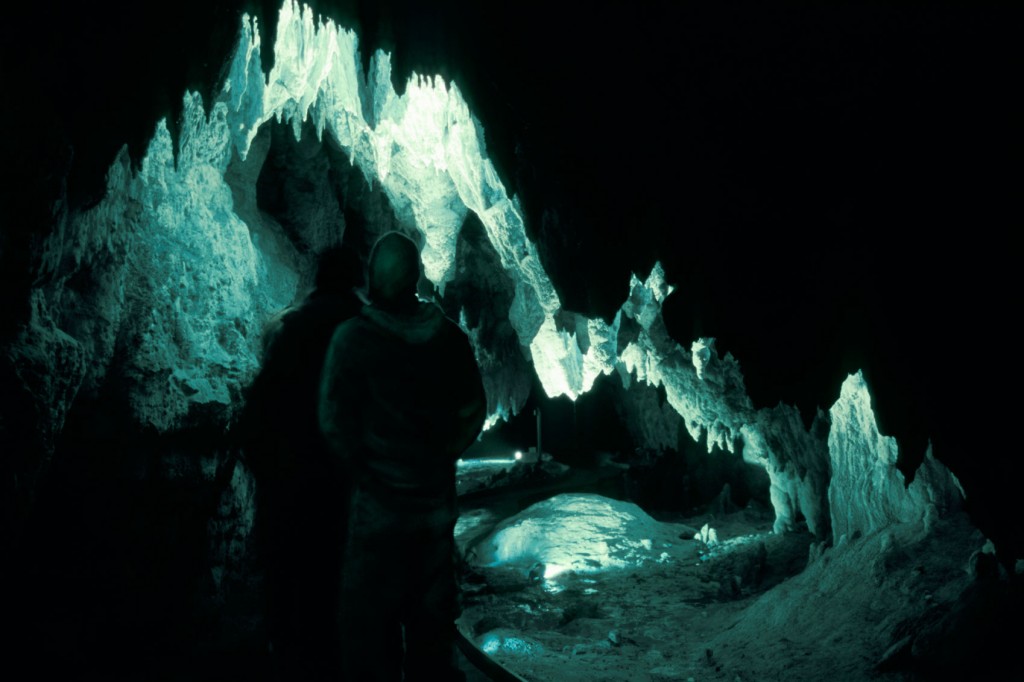 Hidden beneath the rolling green hills of North Island’s Waitomo district is the underground network of caves, sinkholes and rivers that make up Waitomo Caves. Within these limestone caverns, visitors explore on foot and by boat to see the cave system’s extraordinary stalagmites and stalactites, with caverns enchantingly lit by glow-worms.

Explore the caves on Northern Discovery, Contrasts of New Zealand, The Endless Shores and The Long White Cloud