9 ways to get in the Christmas spirit in Melbourne

Christmas in Melbourne is a big festival of fun as the city turns into a sparkling landscape of colour and lights. The Australian city is known as the cultural capital and it sure does know how to put on a show! From festive pop-ups to performances on stage, artisan markets and carols in the park, here are 11 ways to get in the Christmas spirit in Melbourne.

1. Make a beeline for Christmas Square

In the dead centre of Melbourne, Federation Square takes on a new name in December: Christmas Square. Here a festival celebrating all things jolly and bright rolls in for the month ahead of Christmas. The festive fun kicks off with the lighting of Melbourne’s huge 16-metre tall tree in late November, but you can drop in any night until Christmas Eve to see roving performers, dazzling lights and to visit the big man in red himself, old Saint Nicholas.

2. Look at the Myer Christmas Windows

For more than 65 years the windows of one of Australia’s largest department stores have swapped dress displays for story tales. Every festive season more than 1.4 million people pass by the festive window scenes of Myer’s city flagship store. Over the years the windows have filled with classic fairy tales such as The Twelve Days of Christmas, How the Grinch Stole Christmas, Sleeping Beauty and Peter Pan.

Through Melbourne CBD you’ll find oversized drummer boys, baubles and festive ornaments scattered through the streets and squares. While out Christmas shopping or visiting Santa go on a hunt to track all of the city’s Christmas decorations down.

4. Stock up at Christmas Markets

As a city known for its culture, expect there to be no shortage of pop-up artisan markets in the lead up to Christmas. Hunt out unique, one-of-a-kind gifts while supporting small makers at The Big Design Market, French Xmas Market, Koorie Krismas Market and many more.

5. Tune into the Carols by Candlelight

Aussies love to sing carols in the park at Christmas time, and Melbourne hosts the biggest carols of all: Carols by Candlelight. Every Christmas Eve the festive event takes over the Sidney Myer Music Bowl with a celebrity line-up singing everyone’s favourite Christmas songs. Thousands of people gather on picnic rugs at the outdoor stage, while the whole country watches it on television from home. 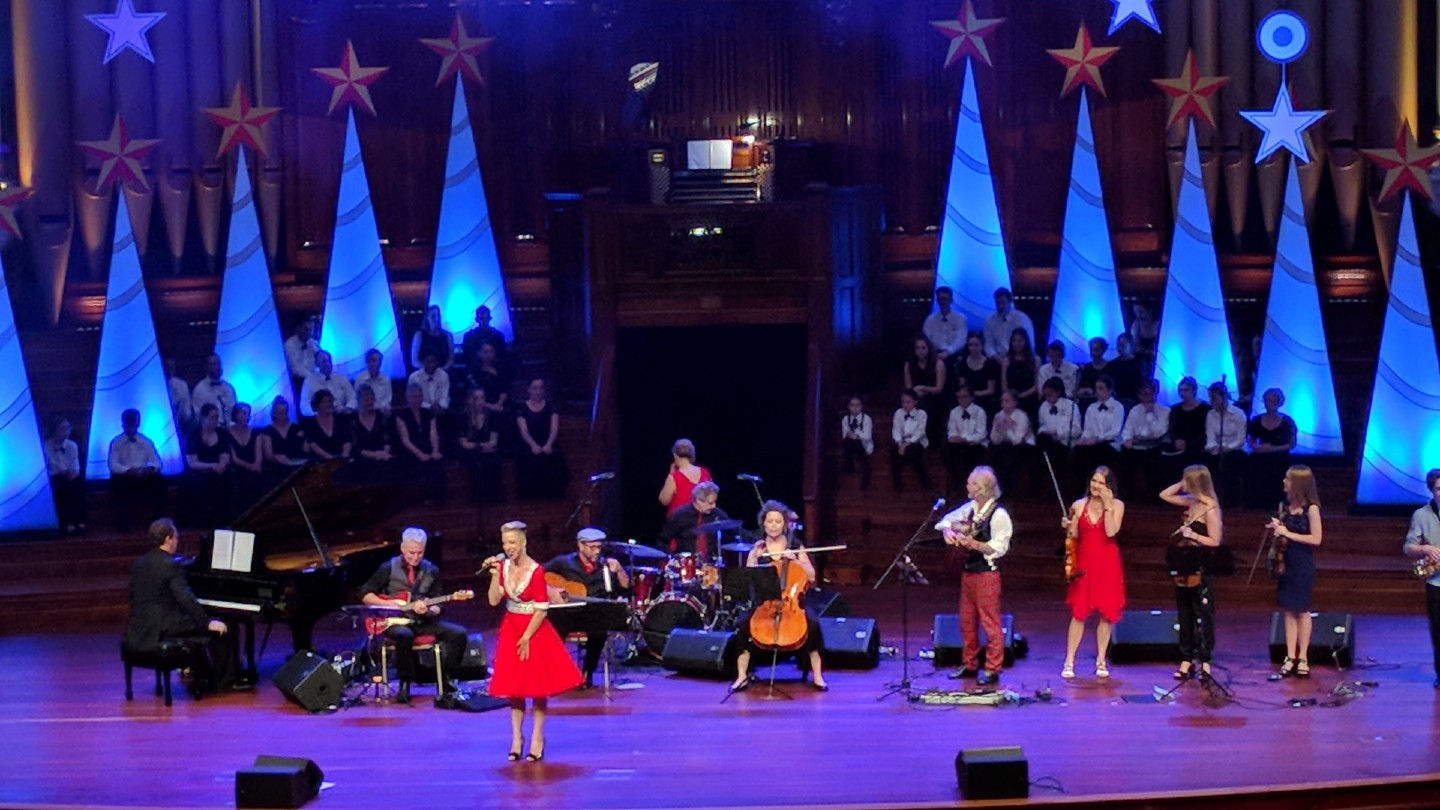 Melbourne is fiercely proud of its world-class dining scene. You can expect many restaurants and wine bars around town to put on special festive menus ahead of the big day. If you’re chasing a roast turkey lunch or something more avant-garde, book a table ahead of time. Aussies love to celebrate with friends and colleagues in December so plan ahead!

GET INSPIRED: Tastes of Southern Australia

Stroll down Swanston Street and catch the festive animations bringing Melbourne’s buildings to life after dark. In the month leading up to Christmas, the State Library Victoria, Melbourne Town Hall and Princes Bridge are lit up with vibrant stills and animations from 9-11pm to celebrate the silly season.

8. Get in the spirit with local spirits

Go on a spiritual journey this Christmas with locally distilled single malt whisky and small-batch gins. Melbourne’s city centre has six distillery doors you can drop by and taste their product. Drop into Starward Distillery for whisky distilled on-site, or into Little Lon Distilling Co. for gin. Little Lon is a cute 20-seater bar set in a red-brick house that was once a 19th-century illegal booze spot.

9. Explore a gingerbread village for charity

What would be the first festive thing on your to-see list in Melbourne at Christmas? Let us know in the comments…

Melbourne and the Great Ocean Road