The 9 Most Impressive Royal Palaces in Britain - Real Word

As Prince Harry and Meghan Markle announce they are to wed at Windsor Castle, we take you on a grand tour across Britain’s Royal palaces. To visit them is to experience the island nation’s rich history through the settings some of the world’s most iconic figures spent much of their lives. Each palace’s opulent architecture, resplendent interiors and spectacular gardens are a window into the fascinating lives of Monarchs throughout the centuries. 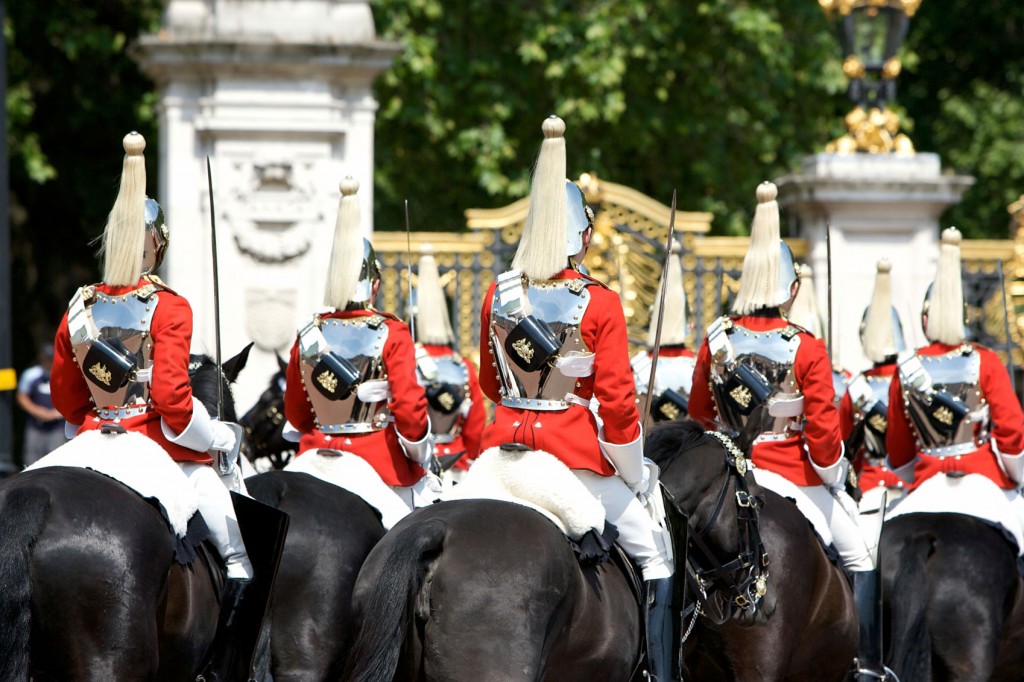 Perhaps the most famous of Britain’s Royal palaces is the monarch’s London residence Buckingham Palace. Situated in the heart of London by the verdant green lawns and tree-lined meandering paths of Green Park, the Neoclassical 775-room palace is certainly a majestic sight. See the traditional ceremony surrounding the changing of the guards every day, and from late July to early October step inside the palace’s opulent State Rooms. During the 2016 summer openings, the special exhibition Fashioning a Reign: 90 Years of Style from The Queen’s Wardrobe will also be on show.

The historic Tower of London is best known worldwide for its role of protecting the Crown Jewels, and for being a prison for the aristocracy and the influential. Once inside, climb up the steps of the historically significant White Tower, stop by the 11th-century Romanesque chapel of St John the Evangelist, and take a look around the Royal Armouries, where the 350-year-old exhibition, Line of Kings, is housed. After seeing the armoured figures and life-sized wooden horses, see another side to the Tower of London’s past by visiting the Wakefield Tower’s exhibition on prisoners and torture.

Visit the Tower of London 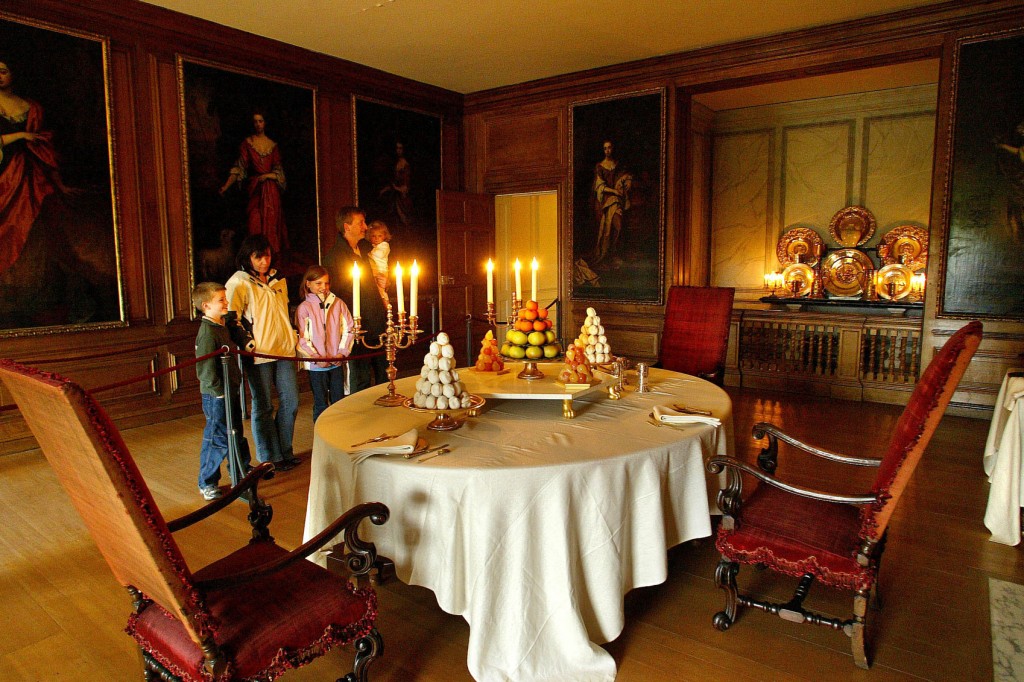 Situated in the leafy London Borough of Richmond upon Thames, Hampton Court Palace is surrounded by over 60 acres of gardens, and is believed to have been the favourite Royal residence of Henry VIII. 2015 was also the year that marked this palace’s 500th anniversary. Visitors to the palace can explore the State Rooms, take a look around the Tudor kitchens and see paintings by some of the art world’s most revered names, including Rembrandt and Van Dyck, in the Cumberland Art Gallery. A highlight for many who pass through is the historic Hampton Court Maze, which still baffles visitors as much as it did when it was created in 1700. 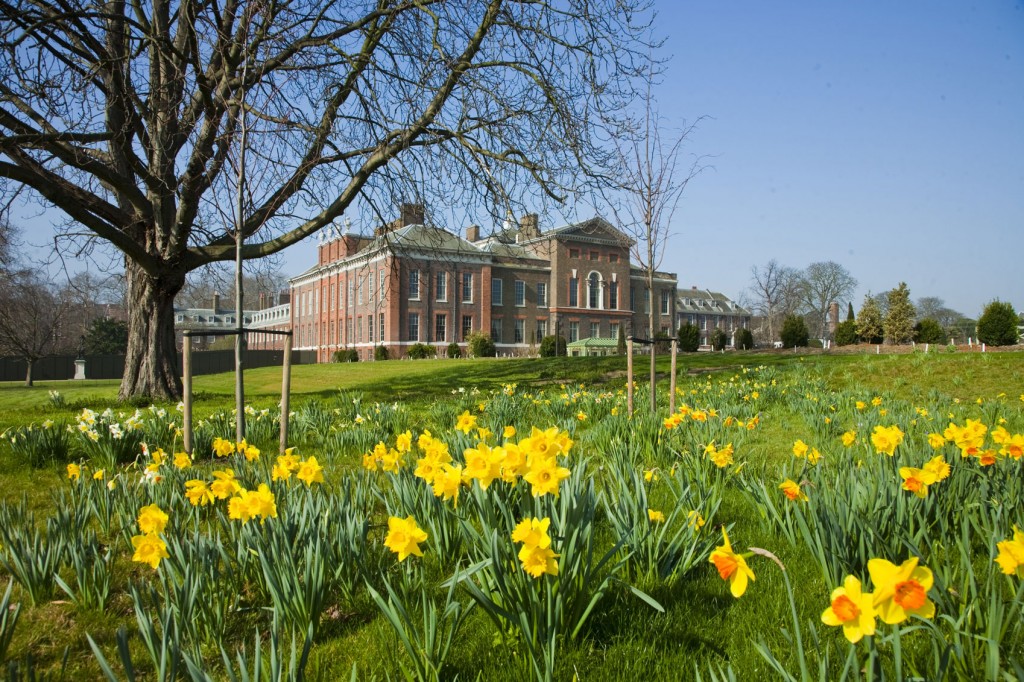 A Jacobean mansion on the edge of the expansively green Hyde Park in West London, Kensington Palace is currently the home to the Duke and Duchess of Cambridge (or Wills and Kate as they are more affectionately known). Their private quarters are off limits, but you can explore the King’s and Queen’s State Apartments, the King’s Staircase, and a gallery showcasing the Royal Collection, before meandering through the palace’s peaceful gardens. Kensington Palace hosts exhibitions and events too, including the 2016 exhibition Fashion Rules Restyled, which showcases the fashion styles of HM Queen Elizabeth II, Princess Margaret, and Diana, Princess of Wales. 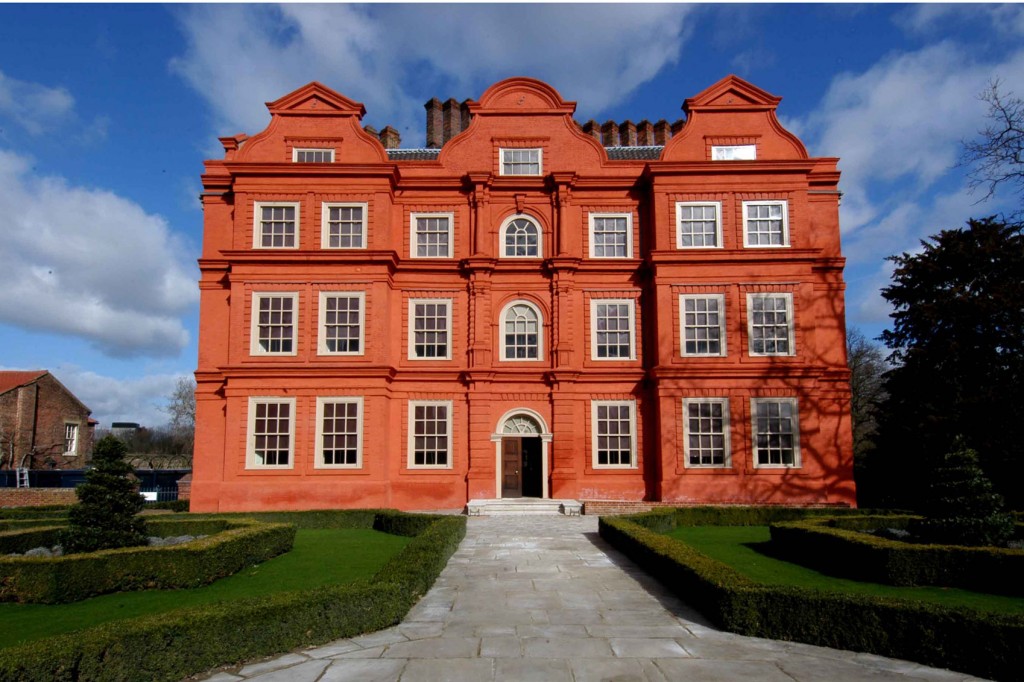 Within the lush expanse of Kew Gardens, which lies alongside the River Thames, Kew Palace is a joy to explore. As the Royal residence of George III, Queen Charlotte and their 15 children between 1729 and 1818, the building is steeped in history with countless stories to be told. The rooms of this Georgian house have been restored to their former glory, including the Royal Kitchens, which give a fascinating insight into the food of the times. Combine a visit to the palace with exploration of the surrounding gardens. 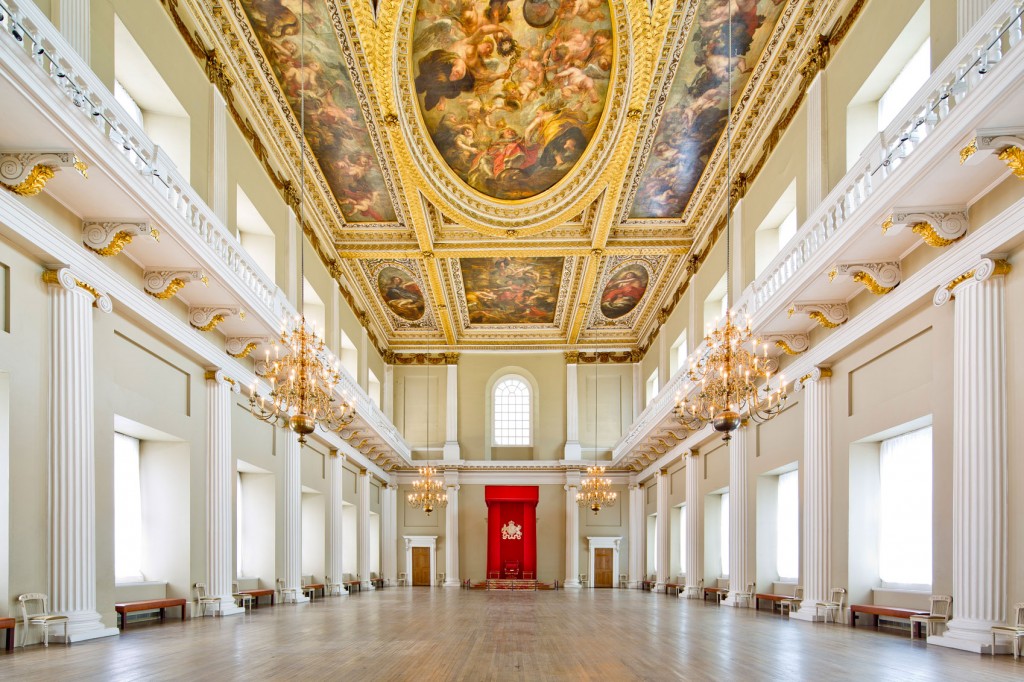 Built back in 1622, the Banqueting House is the only remaining section of the original Palace of Whitehall, which was destroyed by a fire in 1698. And as the London residence of Henry VIII, the palace was then the largest in all of Europe. The Banqueting House was where the receptions, ceremonies and entertainment would have been held, but what makes it such a spectacle to behold is the lavishly painted ceilings by Flemish artist Rubens. The Banqueting House is open to the public throughout the summer months. 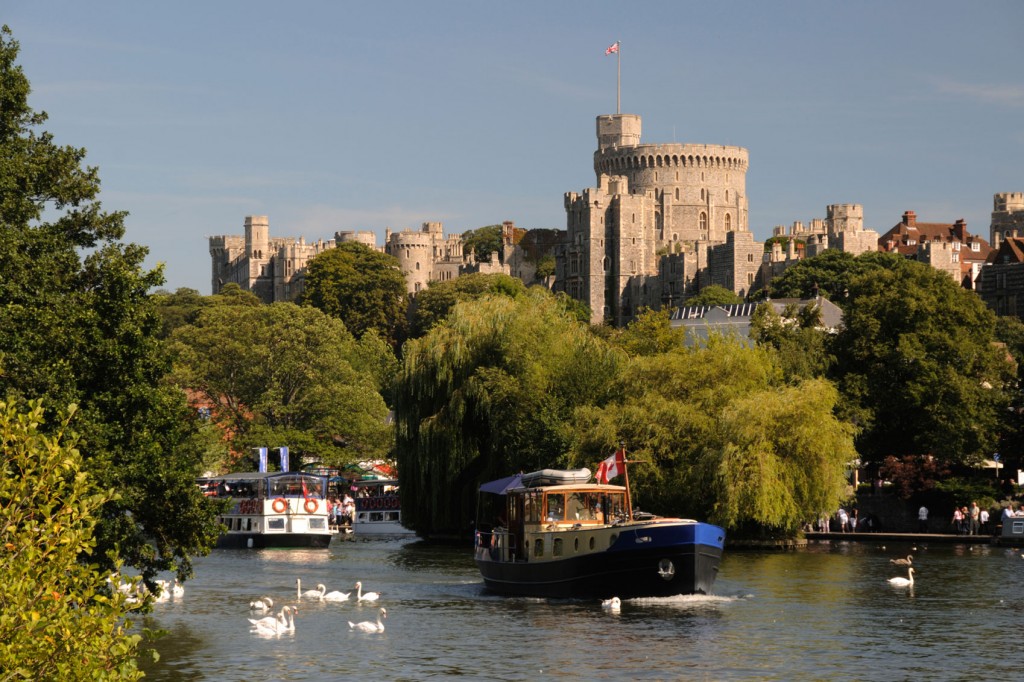 With the accolade of being the largest and oldest inhabited castle worldwide, and having been home to the Royal Family for almost 1,000 years, Windsor Castle attracts visitors from across the globe and Royal occasions are still hosted here. It’s here that Prince Harry and Meghan Markle will marry in 2018. While not all of the castle can be explored, visitors can walk around the opulent State Apartments, take a look inside the remarkable Queen Mary’s Dolls’ House, and visit St George’s Chapel. Although, just walking around the complex is a memorable experience in itself. 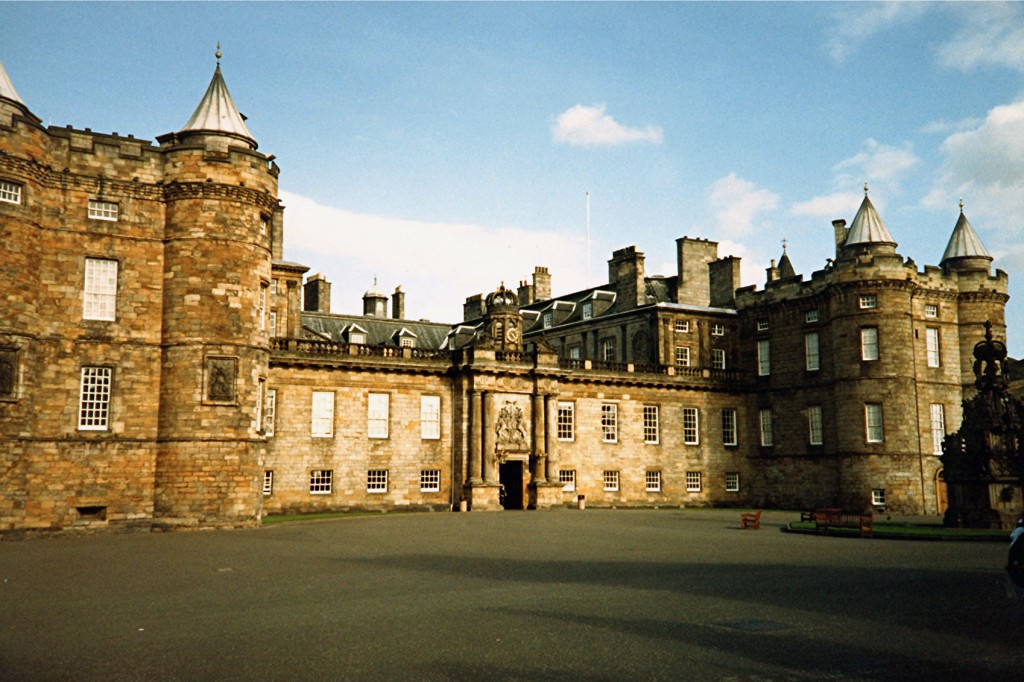 Situated at the end of Edinburgh’s Royal Mile, the Palace of Holyroodhouse is Her Majesty the Queen’s official residence in Scotland and provides visitors with an insight into Scottish Royal history. As well as visiting the State Apartments, visitors can take a look around Mary, Queen of Scots’ Chambers, see the ruins of 12th-century Holyrood Abbey, and wander through the surrounding Royal gardens.

Visit the Palace of Holyroodhouse 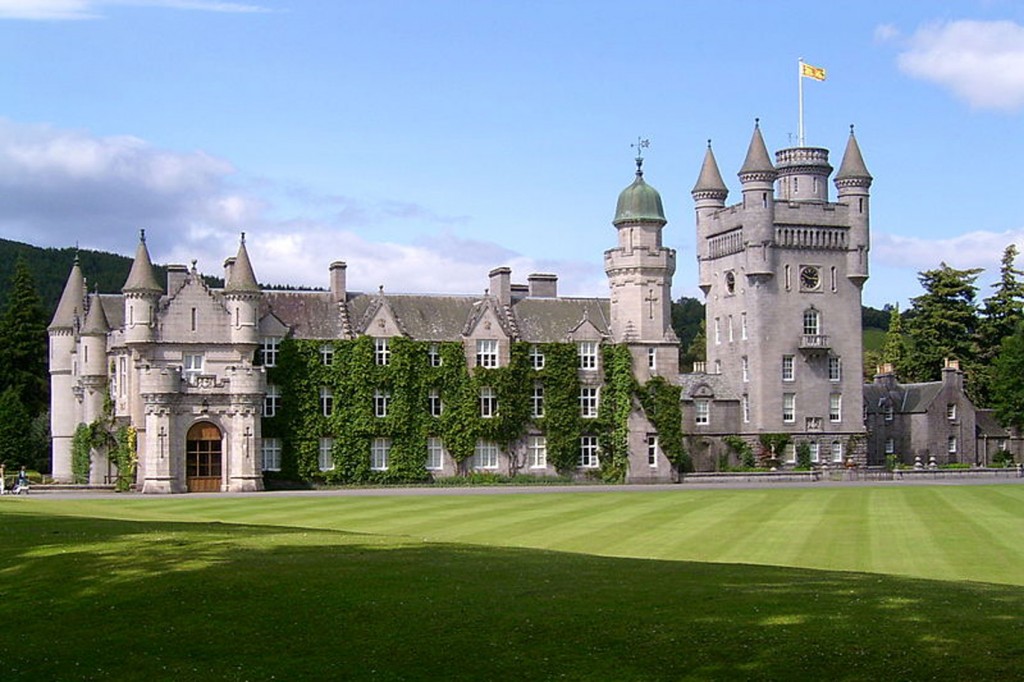 Tucked into Scotland’s northeast highlands with a backdrop of Mount Lochnagar, Balmoral Castle lies within a sweeping 50,000-acre estate. Visitors can explore the grounds of this turreted Scottish baronial castle, then view one of the changing exhibitions or step inside the castle’s impressive ballroom. Balmoral is only open from late March until the end of July, from when the Queen arrives in August to spend much of her holiday time at this very Royal residence.

Explore Britain’s Royal palaces with Trafalgar on the England and Scotland Heritage trip to London, Windsor and Edinburgh.