Looking to discover some alternative things to do in Berlin in the summertime? Whether its food, art, history or community that stirs your soul, Berlin is a city of discovery. A Berlin walking tour can offer the most out of every moment here. From memorials in the Tiergarten to wild swimming in the Grunewald, there’s always a deep connection with both the past and the present.

Marry history and nature in Schöneberg

A trip to Schöneberg means immersing yourself in the beauty of the Heinrich-von-Kleist-Park. It’s been many things over the centuries, including a botanical garden and a racetrack. Eventually, it settled on being a beautiful public space, intertwined with imposing, solid architectural masterpieces like the Court Building and the King’s Colonnade. Bring your camera or sketchbook and capture the dramatic geometrical angles they form.

At Schöneberg’s Town Hall in 1963, John F Kennedy gave his “Ich bin ein Berliner” speech, which was seen as one of the most important addresses of the 20th Century. Stop off on your tour of Berlin and see the plaque that stands there in his honour.

In the neighbouring Tiergarten Park you’ll find an unusual but important sight: The Memorial to Homosexual Holocaust Victims. Set into a large, solid cube of concrete, a small screen shows a video – changed every two years – of either two men or two women kissing. A board nearby gives an insight into the persecution wrought by the Third Reich and offers a message of hope for the freedom and safety of LGBTQ+ people across the world.

A city like Berlin never stops evolving, and this fact is really brought home at Schöneberger Südgelände. Over the course of half-a-century, nature gradually crept across a railway shunting yard, and the result is a park that mixes green space, industrial heritage and public art. High on our list of unusual things to do in Berlin, the park was opened for all to appreciate in 2000.

The farmers market at Winterfeldplatz is the real thing – simple, honest food sold by genuine traders. Even if you don’t want to buy anything, order some ‘kaffee und kuchen’ from one of the nearby cafés and sit down for an hour or two of people watching.

The Grunewald Forest is a huge natural space occupying 3,000 hectares of Berlin’s west end, meaning there’s plenty of room there for you to discover your own quiet spot.

There’s lots of things to do in Berlin’s largest green space. Connect with nature on one of the many walks and rides through the forest, or enjoy a wild swim at Kuhhorn Badestrand, a little riverside beach where the locals relax and take the waters.

While on a Berlin walking tour through the Grunewald, you can’t miss out a trip up the elegant Grunewald Tower. Imposing itself high above the trees and offering plentiful views of the landscape, its 204-step-climb is an effort worth making.

If fishing is your pastime of choice, the Schlachtensee is a must-visit, offering the keen angler the chance of netting gudgeon, perch or white bream. You’ll find yourself part of the local community, where health-conscious joggers and relaxed wanderers alike enjoy the seven kilometres of lakeside trails. 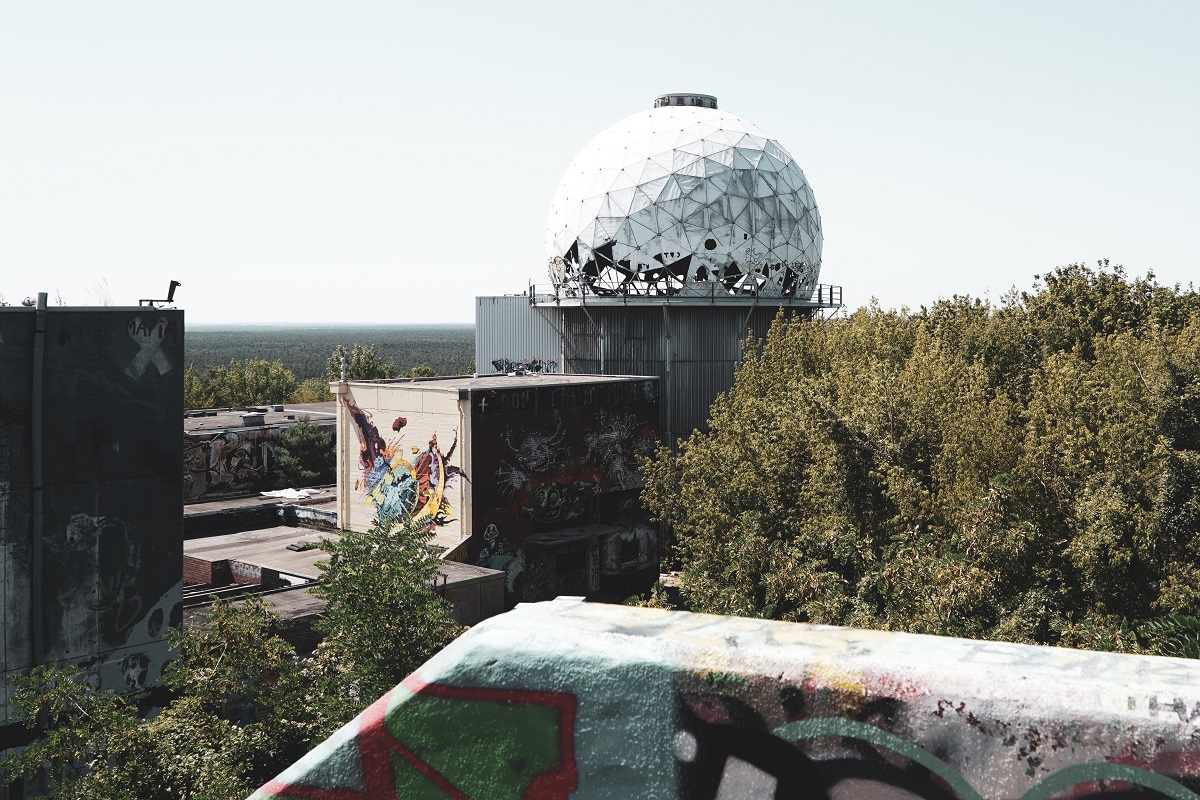 One of the things that still jolts the senses on a Berlin tour is the many legacies of when the city was split in two. Though the Berlin Wall is gone, and Germany reunited, a deeper look still reveals the hidden scars of decades of division.

When the Second World War ended, the Soviet Army arrived at the already well-established army base of Wünsdorf-Waldstadt. They discovered it was quite a useful place, so they ejected the Germans and moved in themselves.

What exists today is a cross-section straight through the culture of both wartime Germany and the Soviet Army, who occupied it until 1994. A quarter of a century later, the various military buildings are starting to crumble, but a committed band of locals do their best to preserve them.

Wear a warm coat for a tour of the underground bunker systems and enjoy a more immersive understanding of Wünsdorf. Afterwards, wander through its increasingly famous antiquarian bookshops and witness how the town is slowly returning to life. 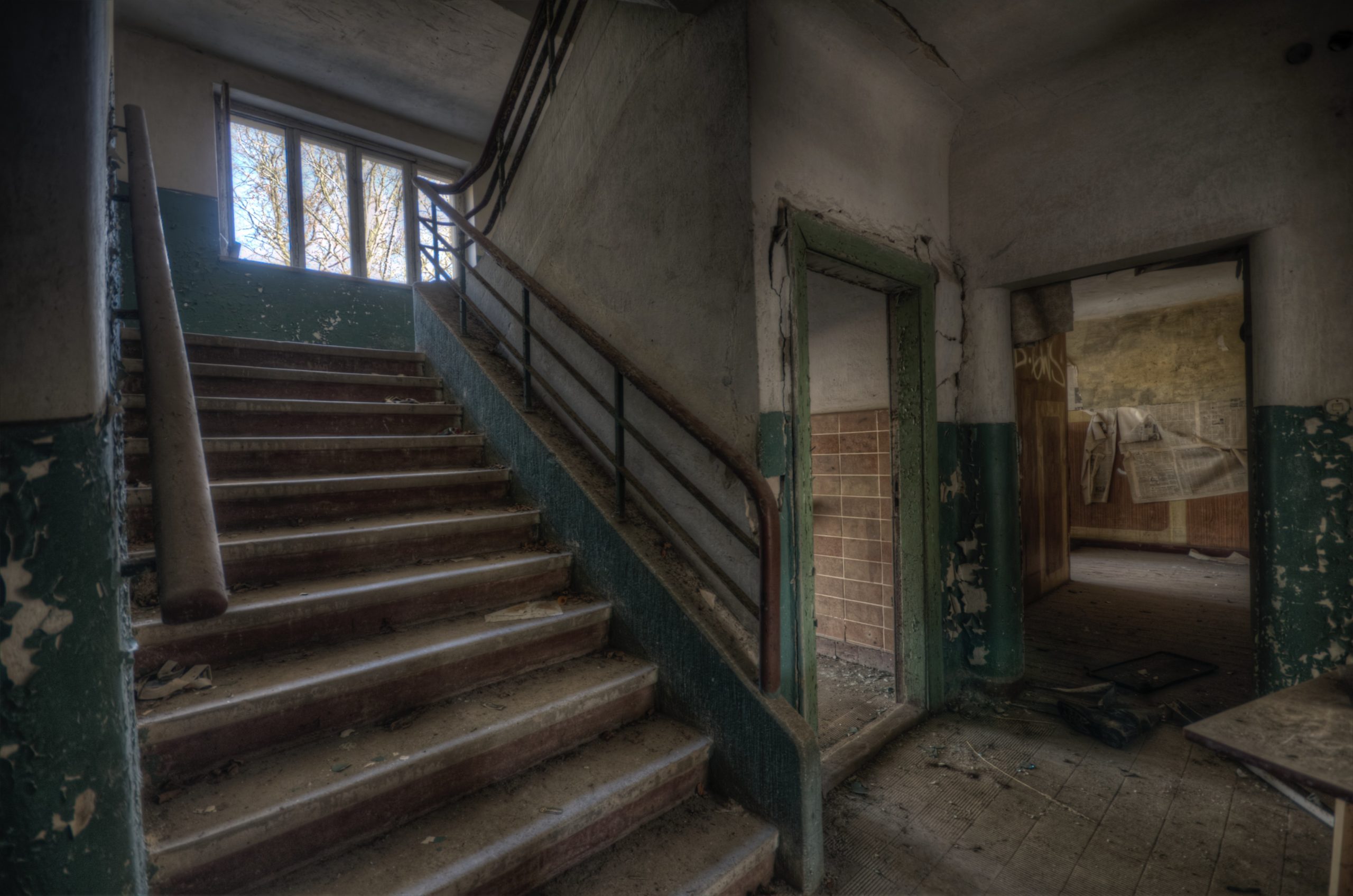 Many cities boast of their street food smarts, but Berlin has the real thing: in the west of the city lies a little green space called Preußenpark (Prussian Park). The locals know it better as Thai Park; the perfect stop for anyone eating their way around the city on a Berlin food tour.

Allegedly it started organically, with one or two vendors from Berlin’s Thai community, then grew and grew. Now, the park turns into a massive street food fest every weekend during the summer months.­­

This isn’t the sort of predictable food you’d find at an organised festival. Thai Park is all about really authentic Thai food, cooked at basic stalls by the community, and only for those who truly want to connect with the local vibe.

To get the best out of Thai Park, choose a vendor that cooks simple dishes from scratch in front of you. Bring a rug or chairs, find a spot on the grass and appreciate a weekend afternoon that’s all about simple pleasures. 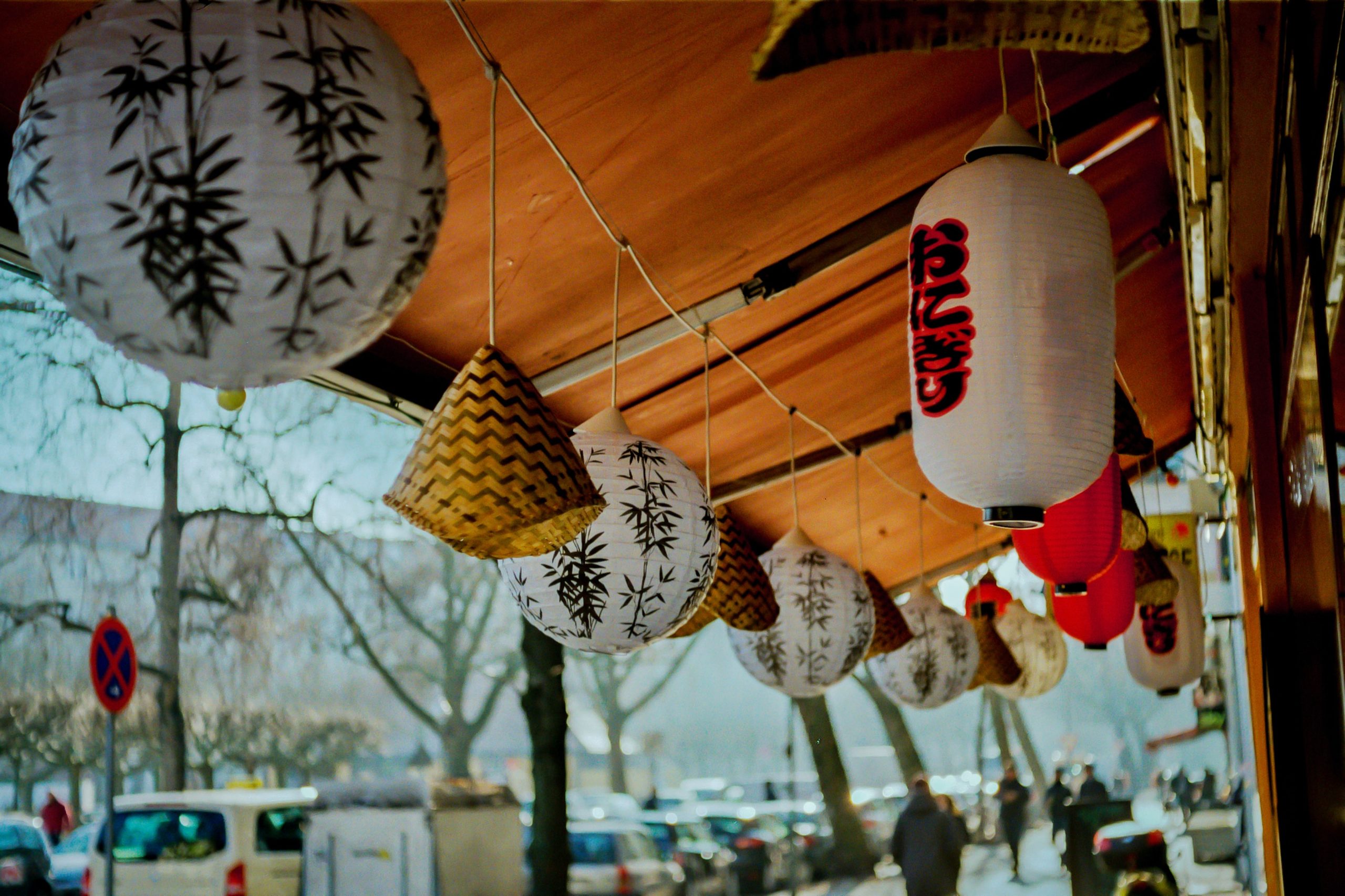 Get the real arty vibe at Friedrichshain-Kreuzberg

Every major city has its ‘bohemian’ quarter – the place where artists, musicians and thinkers collide. Berlin’s is called Friedrichshain-Kreuzberg.

With the warm evenings of summer, visit the Volkspark Friedrichshain to take in an open-air movie as the sun descends. In the daytime, the whole human condition gets a treat on Bergmannstraße, the trendiest street and one of the best alternative things to do in Berlin.

Wander along this central street and drop in on the eclectic jumble of boutiques and delis that spill out onto the wide boulevard pavements. Food options are everywhere, from cute Victorian-style cake shops to late-night eateries.

For food, go to the recently reimagined Market Hall 9. Reopened in 2011, there’s the traditional market on Tuesdays, Fridays and Saturdays, and a range of specialist markets at other times. Warm your soul with fresh street food every Thursday, or make a trip to the quarterly snack market and choose from every conceivable snack and confection. The local streets are diverse and multicultural, too, with frequent fairs and flea markets.

Grab a bike and spend a few hours immersed in Friedrichshain-Kreuzberg’s art scene. Ride past many of the buildings and you’ll discover unexpected graffiti and murals that punch through the normal urban vista, with building after building decorated in unexpected punkish ways.

RELATED CONTENT: Five of the most underrated European Cities 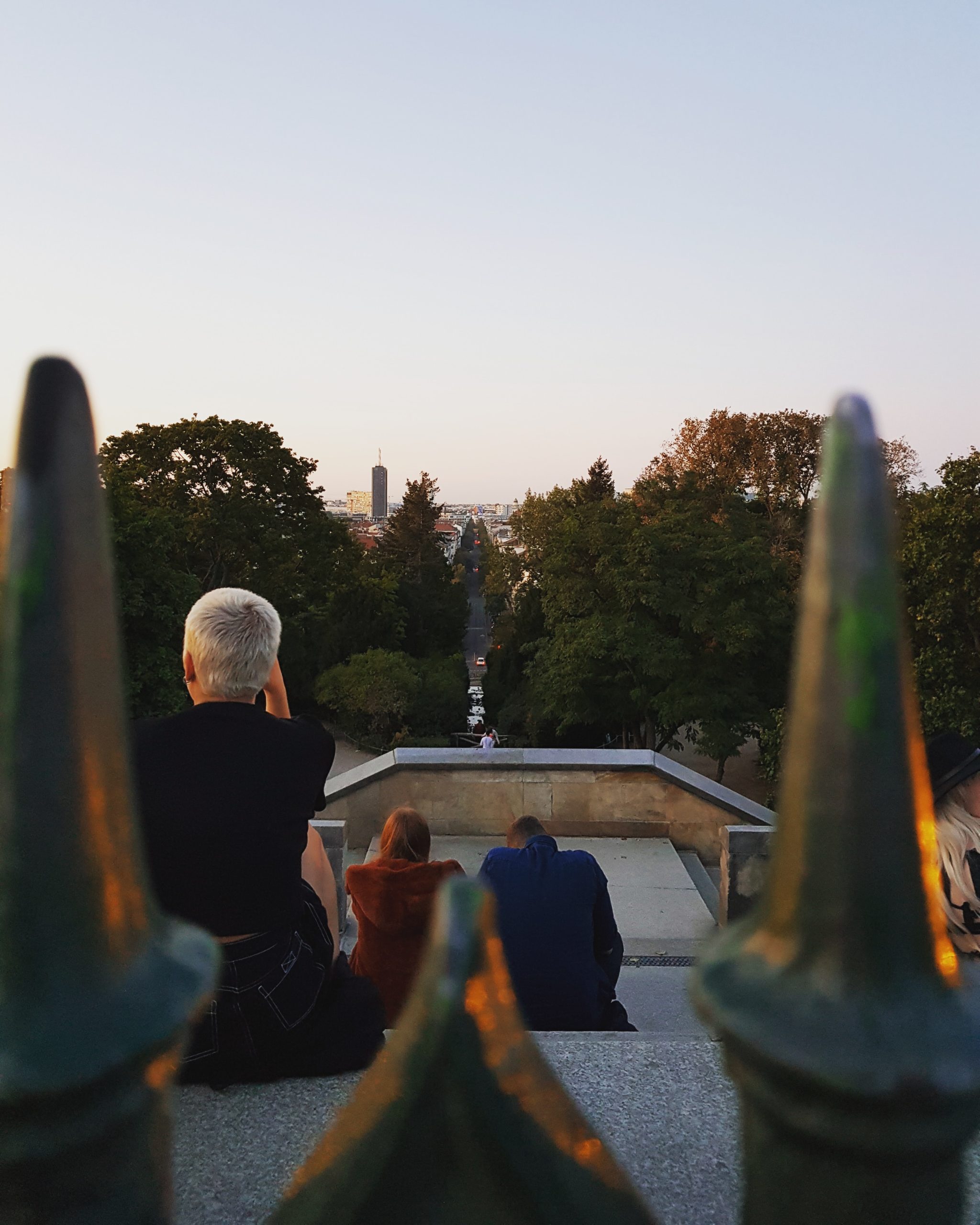 Inspired for a trip to the land of lederhosen? Check out our Germany destination guide to find out all the best things to do in Germany!