13 things to do in Georgia, 2020's hottest destination | The GOOD Life

Having gone from backpacker secret to mainstream darling in less than a decade, culturally rich and naturally beautiful Georgia is now the most visited country in the South Caucasus. Nestled just south of Russia with the Black Sea hugging it from the left, this is a place you really should see with your own eyes. Whether you are looking for a relaxing getaway, an adventure-packed vacation or a dreamy food tour, here are the 13 best things to do in Georgia.

1. Eat all the delicious food

To travel is to eat, but to travel around Georgia is to eat more than you’ve ever eaten before. Satsivi, shashlik, khachapuri, khinkali, sulguni, pkhali, churchkhela – you cannot leave without trying it all. Such a variety of dishes is the dream for any foodie and a real celebration of taste!

2. Take the Tbilisi cable car up to Narikala Fortress

Ascend to the ancient Narikala Fortress by cable car next, soaking up the panoramic views of the city before delving into the legend of the Golden Fleece at the Georgian National Museum. You can ride on the cable car using the special Metromoney card, which is valid for all public transport in Tbilisi and costs only 0.6$. 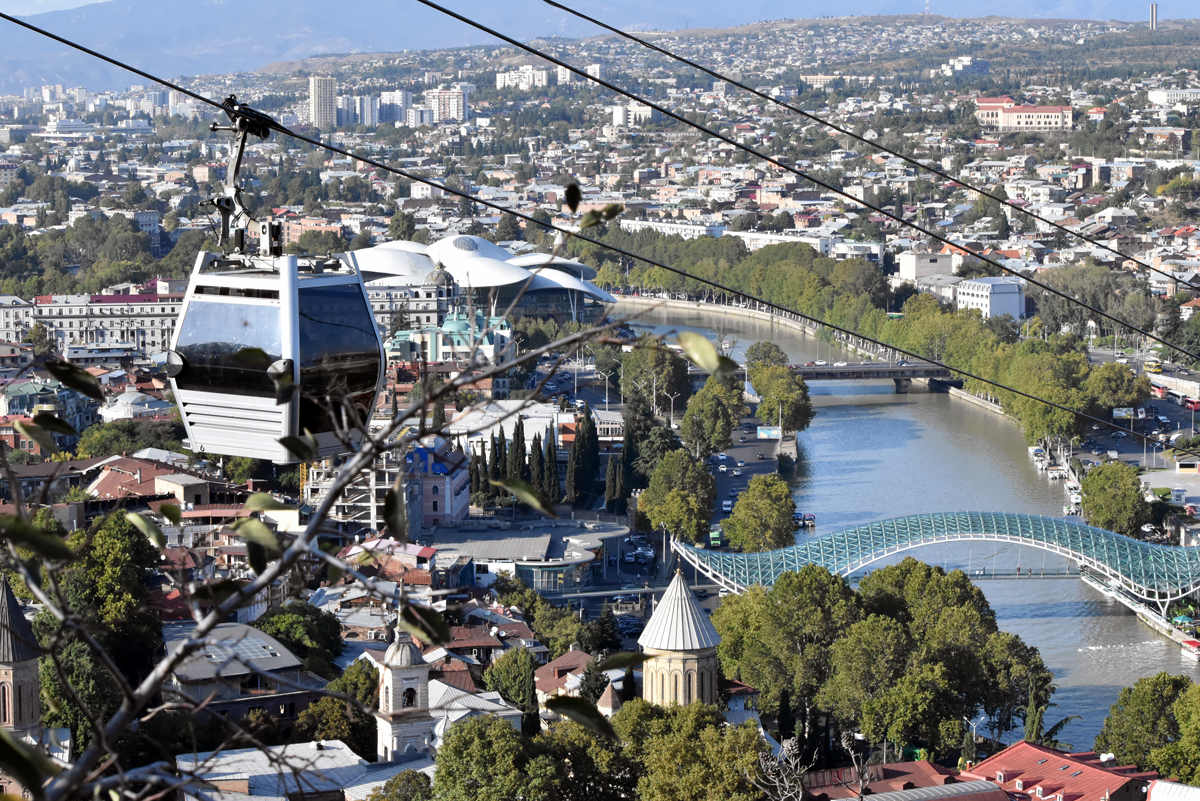 A visit to Mtshketa, located just half an hour drive from the centre of Tbilisi, is another of the essential things to do in Georgia. Built on the confluence of the Aragvi river, it served as the capital of the ancient Georgian kingdom from the 5th century BC to the 5th century AD, and is now a UNESCO heritage site. Start your visit from Jvari monastery, offering great views over the town. Another star of Mtshketa is Svetitskhoveli Cathedral, one of the most important churches in Georgian Orthodoxy, famous for its spectacular frescoes and for being the burial place of what is believed to be Christ’s mantle.

4. Get lost in Tbilisi’s Old Town

I truly recommend putting down Google Maps and getting purposefully lost in Tbilisi’s Old Town. Wander through the narrow streets and take in the patterned balconies and colourful façades that are so characteristic of this city, taking time to appreciate the fusion on European and Asian architectural influences. 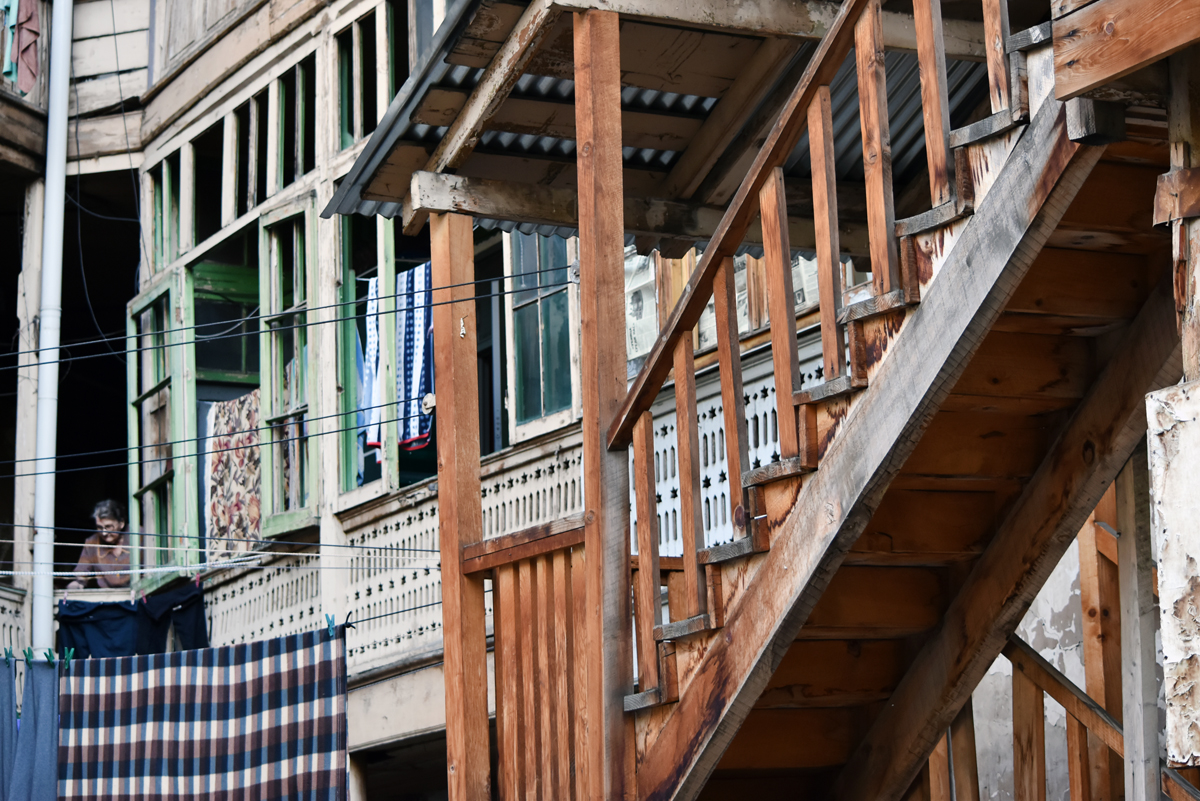 Did you know that Georgia is believed to be the birthplace of wine, with the oldest evidence of winemaking dating back 8,000 years? What makes the wines here so different are the ancient techniques used in its production. Traditional Georgian winemaking uses qvevri; terra-cotta containers that are buried underground to store and ferment the grapes with their skins, stalks and pips for months after it has been pressed and stomped.

For the best red choose saperavi and khvanchkara, or for white try mtsvane, tsinandali & rkatsiteli. And where to go? Alazani Valley is where the magic happens, just an hours drive from Tbilisi. Everyone seems to have a mini winery in their back garden, so it’s worth stopping along the way to support the locals and try these rich, structured, tannic wines.

For the brave, branch out beyond the wine for cha cha, which is no dance in Georgia. Cha cha is technically grape brandy produced from the leftovers of winemaking. It’s clear and strong (Cha cha Museum in Tbilisi offers cha cha at 76%!), and is most similar to Italian grappa. 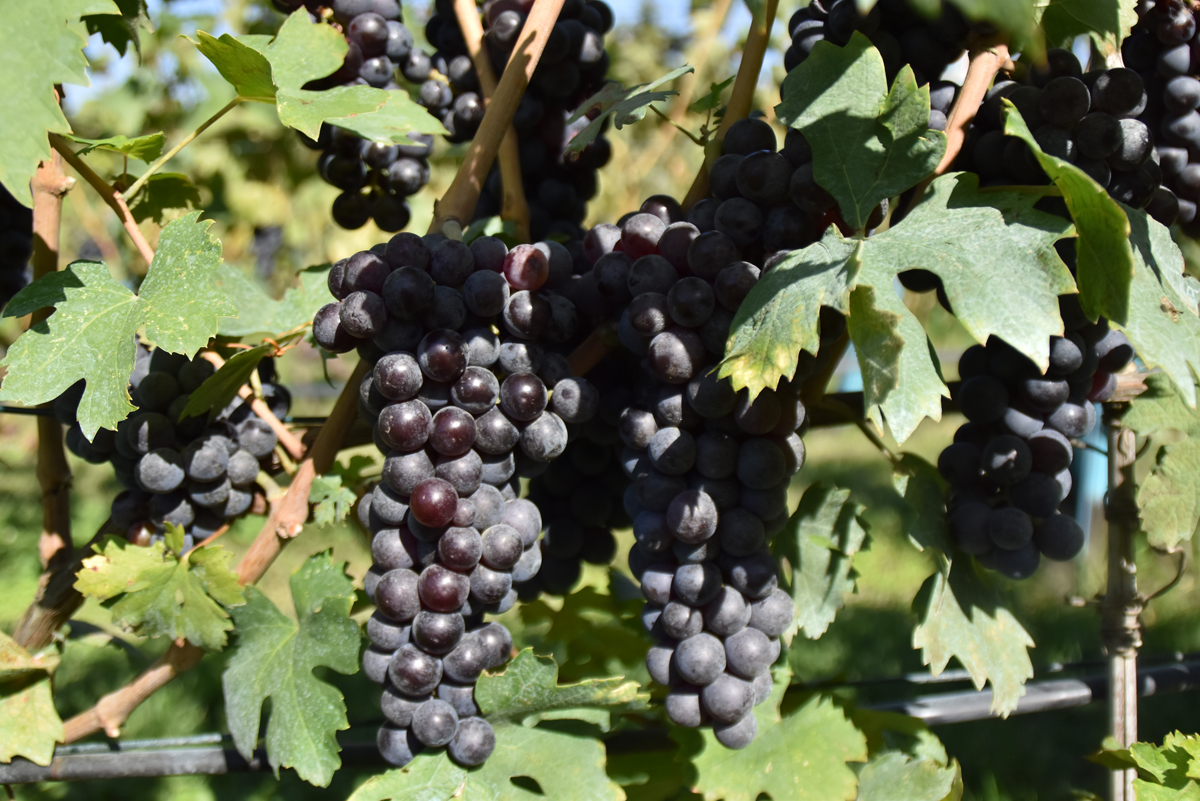 The Dry Bridge Market is a flea market in the centre of the Georgian capital, which will fascinate any antique lover. You will be amazed by the assortment of antiques, jewellery, books of the Soviet era and Georgian literature, various posters, cutlery and much more. Some things are local, some were made in the USSR, and some from ever further afield. The market got its name because of the small bridge that leads directly to it. The bridge passes over a road where there used to be a river just a few decades ago. 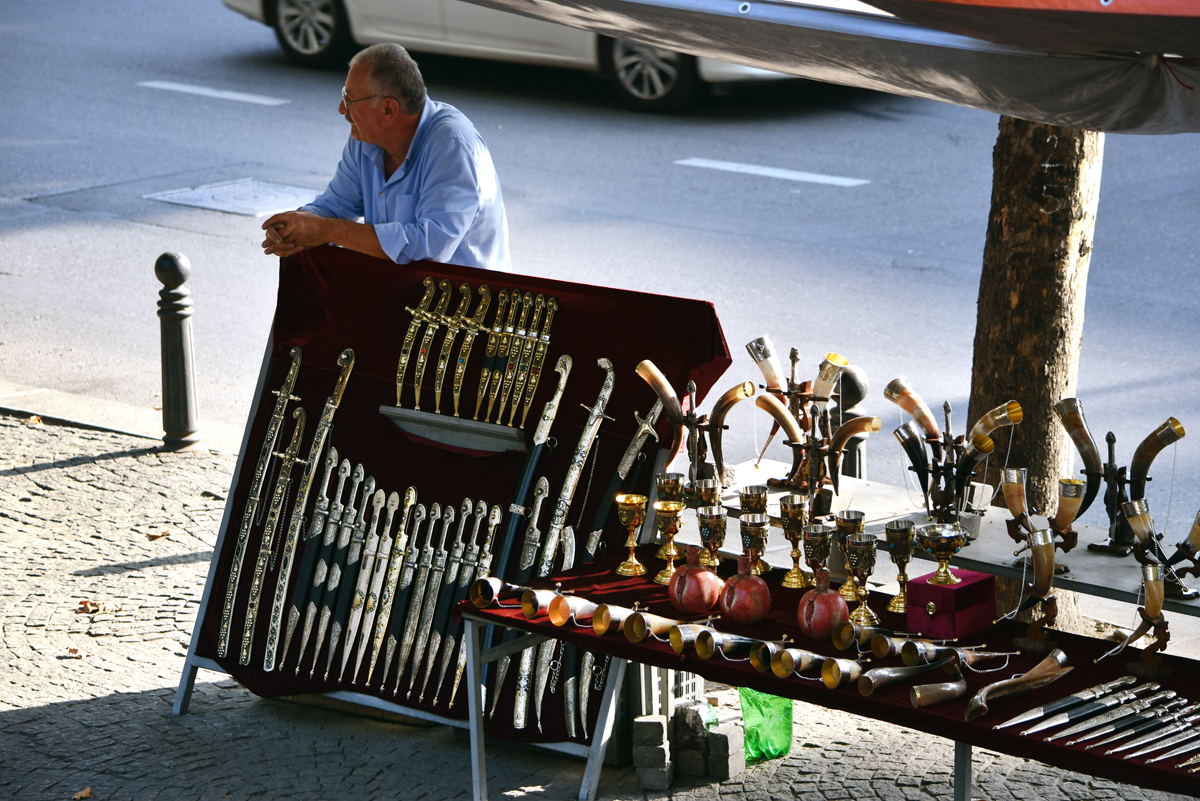 The fortified town of Sighnaghi is in the heart of Georgia’s wine region. Visit Bodbe Monastery, one of the country’s most prominent pilgrimage sites, and make sure to stop at one of the local cafes for a glass of Alazani Valley wine.

8. Relax at the famous Sulfur baths

Sulfur baths are an important attraction in the centre of Tbilisi. The public baths are famous for the water that comes from underground. This water is warm, even hot, and contains a lot of hydrogen sulfide.

Near the baths, in front of the fig gorge, it is impossible not to notice a monument with a falcon holding a pheasant in its claws. According to legend, it was thanks to this pheasant (that showed up during a royal hunt and was brewed in one of the thermal springs) that the city of Tbilisi was founded. 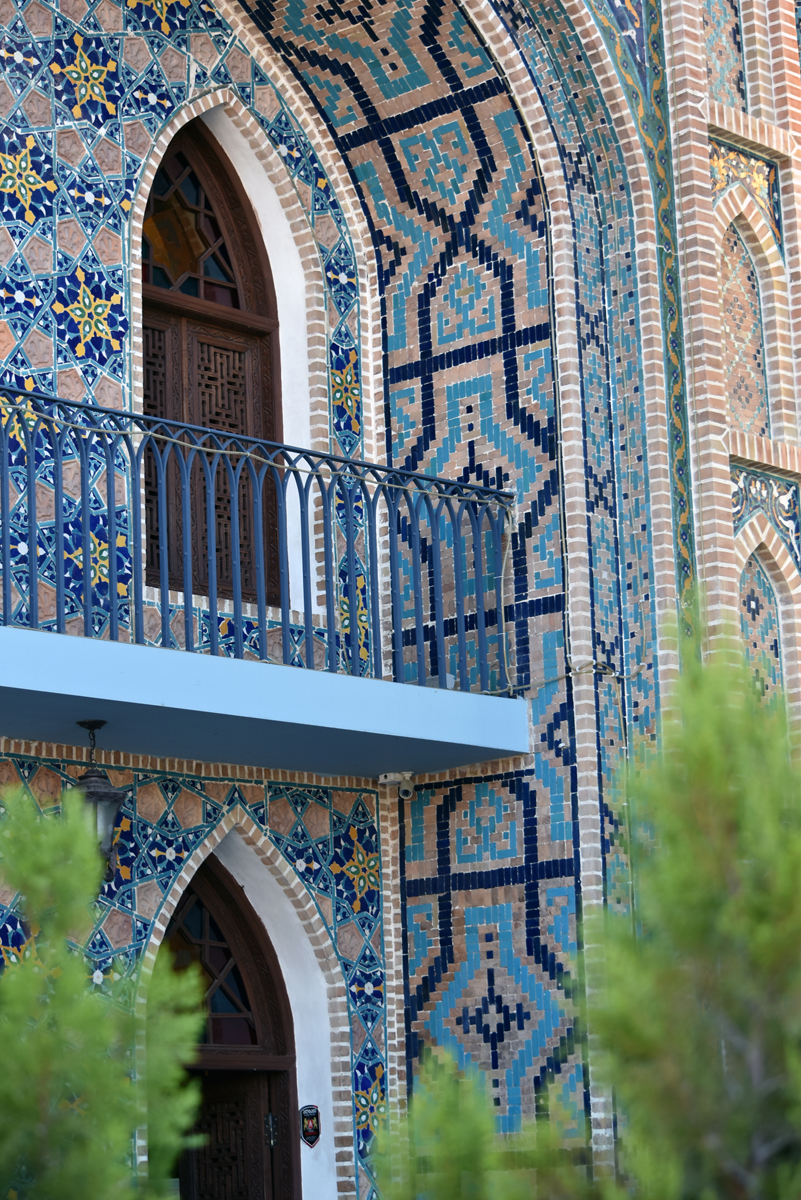 Trace the ancient Silk Route and visit Uplistsikhe Cave Town, the oldest cave city in Georgia, where you’ll find an ancient theatre, church and dwellings hewn directly out of the rocky hillside. Featuring labyrinths of tunnels and caves, a river under a rock and a lonely church, the place is so fantastic it resembles a theme park more than a historical attraction. When driving to Uplistsikhe pass through Gori to stop at the Stalin Museum and the ruins of the Goristsikhe Fortress.

10. Walk down the Tbilisi Peace Bridge at sunset

One of my favourite things to do in Georgia includes walking down the Peace Bridge right before sunset. This pedestrian bridge was opened fairly recently, in 2010. There are over 10,000 LED lamps built into the 156-meter-long bridge, which turn on daily 1.5h before sunset. Flashing lights transmit an encoded message in Morse code: the names of the chemical elements from the periodic table of which the human body consists of. According to its Italian architect Michele De Lucchi, this message is ‘a hymn to life and peace between people and nations’. 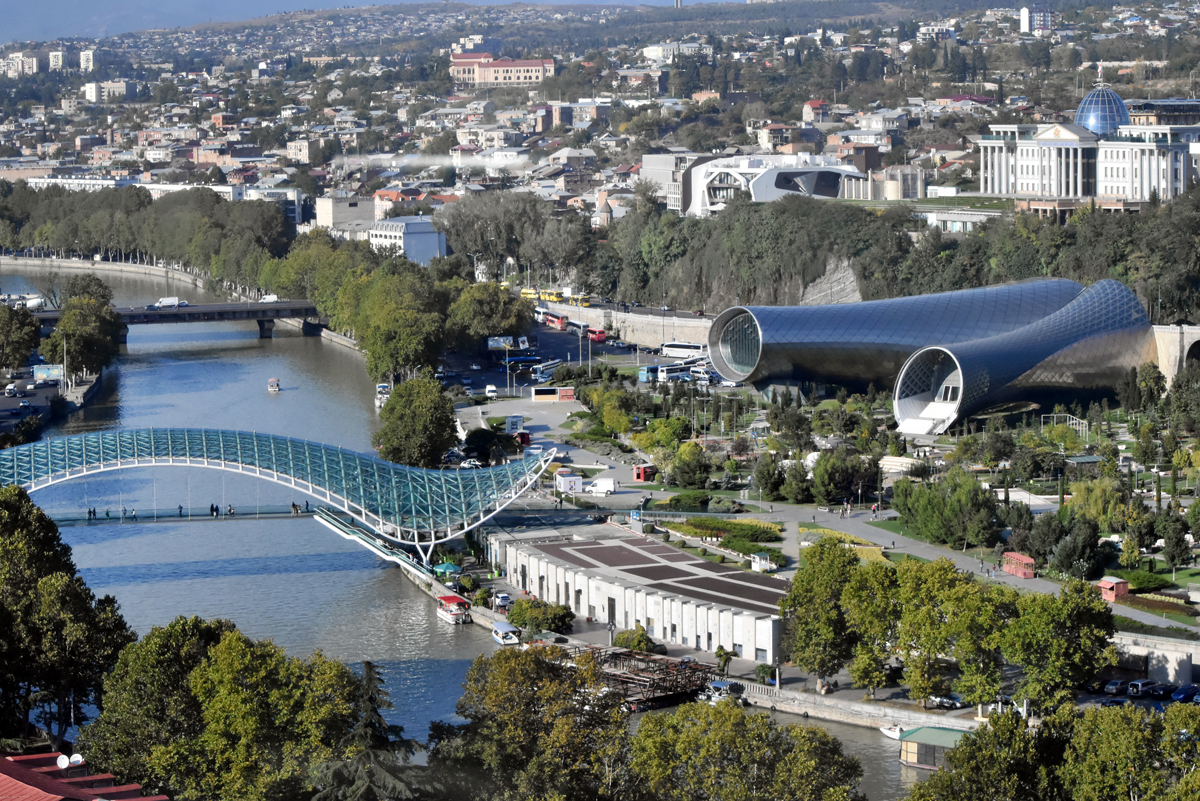 11. Admire the waterfalls in the National Botanical Garden of Tbilisi

Tbilisi National Botanical Garden is a real jungle in the historical centre of the Georgian capital. Up until 1845 it was called the Royal Garden and belonged to the royal house of Georgia, and then to the treasury of the Russian Empire. In the mid-19th century, the garden was transferred to the Tiflis experimental station and turned into a place for botanical research. Today you can wander around it and admire artistic bridges across the river, waterfalls and an abundance of local flora.

The idea of ​​building a cathedral arose in 1989 and was dedicated to the celebration of the 1500th anniversary of the independence of the Georgian church and the 2000th anniversary of Christianity. Built in 2004, the Holy Trinity Cathedral is definitely one of the main symbols of the ‘new’ Georgia. The cathedral majestically rises on the hill of St. Ilya on the left bank of the Kura River and is 101 metres tall, making it the highest in Georgia. Paying it a visit is definitely one of the best things to do in Georgia. 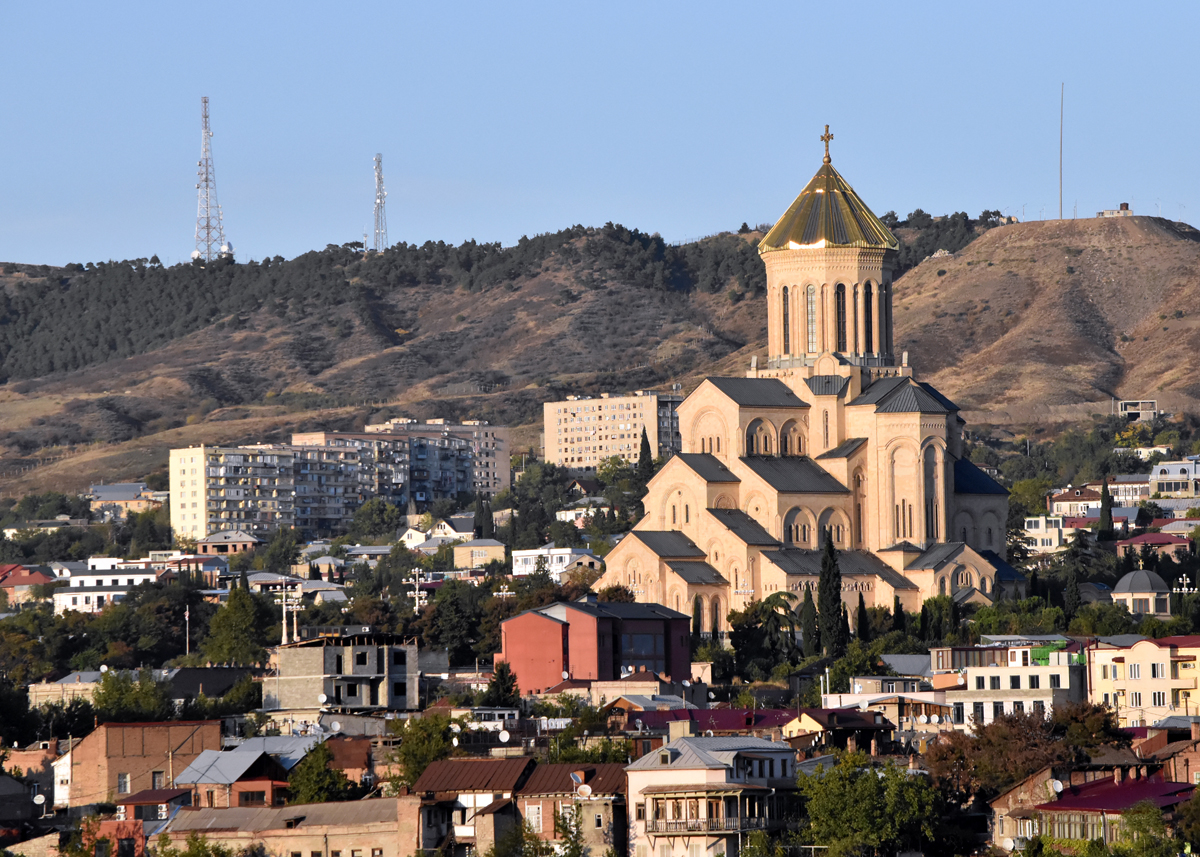 Georgia is probably one of the friendliest and most welcoming countries I’ve ever travelled to. You can feel the kindness and warm spiritedness of people not just when you go to a restaurant or buy a ticket at the museum, but everywhere. Your neighbours always say hello and are happy to chat, whilst villagers in Alazani Valley invite you for a glass of wine at their backyard winery. Whoever you ask for help will do their best to do so, even if they don’t speak good English, and if you ask for directions there is a good chance that you will be escorted to the destination. Locals believe that a guest is a gift from God, and they treat their guests much like royalty. 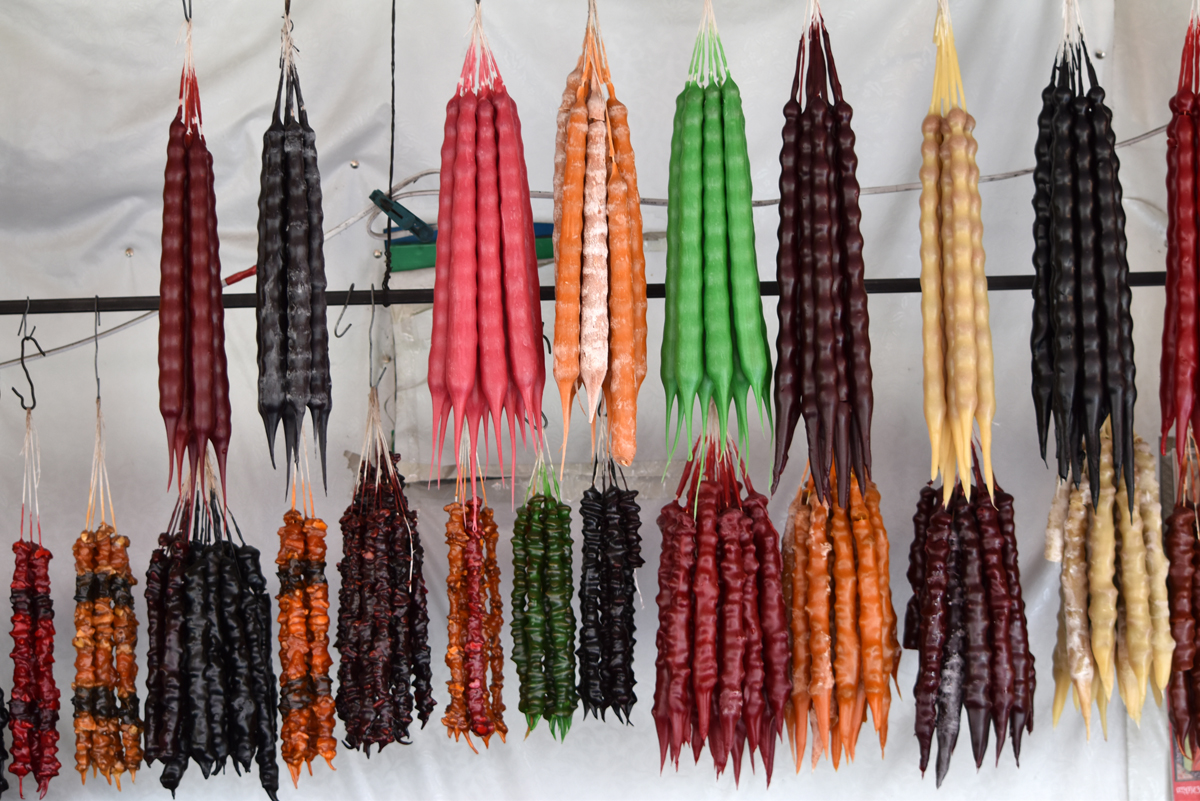